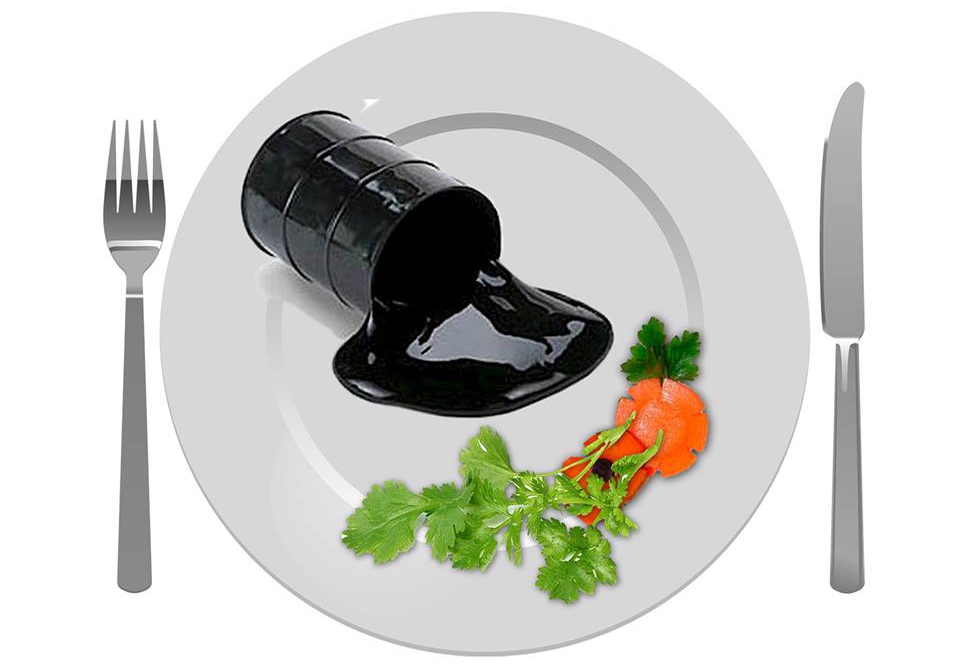 In Soviet Armenia, people didn’t attempt protest actions for social reasons: doing so was futile and dangerous. They would be dismissed from their jobs or be given a “political lining,” as they used to say during the Stalin years, and be imprisoned.

In this sense, not much changed also in the post-Soviet period. Since 1988, mass rallies would take place, but the demands weren’t social, but political.

One article (Yerkir daily, December 28, 1993) testifies that the situation was the same also during the “dark and cold years.” Everyone had been suffering already for two years from the 22-hour absence of electricity a day, but it wasn’t locals but the “foreign students who’ve come to Armenia” who publicly complained outside the Ministry of Foreign Affairs with the demand “We’re dying, light.”

(The writer himself simultaneously complains that in accordance with US aid procedure, single mothers received assistance, but mothers with husbands did not. Probably his family belonged in the latter category. But the journalist doesn’t even make approximate calculations whether the funds provided by the Americans would cover the cost of assisting complete families, which would probably be tantamount to Armenia’s budget that year.)

In the first part of this article, I tried to describe how the case of the “devoured mazut” was covered by the media, but there’s an entire generation that wasn’t even born then, and it’s important to restore the complete picture, so that the youth can judge for themselves to what extent were the “dark and cold years” the result of the usurpation of energy suppliers.

Armenia’s economy was experiencing a “transition period”: as a result of the termination of railway communication with Azerbaijan and Georgia and not having a market, state-run factories one after another stopped operating. Every year, the undeclared war with Azerbaijan was broadening, and more deadly and expensive weapons were being used.

And what accusations did the radical opposition press make to the government of the day?

“We Have Light — So What?” asked Yerkir, the official newspaper of the Armenian Revolutionary Federation (ARF), in January 1993 (January 14, 1993). The journalist, who thinks that “we’ve adjusted to the widespread chaos and organized neglect,” is indignant that “there are so-called privileged neighborhoods… whose energy supply is almost uninterrupted.” Azg daily chief editor Hakob Avetikyan was one of the “privileged.”

The clarification provided by Avetikyan, the editor of a moderate opposition newspaper of those years, was confirmed by Yerevan’s newly elected mayor Vahagn Khachatryan, who defeated the ruling party’s candidate.

“One of the questions: the separate local power supply of facilities insuring livelihoods — hospitals, bread factories, executive committees, police — should’ve long been dealt with. For example, I’m at my workplace from 9 am till 10 or 11 pm. Energy is needed for the work of city council, and the entire neighborhood gets electricity during that time” (“LEGACY: Interview with Yerevan City Council President Vahagn Khachatryan,” Yerkir, January 13, 1993).

He also mentions other reasons. In the Yerevan districts of Mashtots and Arabkir “is a 30–35-year-old electricity system. But there is also a subjective factor. Unfairness: no one can explain why we haven’t had electricity for 5 days.”

According to him, the state of the electricity system makes “the scarce supply of [natural] gas” difficult, which is due to Azerbaijan’s subversive actions against our gas pipeline in Georgia.

Another Yerkir news story signals: “Yerevan’s electricty system will not exist in 10 days.” Yerevan Electric Network Director Aghekyan gave an interview to the newspaper, whom the journalist calls “newfangled” (it’s unclear why he didn’t use a neutral epithet, “newly appointed,” for instance).

He tries with simple comparisons to show the severity of the situation: “If a man can lift 50 kg, and 1000 kg has been placed on him, he will collapse.”

And he makes an accusation… against ARF, of which Yerkir is the official newspaper. “The Armenian Revolutionary Federation is inciting the people against the energy suppliers… Whoever can, help us. The people attack us, [they] see physical revenge.”

The picture of the time wouldn’t be complete if we didn’t recall that the lack of electricity affected other vital sectors.

“With milk trucks and sometimes asking firefighters, with their vehicles we’re able to get water to factories.… Most of our factories have two-way nourishment; we also have factories that are provided with three-way nourishment. But in today’s hard conditions, some of the lines can’t resist, residents “join” the factories’ nourishment, and the cables get out of line.” This is an excerpt from an interview with head of the Ministry of Food and Procurement’s Bakery Department, Gagik Seyinyan (“Not Possible to Work Without Electricity and Mazut: Tens of thousands of people have been left without food,” Yerkir, January 27, 1993).

The number of residents who “connected” to the power lines of working factories, hospitals, and even trolleys was huge; added to these losses, as remote opposition press Yerkir recalls, were the outcomes of the pipeline explosions.

“The pipeline was blown up with such amazing consistency, that deputy prime minister, later prime minister Hrant Bagratyan one day warned that the explosions will end when either the gunpowder in Azerbaijan or the pipes in Armenia are exhausted.”

Defense minister in 1996 Vazgen Sargsyan considers the “cold and dark” years the price that Armenia’s residents had to pay for Artsakh’s liberation and capture of the neighboring eight regions.

“If… in 1998, anyone… appeared on the podium at Opera [Freedom Square] and said only seven years will pass and you will have an independent state… you will have a national army, you will have an Artsakh connected to Armenia, eight more districts in addition to Artsakh, and if they had asked, people, to have all this, are you ready not to have sausage for another 5–6 years, all of you collectively would say, yes, and you’d say so wholeheartedly, I’m convinced.”

Vazgen Sargsyan’s words are certainly emotional, but there’s also a film titled Story of a Privatization (filmmaker: Tigran Paskevichyan, director: Ara Shirinyan), which depicts the situation comprehensively: salaries in the early 90s barely covered the electricity bill; those who were insolvent paid their bills more faithfully than those who were well-off (according to 1991 data, “One-quarter of Yerevan residents… haven’t paid for electricity,” Yerkir, April 20, 2000); the illegal transactions between the “electricity man” and residents, which became restricted due to meters being relocated to outside apartments; even the unseasonable snow of November 4; and resuming the operations of the nuclear power plant, which made meaningless Azerbaijan’s efforts to topple Armenia with pipeline explosions.

All this leads to the conclusion that Armenia experienced “dark and cold years” because of many negative factors, only one of which is the never substantiated by serious judicial evidence case of the “devoured mazut.”