Media Battle v. Corruption: Is the Army the Mirror of Society? 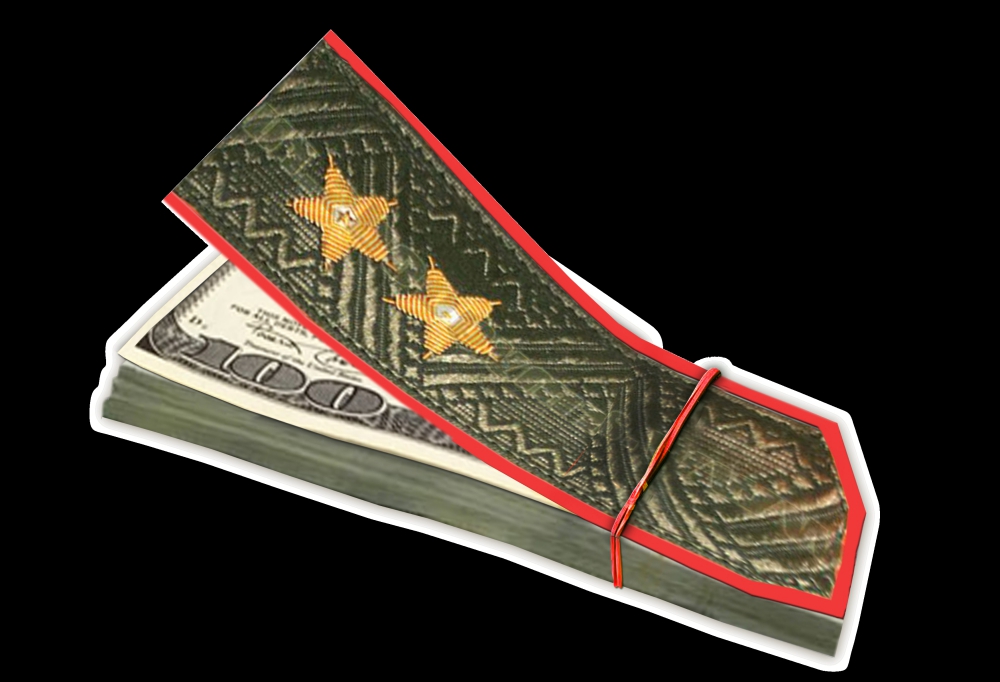 Mediamart (Media Battle) is a digital game developed by the Media Initiatives Center [also responsible for this site] for journalism enthusiasts. Independent Armenia’s media already has more than a quarter of a century of history, but media coverage of corruption (the fight against corruption) is more like a game — at least in terms of effectiveness.

5. Is the army the mirror of society?

For a long time, the Armenian government explained the country’s difficulties with the large costs required for the army and for security, and a significant part of the public hoped that the situation of that sector was relatively good.

Former defense minister Seyran Ohanyan’s statement likely contributed to the shaping of this view: he forbid his subordinates to use the expression “the army is society’s mirror,” “since, I believe, that with that we justify those incidents that occasionally happen in the army.”

Moreover, he rejected the argument that “such incidents happen in all armies.” According to him, “we are at the finish line of reaching the final development or perfecting of a national army.”

Nevertheless, it was during Ohanyan’s term in office, in 2012, when Hetq.am revealed that soldiers noticed a buffalo meat label on the product served to them as beef, but the media scandal was strange in its development.

The initial reaction of state bodies wasn’t evasive as usual.

One of the reasons probably was Armenian President Serzh Sargsyan’s speech in September of the same year, when he spoke of “kickbacks” and demanded “to catch them by the head, the big guys.”

Perhaps the fact that the video disseminated by the president’s press service had an unprecedented over 55,000 views on YouTube speaks to the public’s optimistic expectations. It’s true that the local media often viewed this sudden severity as the launch of the February 2013 presidential election campaign.

In March 2013, the Prosecutor General’s Office of the Republic of Armenia issued a statement that the director of A. Ohanjanyan LLC, the buffalo meat supplier, was detained in 2012, while “on February 21, 2013, and February 22, 2013, arrested and then detained were, respectively, the commander of N military unit (Lieutenant Colonel by title) and his deputy in logistics (Major by title). At the same time, as part of the same criminal case, the head of the storehouse of the same military unit was charged and a signed release not to leave the country chosen as a preventative measure.”

Former Prime Minister Tigran Sargsyan’s name was touched upon in the media, but he attributed the accusation of linking his name with “Indian meat importers” to “well-known political forces” who were trying to defame him (Hraparak, “New faces behind the buffalo meat,” October 4, 2012. Most likely, Tigran Sargsyan was alluding to opposition political parties that were fighting against him, so that then parliamentary speaker Hovik Abrahamyan would take the prime minister’s seat).

In May 2013, Albert Ohanjanyan was released from prison, the decision explained by his serious health condition and by the restoring of the harm caused to the state. In light of recent circumstances, the two officers “preventative measure” was also changed.

On this occasion, Haykakan Zhamanak (Armenian Times) voiced a widespread view: “Revelations of state money theft happen only when ‘the top’ doesn’t get anywhere or, more accurately, is paid less” (“Give the Money, ‘Kickback’ As Much As You Want,” May 22, 2013).

Vahe Sarukhanyan’s reports, which were regularly published at Hetq.am, drew a picture of a different crime being concealed. “The defense army gets a lot of food stuffs, including meat, from the Ministry of Defense Yerevan’s food storehouse. In other words, defense army soldiers are only recipients, yet it is they who are accused of criminal charges today.”

The validity of this observation was later confirmed by the rebellion of one of the soldiers, which the media practically didn’t react to. Of the accused, Major Arto Chitchyan claimed he was innocent, even at the cost of refusing amnesty.

According to Lragir (“Buffalo Meat Case May Reach European Court [of Human Rights],” September 8, 2014), he “as well as witnesses in court testified that they saw the contract between the Armenian defense ministry and Albert Ohanjanyan LLC only on February 13, 2013. Moreover, the military unit did not receive goods from the supplier; it received them from the defense army’s food service and accepted the goods according to the invoice.”

How the major later acted the media didn’t report. There is only one item, the Armenian Renaissance party’s statement, that contains a ridiculous and bizarre call:

“To the political authorities of the Republic of Armenia:

“To the defense army’s commander:

Apparently, the officer was once again admitted into service, and he abstained from appealing the court decision.

According to Vahe Sarukhanyan, “the media fulfilled its watchdog role,” but a question remained pending.

“It’s funny: the ‘big guys’ in this case were two lieutenant colonels, one major and subordinate officer, and one businessman? What happened to General-Lieutenant Arshaluys Paytyan, Deputy Chief of Staff of the Armed Forces, who was responsible for the army’s armament and procurement system?”

April 2, 2016 more explicitly revealed the outcome of banning the phrase “the army is society’s mirror.”