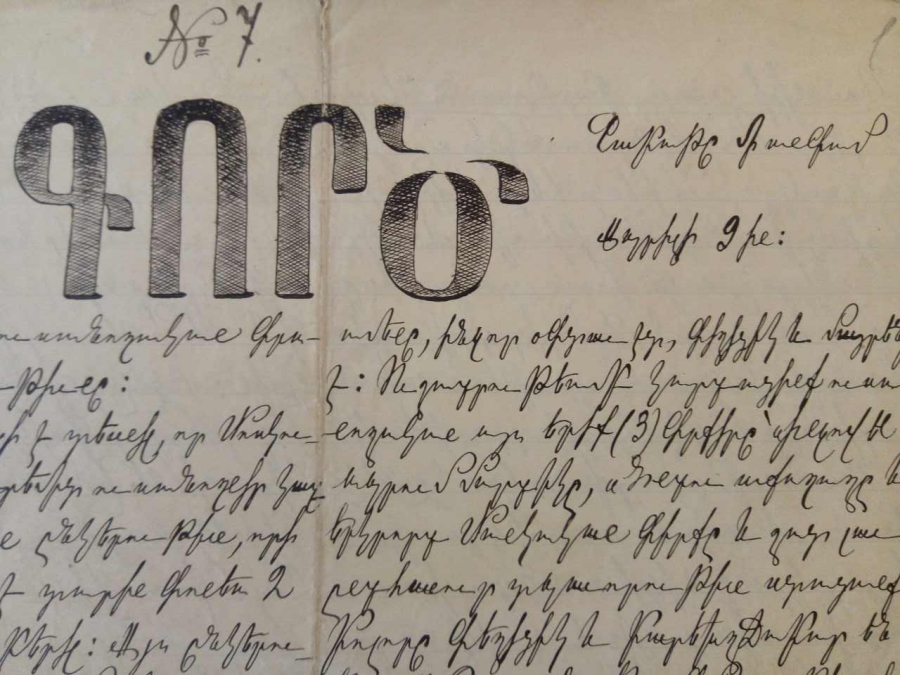 During the end of the 19th century and early 20th century, published alongside printed newspapers were handwritten newspapers in Armenian script.

Why were these newspapers written by hand when printing presses had long been in use? Who were those people who were ready to write and copy issues of the paper in this extremely laborious fashion, for a limited audience and a small “print run”?

The newspaper was published only for two years, from 1887–1888, first as a weekly, then as a monthly paper. 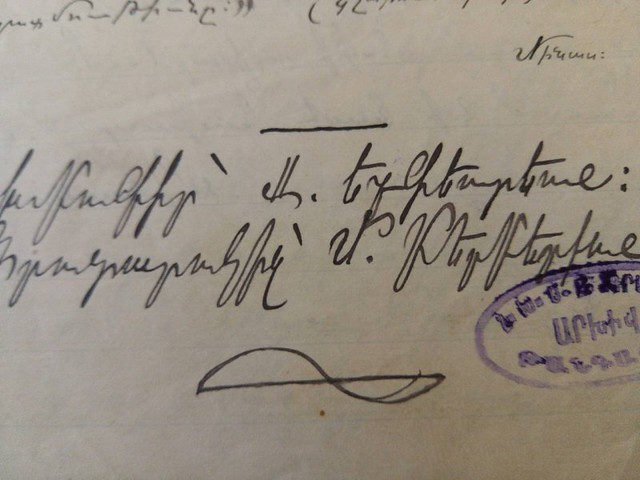 As for what purpose this handwritten newspaper published by 5th grade students fulfilled, we read about in the paper’s 8th issue: “As is known to the reader, we Russian-Armenians have two published daily newspapers, Mshak and Nor Dar, the weekly Ardzaganq, and Aghbyur monthly. Our readers may be more or less familiar with all these newspapers; for this reason we consider it unnecessary to talk at length about them here and discuss their good and bad aspects. Reading different types of books, of course, we benefit from all sides, but to be satisfied by reading only published books is too small. Our remarks this time don’t refer to children at all, but only to older students because reading the newspaper is not that interesting to children, nor are they prepared. But reading the newspaper is necessary for our students, if not always, then at least sometimes… Instead of spending 120 and even up to 150 rubles a year in vain on things for the stomach, clothing, and unnecessary fashion, you must spend 3 or 5 rubles on the newspaper, for it to be good and useful.”

Gorts was written on two sheets. Each author would write her article in her handwriting. Moreover, newspaper page layout rules were preserved: articles on the same page were in columns.

Judging from its content, the newspaper can be considered sociopolitical and somewhat literary. By the way, Russian literary critic and Armenologist Yuri Veselovsky was a correspondent for the paper: he wrote his poems in his handwriting.

Here is an excerpt from the first issue in 1887: “Many times we’ve hotly debated, talked about the general rebellion and freedom of our oppressed nation, but we haven’t thought that the Armenian doesn’t recognize himself, but without self-recognition, no work is done, especially such sacred and serious work as general national rebellion. Yes, there is no better way to enjoy perfect freedom than rebellion… We, sons worthy of brave and holy ancestors, were unable to keep the independence and freedom left as a legacy to us, and now we are vile slaves, the foreigner’s servant, why?…” This was the seminary students’ response to the teaching of Armenian history being banned in Russia, to some Armenian schools being shut down. 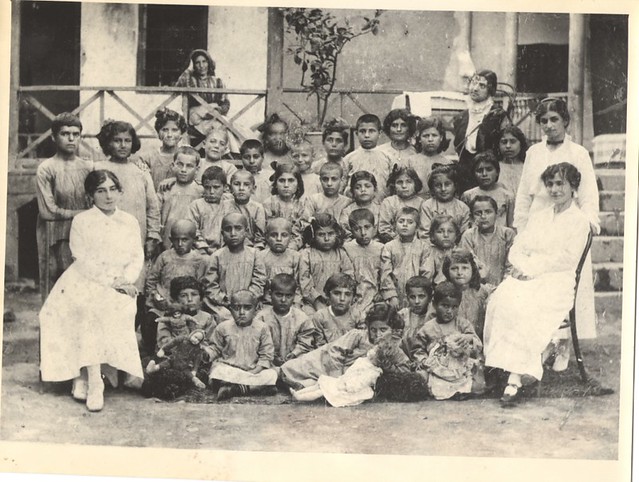 The handwritten periodicals became especially widespread after the Armenian Genocide, in orphanages and Armenian schools.

During those hard times, many orphans found their parents’ affection in familiarity with poet Vahan Teryan. Not having the poet’s printed works on hand, the educated adult orphans, copying them in handwritten journals, would disseminate them. In Tbilisi, Baku, Gyumri, and elsewhere where there were orphanages, with the efforts of literate students, handwritten journals were published and theatre groups were formed. Baku’s Philanthropic Organization, Tbilisi’s Benevolent Union, Moscow’s Armenian Committee, and other charitable organizations through handwritten journals tried to develop the orphans’ intellectual abilities and identify those with good writing skills. The literary journals Paros, Tsiatsan, Aragats, Boghboj, Ayg, and Tsil were created in the orphanages of Gyumri.

Also preserved in the Charents Museum is the collection of the Ayg “literary and moral biweekly.” Unlike Gorts, which was written in a rushed, somewhat irregular script, in Ayg, all the rules of stately writing were kept. 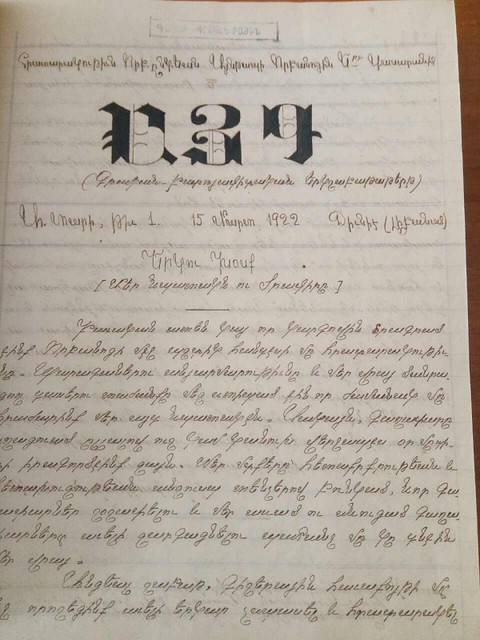 In the March 15, 1922 issue, which the grade 5 students of Ayntap’s orphanage compiled, the preamble is how the idea of compiling this handwritten paper matured. “For a long time, we had properly planned in the orphanage the publication of a small journal, [but] the discomfort of circumstances and the heavy toil of our lessons forced us to abandon this goal. But the idea being conceived, sooner or later one day we would finally implement it.

“Last week, at a nighttime gathering, we decided not to wait any longer and publish a biweekly named Ayg. Ayg’s purpose is simple and certain: the moral and cognitive development of us orphans.”

Another of the handwritten newspapers, Paros, compiled again by orphan survivors of the Genocide, got the attention of Mshak newspaper. “We of course don’t talk about its [Paros’] literary merits. We picked up a pen to emphasize that the orphans’ mental state is unenviable. Their childish babble tells us a lot. In the so-called editorial piece, there is an effort and an invitation that it’s enough, orphans writing songs of grief and pain. Young hearts must sing joy and love. But when you leaf through the other covers, you see how the following pages, one after another, are gripped with a gloomy mood… The orphan students’ monthly paper has great merit as a dear document that stems from such a source that no genocidal [person] would consider it their right to even search for a glimpse of deceit…” (1919, N4).

Handwritten newspapers, in fact, are documents, written in the hands of children who experienced the Genocide and who lost their parents. By the way, Hovhannes Shiraz, Khachik Dashtents, and other writers took their first literary steps in these papers.