Strength and Weakness of Images in Aurora Photo Competition 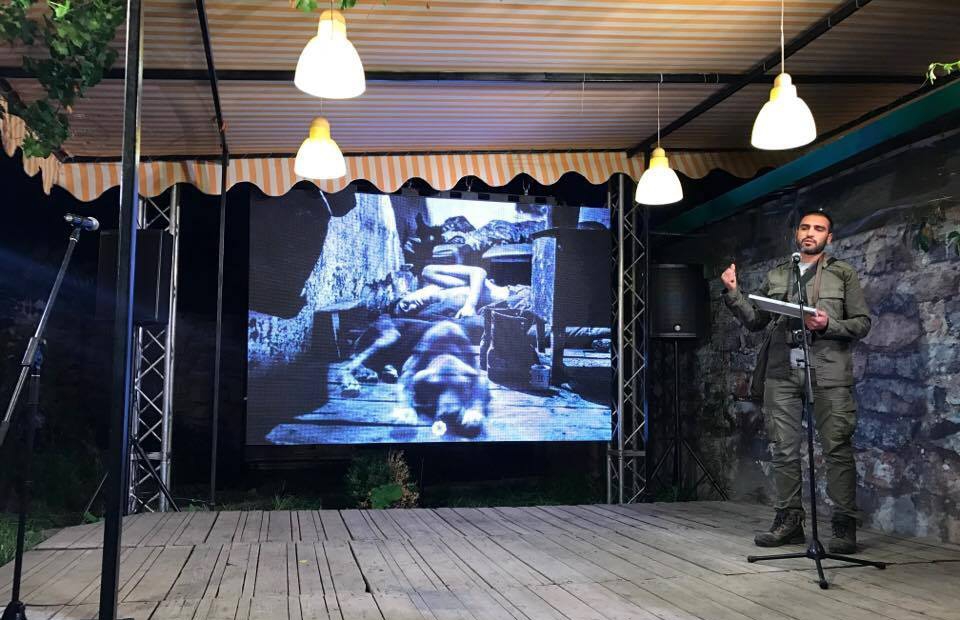 The Aurora Prize for Awakening Humanity has been supplemented with other related events and competitions of various calibers, which must become the satellites of the large humanitarian award. There have been contests for short films, children’s pictures, and photos, which, according to the organizers, should publicize the Aurora Humanitarian Initiative and make its message easier to grasp. As the philosophers say: make the larger more noticeable through the details…

The humanitarian idea, empathy, to sympathize and support, and the practice of achieving completeness and harmony through sympathy and support itself is, in fact, difficult to explain.

According to the contests’ rules, the photos and films must express the idea of humanity as defined in the Aurora Prize selection criteria: courage, commitment, impact.

Transferring these words to the domain of art (film and photography) as standards is risky, since art is not just journalism and documentation.

And a few additional layers, including also symbolic, need to be added to the registering of the event. After all, compelling, courageous behavior in life and the power of a compelling image can also find themselves in tremendous opposition.

A good photo is always between fact and symbol. For example, the photo below, the photographer of which is Areg Balayan. During the 2016 April War, he captured this moment, which is outside of war, catastrophe, pain, weaponry, and death. And not only outside, but above.

The core of humanity is love… In this photo, there is love, without sexuality. There is a break in the “anti-human” chain. There is the idea of friendship and brotherhood, which is several times more valuable than being comrades-in-arms. 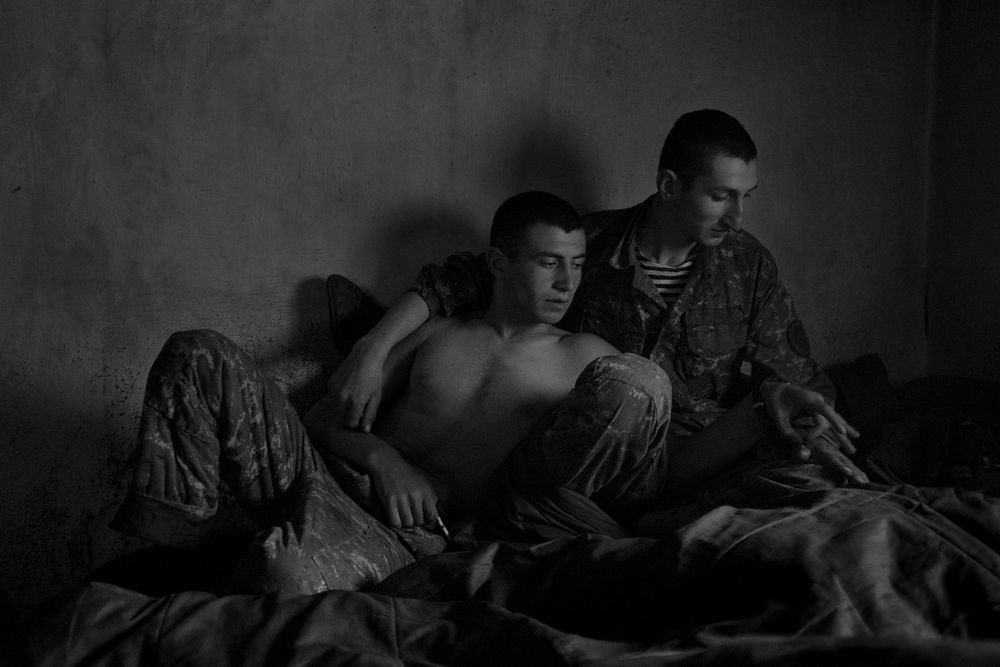 During the award ceremony, Aurora Humanitarian Initiative CEO Arman Jilavyan said: “The role of art, especially contemporary, is very important because art interprets and find the keys with which words become emotion then deeds. This is why we’ve organized this series of competitions, so that we collect humanitarian ideas also from the world of art.”

Looking at the Aurora Photo Competition participants’ photos, one gets the impression that there are few photos worthy of a high-quality international contest. In fact, there are almost none. And on this backdrop, Armenian photographers’ works are more resonant and expressive, which is quite surprising and at the same time worrying.

If there is no satellite-contest equivalent to the weight of the main Aurora Prize, the course of the main planet is questioned.

The same can be said about the film competition. Timeliness, emotion, and being compelling must pass through more dense and rigorous filters in works of art. And not just the measure of age (only those under 40 could participate in these competitions).

Perhaps this isn’t one of those cases where one must wait for a contest to gather greater momentum each year. If it begins, it must immediately aspire to the role of defining higher standards.

The winner of the 2017 Aurora Photo Competition is the photo “Finally, some rest” (Areg Balayan). Second place goes to “Problem of daily water in the border village of Tlik” (Sargis Bulghadaryan) and third place to “Behind tin walls” (Thai participant Visarut Sankham).

A selection of photos has been collected in the Capturing Humanity exhibit and is open to the public at Dalan Art Gallery in Yerevan.

Through the Aurora Prize for Awakening Humanity, Armenians express their gratitude to their saviors 102 years ago. Including also through this competition. Perhaps the best thanks will be a clarification of the value scale. Next year.