The Individual Is Just a Line on a List 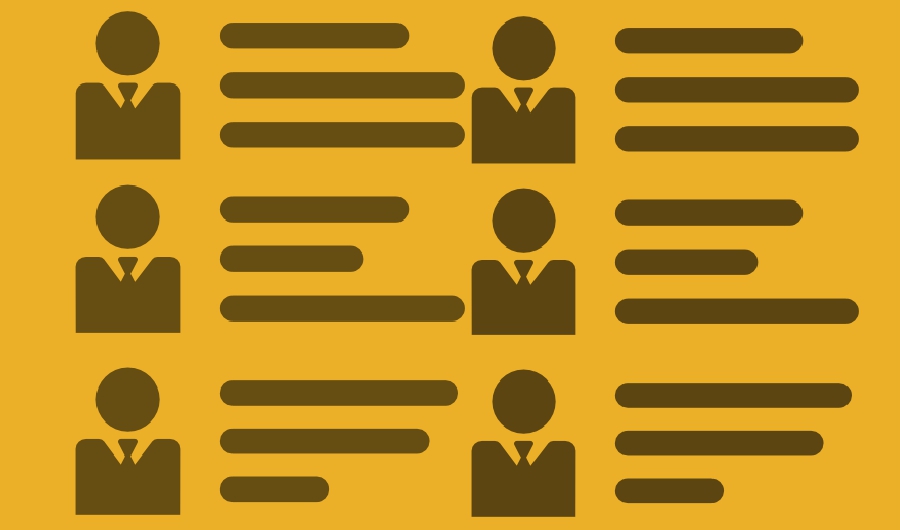 In recent years, one of Armenia’s achievements has been refusing concepts based on individual development.

Discussions on the idea of a human-centered society are slowly being pushed out from different areas — from public officials’ speeches, state-funded cultural initiatives, school programs, and media (mainly television) content.

Great efforts and funds are being invested to make the individual mark unimportant, secondary, irrelevant. There is no individual; there is only part of the greater whole. For instance, a line on a list.

The individual as an entity that is self-sufficient and has the potential to constantly evolve is no longer current. What is current are groups. For example, national. Or military. The bigger, the better. The more abstract, the better.

The slogan that the party that came to power (the Republican Party of Armenia) proposed, in fact, fell on fertile ground. The “nation-army” became a means to renounce without tribulations thoughts of individual harmony, gratification of self-development, and comfort.

Say, if we’re talking about the use of public transportation in inconvenient and humiliating conditions, the answer undoubtedly includes a reminder of the Armenian nation’s centuries-long endurance and the mission to be ready for military operations.

And the person who raised the question about public transportation falls silent, continuing to squeeze into unpleasant and unhygienic mini-buses because he doesn’t want to be detached from the Armenian nation or immune to the challenges of the army.

It seems man is nothing if he speaks only for himself, that is, without connecting his self to larger abstract meanings: to his people, to heroes, and as its top layer — the current ruling authorities.

But of course Armenia’s rulers need to be supported, since a country that is surrounded and at war cannot allow itself to speak of personal comfort, everyday problems, and individual development.

If you watch television after a long break, you undoubtedly would have noticed that the language emitted from the screen has become so inflated that it no longer has any connection to reality.

It seems the channels have reached a tacit agreement to talk in such a language and invite as guests such people who will emphasize on TV programs of various lengths and formats their joy at being in accord and being together. And definitely their enthusiasm to trample upon enemies (for example, at a song contest or sporting events).

The May festivities oversaturated the audience with this vigorous articulation. During the broadcast of the 2017 Eurovision Song Contest, for example, the commentators were shouting so intensely, “See, our tricolor [flag] is waving” and “Our guys will win” that one had the impression they would now simply explode from the pathos they produced.

The commentators were connecting the song contest to the May victories and our heroic past. The more, the merrier. The more abstract, the more festive.

Basically, the singer representing Armenia is a soldier, who is caught in the path of heroism.

Semantic traps no longer interest anyone; they’re even encouraged. The film Kyanq u Kriv 2 (The Line 2) shown on Public Television on May 9 is proof of this. This feature-length film creates a reality where you have to be a soldier to be a person. Not a doctor, actor, teacher, or simply a self-sufficient and unemployed person, but a part of the army. If you’re not a soldier, then you’re not a person…

The army is the antonym of individualism. The individual is silenced and subordinated to the command system. In the army, they don’t think; rather, they’re subjected.

Just as they don’t leave restaurants’ banquets and go, for example, to the museum or read a book. The restaurant is (national, unanimous and happy) recreation of the masses, whereas the act of developing and enriching your own inner world is a self-immersed occupation.

Now there’s no time to be self-immersed. Now you’re not required to be an individual; you are required to be a soldier. And consequently, to be prepared for death and martyrdom. And not life…

It’s no accident that the most common word in Armenia has become “list.”Everyone’s going around with lists, distributing something to those not on the list, getting something from those on the list. And then suddenly new lists appeared. And some said those aren’t the lists that are implied, but are a type of other, additional and related lists. There’s also a subtle psychology at work: when a person (it doesn’t matter whether willingly or not, temporarily or permanently) is included on any list, that person with greater vigor and pleasure begins to include others in the lists (it doesn’t matter whether on the same or completely different lists).

The person who has refused the right to free choice likes to deprive others of the ability of the right to be free: “I’m on the list, and what makes you better than me that you’re not on the list and you’re different than me?”

Being different requires strength. Being off the list, likewise.

And if Armenia’s rulers now want us nationwide to be proud of war and every day be prepared for war, being different becomes more difficult.

Being different now means remaining an individual. Individualism is the exception to war.

Man wants to be needed as himself. He simply can’t live long sidelined and deprived of being needed. And if suddenly it becomes clear that the only thing that has meaning is war, he refuses life and chooses war. He refuses individualism and becomes a line on a list.

In Armenia, elections are also war. Placing your ballot in the box isn’t viewed as a covert, individual act based on internal reflection. Elections have become a battlefield, where enlisted soldier-voters who carry out instructions are needed.

The commanders are pleased, but Armenia’s viability is inevitably fading.