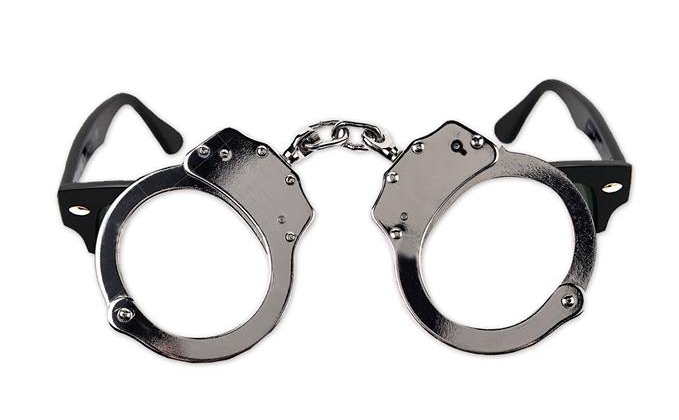 “Dollars in the Criminal Code” reads the headline of one of the articles in Golos Armenii newspaper (Jan. 20, 2009). A fight between two minors ended in a stabbing. Kotayk Division Police investigator Serob Khachatryan, head of the department Viktor Papyan discovered, asked for $5,000 from the stabber’s mother.

National Security Service (NSS) employees arrested the investigator on the spot — the money was in a copy of the Criminal Code. It’s symbolic: the Criminal Code is not a means of punishing the guilty, but a source of bribes and a place for corrupt police officers to hide them.

Another source of illegal income is pre-trial detention. Here is a clip from the joint Armenian Helsinki Association and Epress.am film 72 Hours After Freedom: Torture in Police Custody (filmmaker: Tigran Paskevichyan).

In the case of another detainee, Mher Andreasyan, the police responded only when the torture became public. “The beatings ceased as a result of not the police officers’ ‘mercy’ but their fear. They saw that Andreasyan lost consciousness, after which they called an ambulance. The paramedics who arrived on the scene provided medical aid to the victim and left” (Haykakan Zhamanak, “Severe Beatings in Police Custody,” Nov. 30, 2012).

The film presents also cases where the detainee was beaten in police custody that neither the doctor nor the media could save him. Gyumri native Galust Dilanyan’s body was returned to his relatives one day after he was detained.

The law requires that pre-trial detention not be of a punitive nature, but, according to the film’s experts, it has turned into a real punishment. The competent authorities refuse 90% of motions to change the precautionary measure, moreover, with the management’s required approval. Following the ordeals in pre-trial detention is the interconnected corrupt pressure on the accused of the court, prosecution, and often even the attorneys.

It’s no coincidence that the European Court of Human Rights (ECtHR) regularly overrules the rulings of judges in Armenia. CivilNet saw this process fairly within the series “From Your Pocket…”: the judges, being subjected to money or political pressure, deliver an unjust ruling, while the state budget — which is generated by our, Armenian citizens’ taxes — compensates the damage.

A significant number of such ECtHR rulings refer to the March 1, 2008 attacks against demonstrators protesting the official election results. Rulings on residents evicted from their homes under the guise of eminent domain are also numerous. Tigran Paskevichyan’s film Otarum (Alienation) is dedicated to the problems of former owners of surrounding area of Yerevan’s Northern Avenue. The filmmaker describes how the ruling authorities have “boycotted” the journalistic investigation.

The film, being translated also into English, brought certain benefits, for ECtHR to satisfy the demands of the affected residents.

No less telling are the incidents when police attempted to frame “bothersome” journalists. Haykakan Zhamanak economic pundit Hayk Gevorgyan recalls now with humor an unsuccessful attempt to prevent the publication of a news story.

Gevorgyan was arrested for a hit-and-run, but the police quickly rejected the charges from fear of public resentment.

The experienced journalist ultimately ends one of her news stories (“The perpetrator is known but is not caught”) as follows: “P.S. We ask Prime Minister Tigran Sargsyan not to assign an ‘internal investigation’ related to this news story. The ‘traditional means’ of covering up a crime are more than enough.”

Other symbolic cases are also covered by the media.

A journalist is surprised that the court is inclined to deem guilty a young man who had to defend himself from being attacked by 8–9 people because the father of one of them, the owner of the car that caused the accident with “gold” license plate number 33 333, is Ajapnyak tax police chief Mihran Davtyan.

The media reports amounts of bribes from which you can lose your sense of reality. Vizkon Ltd. founding director Pavel Anderson confessed that he directly and indirectly paid a bribe of $750,000 to then Yerevan Mayor Yervand Zakharyan and Projects Implementation Unit Director Karen Davtyan to construct buildings on Buzand St., which was recognized as “eminent domain.”

Criminal proceedings were launched against former police chief of Shirak regional administration for accepting a $50,000 bribe to deem innocent the culprit of a fatal accident.

Someone named Aram Martirosyan for $300,000 freed himself and his brother from punishment, bribing Gavar police chief Manvel Shahinyan, and former head of the police investigation unit Hovik Tamamyan participated in the deal.

It’s true, also often is that the media offers only cursory coverage of criminal cases that have dubious processes, as a result of which many crimes are easier to conceal in different courts. Also rare are analyses, generalizations, particularly as to why, as a rule, former and not current officials’ major crimes are uncovered.

The law enforcement system, of course, is part of the corruption pyramid, but unique in the sense that here is where citizens affected by corruption in other areas, people subjected to political and other pressure by businessmen, investors, and rank-and-file soldiers, their last hope dies.

The start of the article series: “The Illusion of Choice.”
Media Alerted from Behind Bars (Part I)