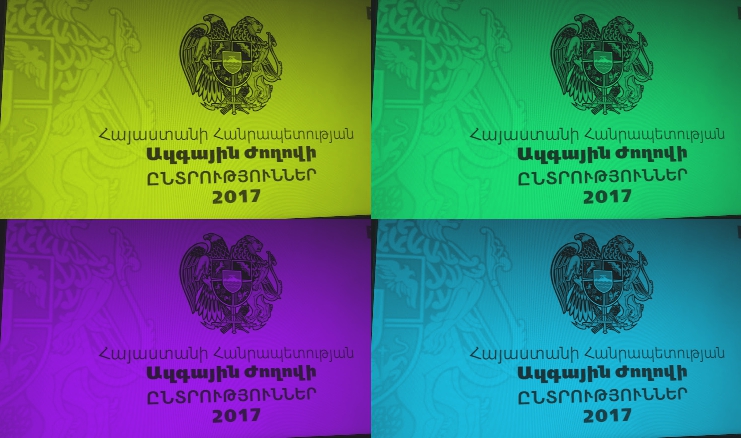 It’s only the Electoral Code that regulates it somewhat, calling it, however, not political advertising but election campaign. And a certain period of time is established for the election campaign, with a particular emphasis that outside of that period, campaigning (let me stress: campaigning, not political advertising) is not prohibited. This is the wording in Chapter 4, Article 19:

“The period of election campaign shall be the period prescribed by this Code during which the rules prescribed by this Code and aimed at ensuring equal opportunities for the political parties running in elections and candidates, such as the rules on making use of public resources, conducting election campaign and ensuring financial transparency, are effective.

in elections and of candidates, and shall expire on the day before voting day. The campaign during that period shall be hereinafter referred to as ‘the election campaign.’”

And it was referring to this wording that government officials (for example, Minister and Chief of Staff of the RA Government Davit Harutyunayn) justified the appearance of election posters in the capital ahead of the official start of the election campaign, saying: “The election campaign is regulated beginning on the 5th of the month, but that doesn’t mean that no one can engage in campaigning until the 5th of the month — just that the election campaign begins on March 5th. And until then, any speeches, appeals, and so on, is an ordinary campaign, which is not regulated by law. And that which is not prohibited by law is permitted.”

You can’t say anything. Except for one thing: “Well then regulate it — who’s stopping you?”

I had once proposed to stipulate in the Electoral Code banning any campaigning or political advertising from the day an election is announced to the start of the election campaign period. But my proposal, as you can see, wasn’t adopted.

And not being regulated is beneficial to the ruling authorities, whose members immediately after the election is announced and until the start of the official campaign period begin to create the illusion of intense activity, essentially carrying out an election campaign, which is not an “election” campaign per se, since that’s how it’s defined in the Electoral Code… I agree, it’s ludicrous.

Please don’t misunderstand me: I’m not against political advertising, but I want it to be regulated by some law.

In my opinion, the next hidden danger is the so-called “day of silence.”

The same Electoral Code article stipulates: “Campaigning on voting day and on the preceding day through public speeches, public events, as well as through print media, and radio and TV stations that broadcast terrestrially (including during satellite broadcasting) shall be prohibited.”

Several times I’ve had the opportunity to say that the ban on campaigning on election day and the preceding day is an anachronism.

In the current age of technology it’s not possible to monitor, for example, where campaign materials will appear online.

An obvious example: any political party has an ad on the front page of any website, and that remains also on the day preceding and the day of the election. Or, the website publishes nothing new on April 1, doesn’t update its newsfeed and yesterday’s news, which may also be campaign news, remains on the front page…

Examples abound. For print media, it’s easy: they simply don’t go to print on those days. It’s hardest for TV news and news websites: appearing in the day’s news may be any person who actively participated in the election campaign, and you can’t predict the consequences…

But the worst thing is that this ban still works in favor of the current authorities.

Experience shows that on that day the president, prime minister or the ministers meet with some delegation or open something. I think this will happen during this election too. The prime minister will welcome a delegation; the defense minister will suddenly remember that he has to go visit the border; and the Yerevan mayor, for example, will become acquainted with the condition of the parks (well, to see “is it beautiful,” or not?).

All this will be covered by all the TV and radio stations, and then the same officials and the Central Electoral Commission representatives with smart looks on their faces (are your ears ringing, Baron Munchausen?) will say that that wasn’t a violation: people are fulfilling their official duties…

But isn’t it better to immediately remove that “day of silence” and the ban on campaigning on election day, to prevent such questions being asked by people like this lowly journalist?