A Dilemma for Media: What to Write Today? 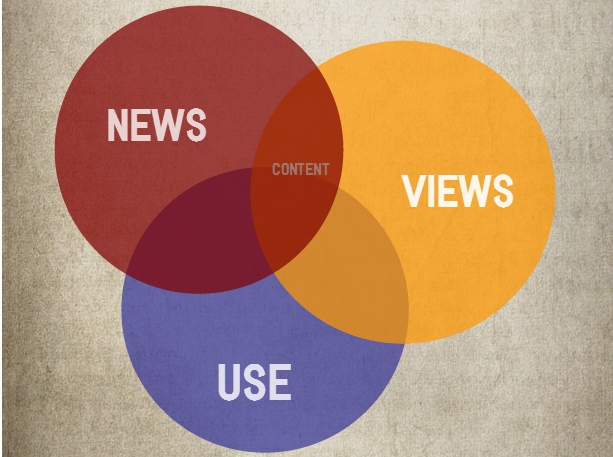 The choice of a topic is a priority issue not only for garden-variety journalists in their everyday work but also for media companies in terms of strategy. The question “What to write?” implies seeking out angles and digging information. After all, if you know what to write, you know how to write it.

Articles and news in the media can be roughly divided into two categories. There are articles that don’t have a large audience but they get published because they are considered important by the editors. The second category includes articles that are unimportant, trivial and easy to digest. They get emphasized by the editorial staff because the latter believes that it will help the media company to reach out to a wider audience.

And this is a strategic dilemma not only Armenian but also international media. We can say that the truth lies somewhere between these two approaches. The most convenient channels for information dissemination are social networks that help to deliver information to the interested groups in a targeted manner. Every media needs to create a community and to maintain and nurtured a connection with them.

For as long as subscription to different branches and sections of media is unpopular, social networks remain the best platform for working with communities.

Of course, social networks cannot convert views into money, so monetization still remains a challenge to be overcome.

What do users of social networks want to read? We believe that, on one hand, news on political developments, thoughts expressed by politicians, and rumors about their secret ties are among the most demanded by users. On the other hand, we have show business and lifestyle related news (weight loss, reports from weddings, etc.).

The space between these two poles in Armenia is quite big and clearly defined. Moreover, it’s obvious not just from the format, the language and the style of the articles (they are often the same and indistinguishable) but from the separation of topics. It’s as if there are important, urgent topics and easy topics of lesser importance.

New York Times published data that shows how popular their sections are by Facebook shares and likes. The data provides food for thought. It is not as simple and clear-cut as expected.

It turns out people want certain things from media; tips, guidelines, applicable information. In short, what to cook, how to parent, what to wear, and in general, how to live.

This tendency is understandable from an ontological point of view. People try to resist the flow of information and to chose useful and “selfish” means of communications by adapting their newsfeed to their everyday needs.

In recent years, social networks got us used to live in information overload, where the most important information is the latest information. But the situation, where new information is constantly updated by newer information, has reached a point when the significance of events gets blurred.

In such a chaotic and noisy media field, practicing asceticism in media consumption becomes very important. It isn’t about new, it’s about useful.

We consume that which helps us to live. The pleasure and the necessity to consume extensive and voluminous news decreases, dropping to nearly zero.

And journalists’ question “What to write?” almost always begins with the issue of applicability. Write that which is necessary and useful just like first necessity goods are.