“The Snow That Covered the Floor For 2-3 Days,” “Freedom for Robert De Niro” or What is the Minimum Threshold for TV Journalism in Armenia? 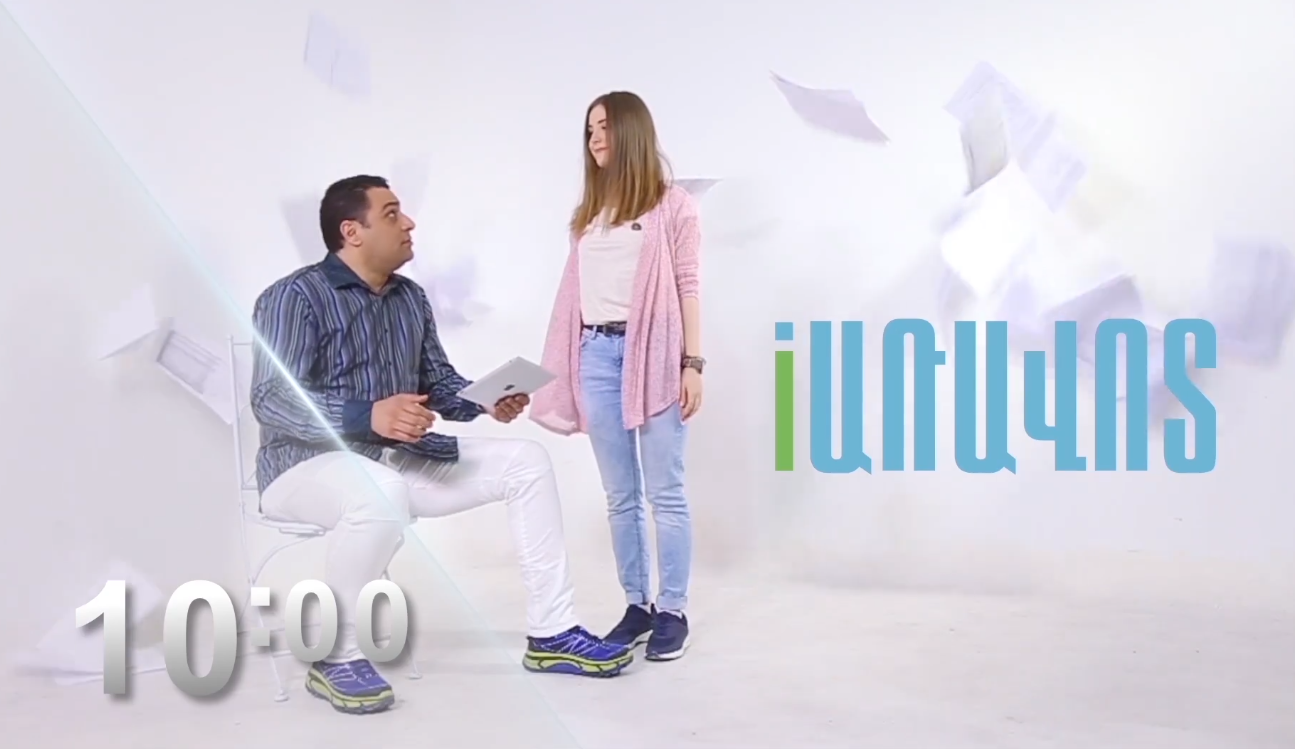 Television stations in Armenia mainly have similar genre-oriented programs, and it seems that only “Shoghakat” differs from the others by having a dominantly religiously-themed programs.

Due to a lack of statistical data it is difficult to say what the ratings are for morning programs, which many television stations have, but by looking at ATV’s “iARAVOT” program, I got the impression, that for those broadcasters it makes no difference whether they have an audience or not.

The first thing, which pierces the eye… or more correctly, the ear, is the quality of Armenian in the program. This has nothing to do with literary or colloquial Armenian, but rather the meaning of words according to their use or sentences to express a meaningful thought.

Host Hovhannes Tovmasyan, for instance, has hope, that the snow this year “will still remain on the floor like this for at least several days and the children will rejoice playing with snowballs.” It is likely that the broadcaster has a Russian education or has a better knowledge of Russian than Armenian, since instead of saying Great Britain he says Velikobritania, instead of Sweden he says Svezia, etc., but would it have been acceptable to him for anyone on a Russian program to have said: “снег несколько дней пролежал на полу”?

The female host (Ani Khachikyan), in all likelihood, is only becoming acquainted with the various information that she will present to the viewer at her stand. “United States President Barack Obama, in his latest official…time of dismissal gave his last medal to freedom, awarding representatives of music, cinematography, and other sectors. They included Robert De Niro, Robert”… Whatever freedom Obama granted De Niro remains unclear.

If this program was the only one with blunders and mistakes, it would hardly make sense to address them. But every time I see “iARAVOT” when changing channels, the image is the same…

The examples of a lack of professionalism when conducting interviews have piled up, when guests of the show are given simple questions, but they do not differentiate between the priority and the secondary of what is being said by the guests. As well as the hosts continuously interpreting the given information, with a level of household wisdom, using orderly expressions such as “it is just necessary to quit that bad habit and that’s it.”

In other words, it does not seem that in television they are working to improve the broadcaster’s language skills, to develop their journalistic abilities.

I should add that in front of the “iARAVOT” host there is wine, which is an inappropriate drink for a morning program, and in front of the two hosts there are also tissues, which is also not a common item for a TV stand, most likely they are meant to cover the computer’s brand.

It seems that competition should have made the many TV stations in Armenia broadcast quality programming. But apparently advertisers’ dependence on the authorities and the constant years of arbitrariness that stemmed out of the distribution of television frequencies has led to everyone having an equal non-professionalism.

And what would happen when watching that program with a viewer, it won’t interest anyone, anyway, he/she is “quitting watching television and that’s it.”