Speculation as News in Armenian Media 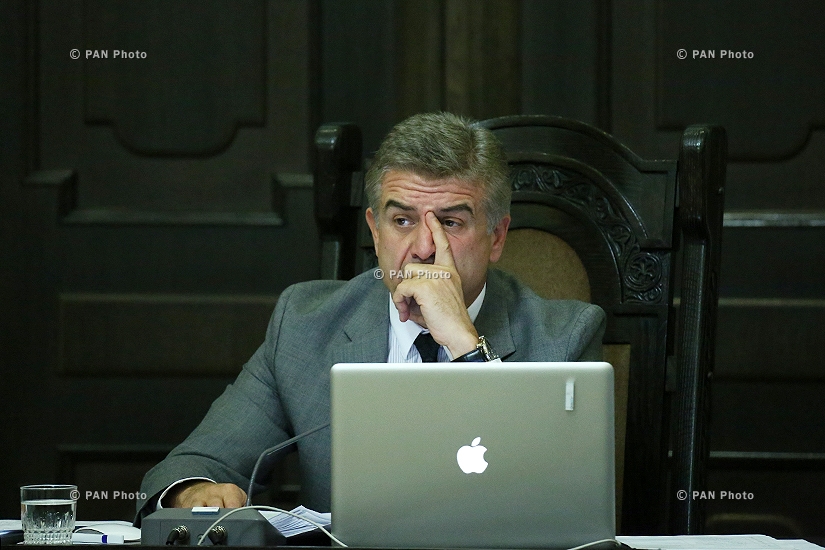 Speculations are often presented in Armenian media as news or analysis. One of the main reasons for this is that there’s information that you can’t ignore, but you objectively have no exhaustive basic information about the topic. As an example, we can observe the latest, most discussed piece of news: “Karen Karapetyan replaced Hovik Abrahamyan in the position of Armenia’s prime minister.”

In Armenia, there’s no precedent where the dismissal of any high-ranking official is followed by a clear answer to the question why was he fired? If he failed at his job, what aspect of it and how will he be penalized? If he didn’t fail, on what grounds is he being dismissed? Since there’s no exhaustive, comprehensible information about the appointment of the new prime minister, media outlets are free to ignite the imagination and interpret in their own way what happened.

And so it is that the news everyone is interested in has to be a daily news story for at least a few days, since it is of interest to readers. Therefore, media outlets beat the news to death. The same piece of news is presented from various angles, in varying word order, and the known piece of information decorated with nonsense that adds nothing to the story (“it is assumed that…,” “it’s possible that…,” “it’s not ruled out…”).

To give the news story a respectable headline and amount, media outlets enrich it with the required references, fill it with expert opinions and recollections, and offer it to consumers. And by the way, it’s difficult to replenish the field of experts in Armenia with new bodies, and the view of those already consulted has over the years become “dear”: you know who is going to say what. And so, even in the case of receiving relatively unbiased news, contacting the political expert with the predictable response anoints the news with veracity or impartiality with difficulty.

Having the key piece of news, that this person replaced that person, the reader expects additional reliable, reasonable information. Here’s one: RFE/RL’s Armenian service (Azatutyun) offered [AM] the view of former Armenian prime minister Vazgen Sargsyan’s brother, Aram Sargsyan, with a sound headline: “Aram Sargsyan: Karen Karapetyan was appointed prime minister upon the Russians’ compulsion”. It’s a view that has the right to be. But here’s another expert opinion [AM] — from Tert.am: “Karen Karapetyan is acceptable for the West’s, Russia’s, and the Armenian public”.

Yerevan Press Club Boris Navasardyan [AM]: “In the case of Armenia’s economic crisis, the Russian Federation is applying a lot of pressure on Armenia  in terms of debt repayment. In these conditions, needed in the government is an effective negotiator with the Russian Federation, who will be able to alleviate the pressure. And a more suitable person than Karen Karapetyan was hard to find.”

The reader is faced with a dilemma. What would our colleague Nver Mnatsakanyan say — is this appointment good or bad?

The news printed in Zhamanak newspaper, that Karen Karapetyan “is disgusted by the gilded rooms Hovik Abrahamyan built,” was in great demand. Almost all the local newspapers and news sites republished this statement. Then, that the watch on his wrist is valued at $700,000.

September 12, 13, 14, 15, 16, 17… And since news about the newly appointed prime minister must continue, coming to the aid is the expression “It is assumed that…,” which is followed by information that presumably could be, but it is not ruled out that it might also not happen. On Lragir.am, we read [AM]: “In the change in government package, a change in the foreign affairs minister is also assumed. It is assumed that the new minister will be the president’s chief of staff, Vigen Sargsyan.”

Yerkir Media’s news affirms that greater is the likelihood that this speculation won’t happen (especially if the person making the speculation is not named in the article): “Karen Karapetyan has been appointed prime minister for barely two days, a new government has not yet been formed, and the program hasn’t been presented. It is assumed that he won’t come to the National Assembly and government question and answer period; if he does, he won’t speak.” The speculation is then immediately denied [AM]: the prime minister came and he even spoke.

The media in Armenia, according to a Freedom House report, is described as “not free”. The components of not being free are familiar: control of political (economic) news by the authorities and consequently by the media outlets they control; self-censorship.

But there’s one other type of censorship in our media industry, which Umberto Eco talks about in his essay “Inventing the Enemy”. I’m talking about “the censorship of noise”.