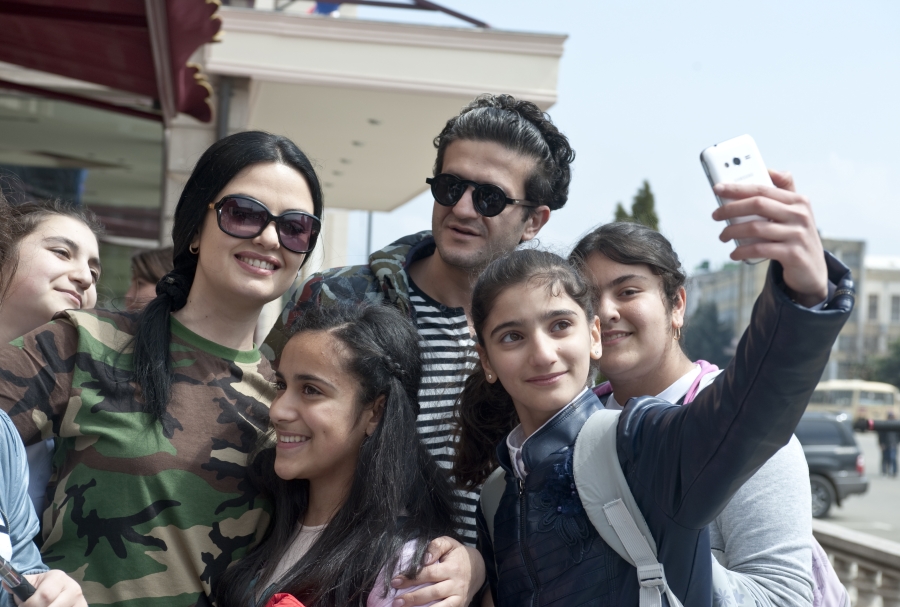 I confess: seeing the television employees from Yerevan for the first time at Armenia Hotel in Stepanakert, I chuckled, skeptically. Returning from the military posts in the north, I was “anointed” from head to foot with dust and dirt from the trenches, and seeing the pristine white shirts of the TV hosts who report live, I felt like Rambo in the field of journalism.

My skepticism subsided the second day, when we agreed to meet with the host of “R-Evolution” — after filming. I couldn’t bear it; I slept. The TV employees returned to the hotel after 3 am and woke me up: I had fallen asleep on an armchair; they sent me to my hotel room to sleep. 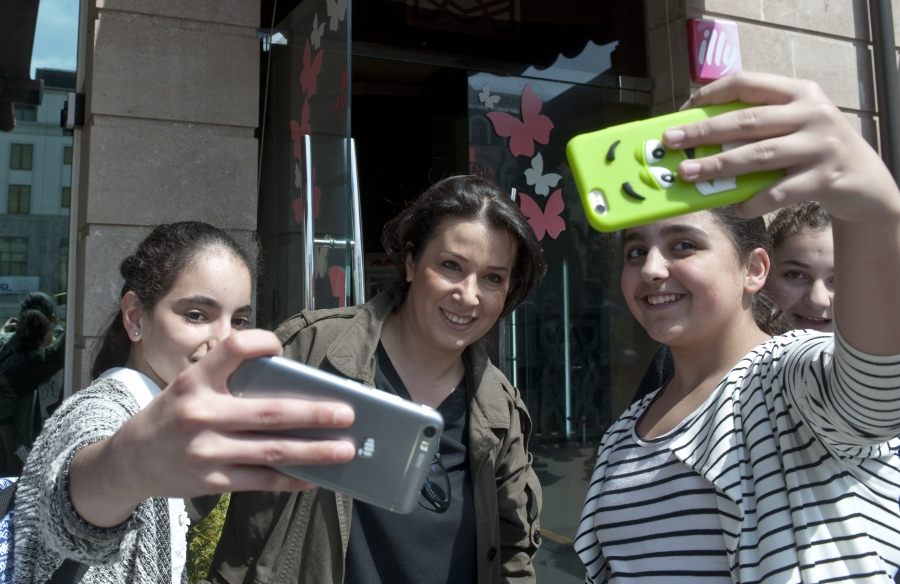 “The kids are seriously working” was the thought that passed through my sleepy head. By the way, they had to wake up at 7 am to manage to eat breakfast and prepare for the live broadcasts.

The following day, I persistently asked Karabakhis their take on the Yerevan-based TV channels’ Stepanakert broadcasts. It didn’t even cross my mind that the broadcasts were being filmed not only in the hotel cafe, but also in the trenches, on the frontline. The attitude of ordinary people forced me to be ashamed of my initial skeptical attitude toward the television employees.

On April 8, the day of departure, sitting in the cafe, we were waiting for the technical crew to gather the equipment so we could return to Yerevan. 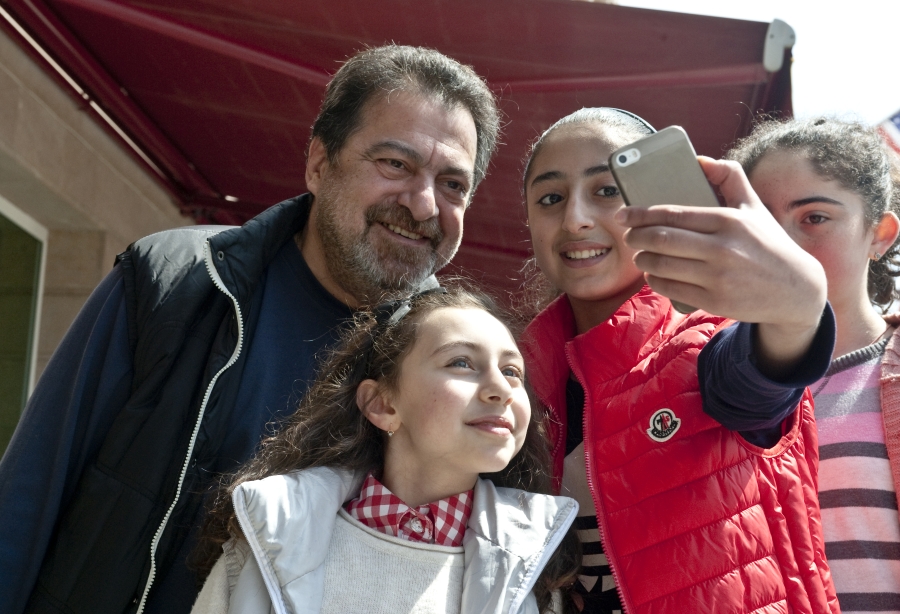 Children in groups had gathered around us. They were mainly 12–14 year-old girls. All had smartphones. I noticed the numerous devices quite late, when one of them approached me and requested I ask Gayane Aslamazyan if she would be in a photo with her. Gayane agreed with a smile.

Then the unimaginable happened. The children — and there were about 50 of them — began, in turn, to take photos with all the TV commentators who were present. Arsen Grigoryan, Gayane Aslamazyan, and Hrant Tokhatyan didn’t manage to smile at the objects aimed at them. 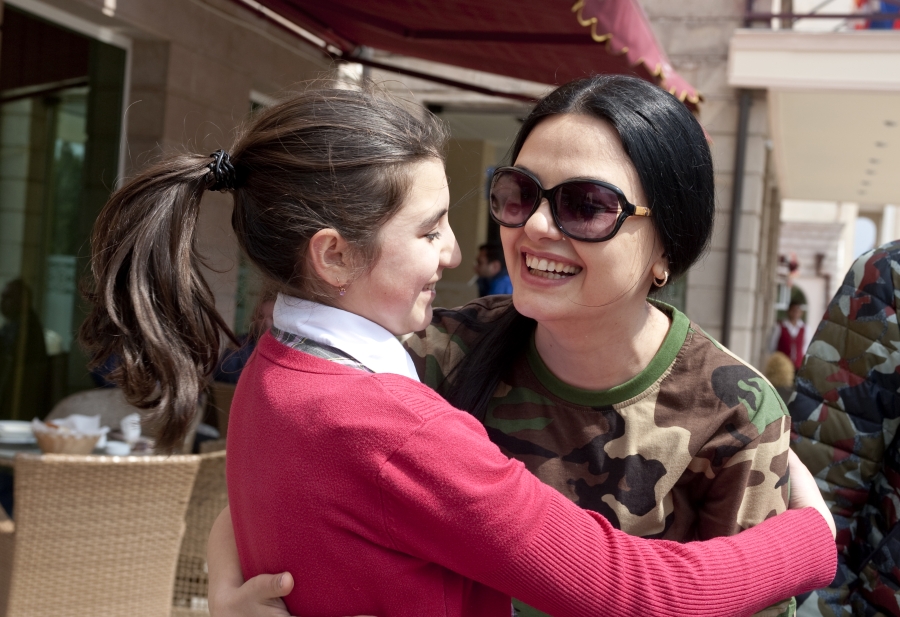 From time to time I asked the kids: “How do you know him? He hosts a political program.” In response, I heard: “We don’t miss a single one of his broadcasts.”

I confess: if over the years I’ve watched that program, I’ve always left it unfinished. I’ve fallen asleep halfway through. I don’t like politicians. 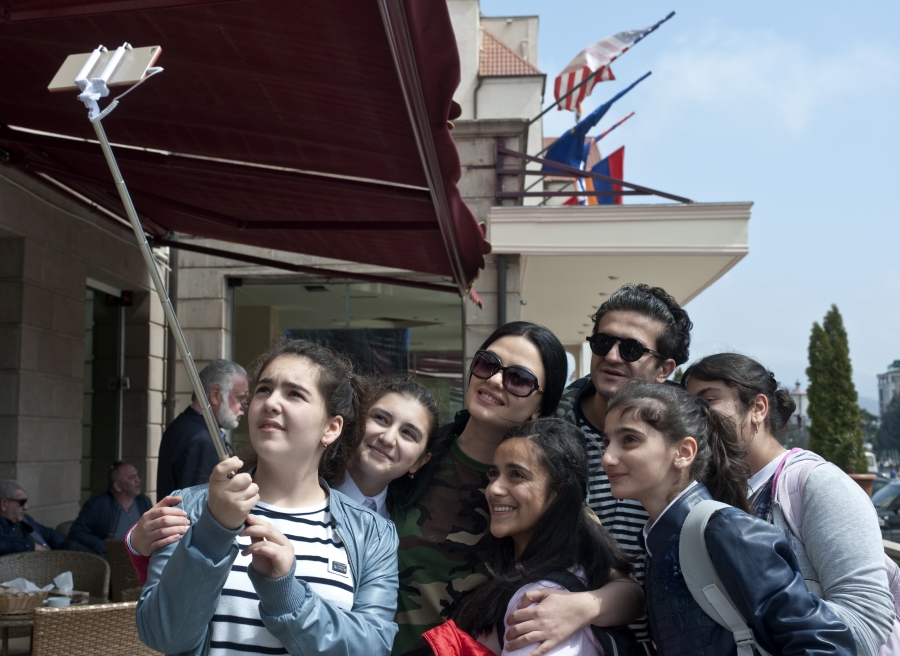 The press and social networking sites are filled to a level of boredom with the selfies that politicians and oligarchs managed to take during the four-day war. Only the hopeless lazy person hasn’t made fun of them.

But these selfies, which I witnessed, became very precious for me. War is not only the frontline, the trenches, and battles. The war has invaded the lives of these children. And our television employees did everything for those children to smile. And this is the most important. This is important also for the fathers of these children, who are fighting for their children’s smiles.