How to Resist the Media Warfare from Abroad 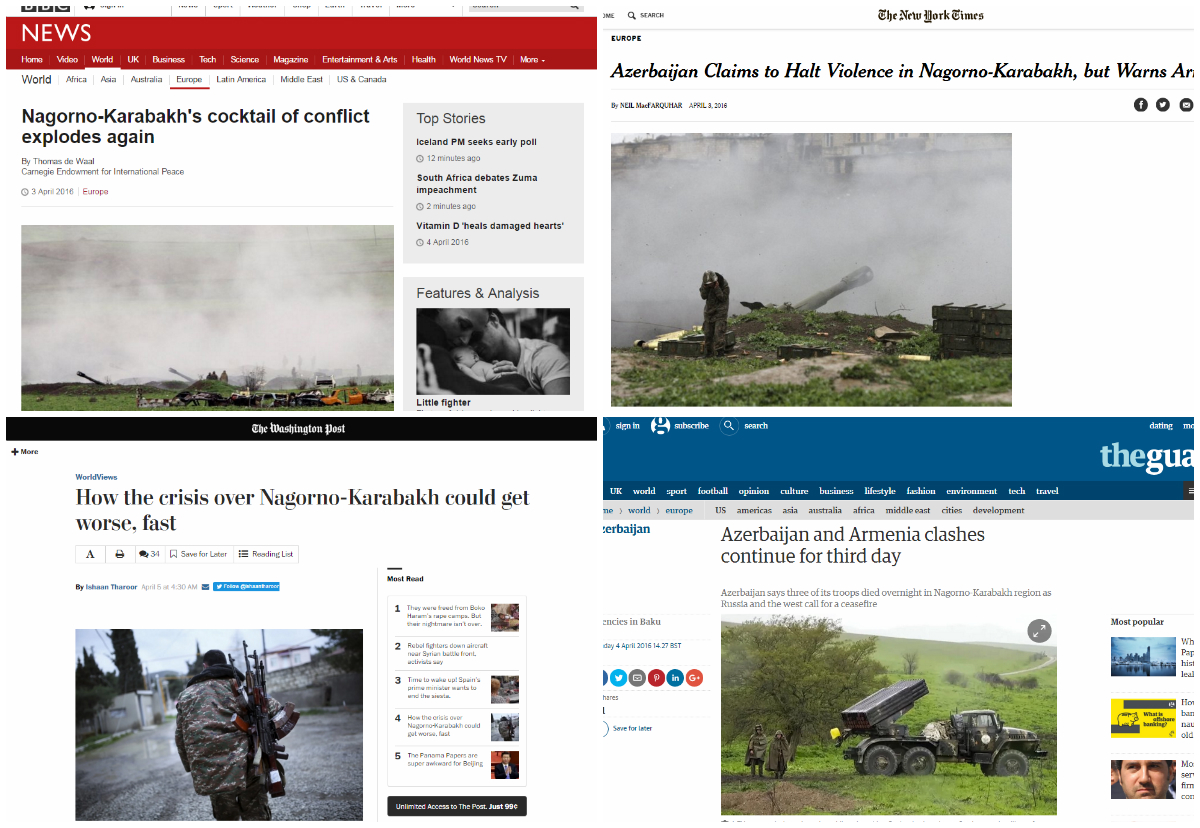 Young colleagues of mine, frustrated with certain leading Western media, these days nearly drove me into a corner: how to understand that their correspondents come here [to Armenia] and give us lessons on impartial journalism, but they are now spreading biased media reports about us (against us)?

It’s possible that these news outlets are in a larger geopolitical propaganda war and view our war only from those positions. Second: whatever story their correspondent produces in these circumstances, the editor will pass through the media outlet’s policy “sieve,” adjust its language to their clichés, and attach at the bottom the standard background, practically unaltered for about two decades, on the Karabakh conflict.

Can we change this reinforced policy of reputable media if their position doesn’t change? And on the other hand, can we counteract the Turkish-Azerbaijani media lobbyism?

What we already have

We translate our media product created in Armenia and Karabakh (the vast majority, news) and quickly disseminate it through our news outlets and our domains on social media.

Diasporan Armenian media outlets also with their foreign-language sections quickly disseminate all this, as well as the comments of people, such as Serj Tankian, who are more acceptable to the masses of the world.

Young people from Armenia studying or living abroad are actively sending letters to their country’s reputable media, explaining the reality and demanding to respect the rules of spreading truthful information. Such frank letters are also sent from here.

Are all these unnecessary efforts? Of course not. The ocean is made up of drops, and they at the very least will be needed for the neutral media that diligently checks the facts and doesn’t pursue geopolitical interests.

What is the effectiveness of these efforts?

Perhaps not that great. The main consumer of our news, though in a foreign language, is more so us — the Armenians of the world. The rest of the world consumes the product of the media outlets that it’s accustomed to or that it trusts. And following social media users also goes by the same logic.

Why? Because it understands that those correspondents are going to shape the international community’s opinion and report on the reality, and the “permanent backgrounds” added to the stories they file on location will be pushed aside and won’t be read.

What we can do

The capabilities of our journalists gathered in the conflict zone and largely repeating each other’s informational pieces can be proposed to the world’s leading news outlets.

Apart from geopolitical or other interests, any professional media outlet has one constant interest: for more people to consume its product. If our journalists currently in the conflict zone present extraordinary human stories in these events and their editors get them translated and try to offer them to the world’s reputable media outlets, I think, not all of them will refuse.

The life of the murdered elderly couple in Talish [warning: article includes graphic images] undoubtedly can be one of these stories. And that is more powerful than any propaganda wording or any letter of complaint sent to the editorial offices of foreign media.

Only, in those pieces, emotional and propaganda additions must be excluded, and every fact must be reproduced with care, whether it be in the words, photos, videos, or infographics. In this matter, leading media outlets from abroad definitely are unmatched: they have not only a good sense of smell, but also amazing tools, in checking the authenticity and recognizing the fictitious. And we here have no reason to invent or distort anything.

This is my suggestion for those colleagues of mine who in terms of news from the conflict zone these days are providing that which people from various parts of the world can also get from official websites: instead of going deep into the Line of Contact, go deep in human fates and try to get them published by the world’s leading media.