Should Journalists Initiate a Blog Revival? 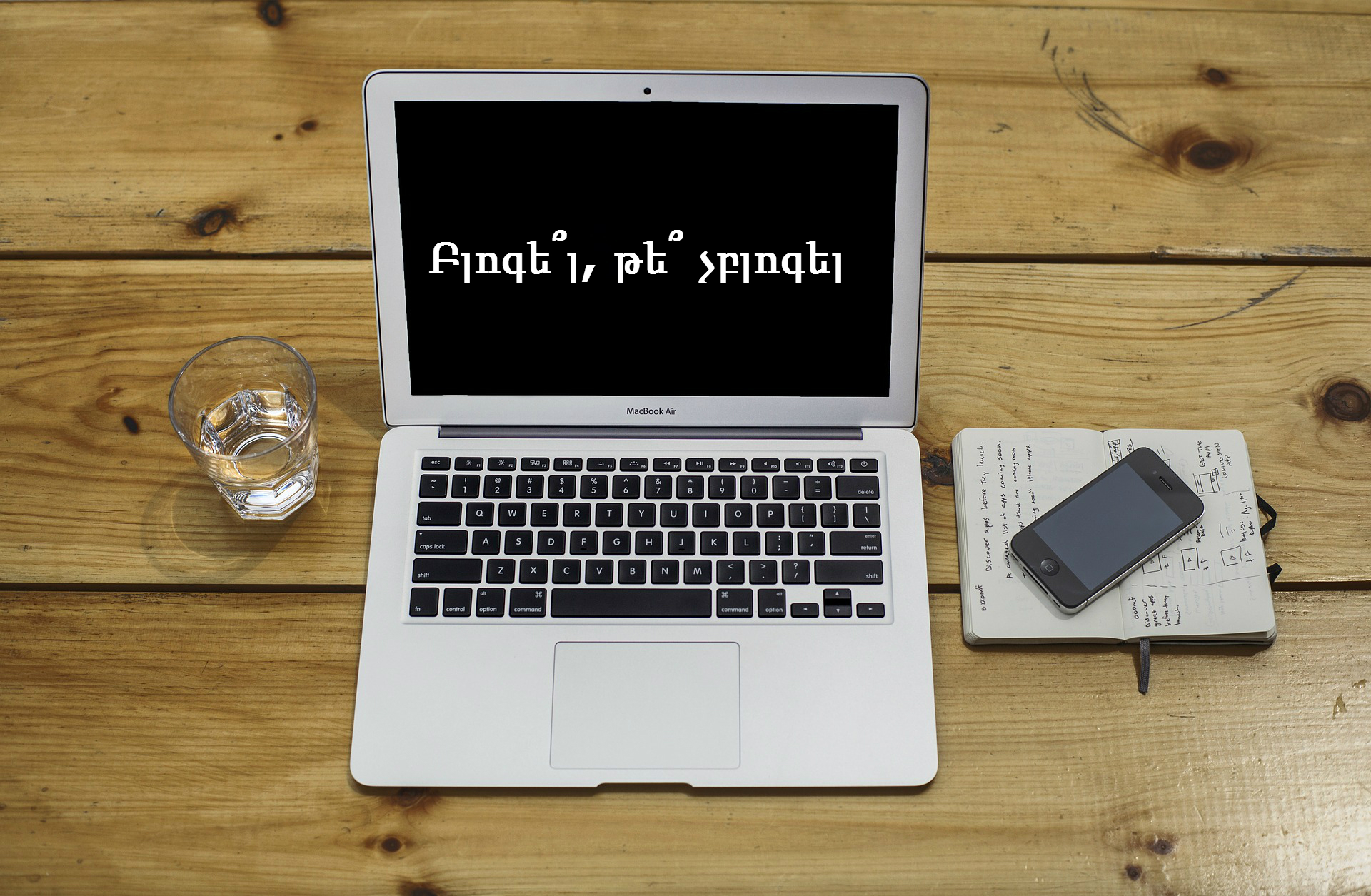 In both human and professional respects, it’s completely understandable why my esteemed colleague Samvel Martirosyan — whom introducing in the past, we wouldn’t write “information security specialist,” “media expert,” or any other such thing before his name, but rather, “blogger” — is now urging journalists to have blogs.

Though almost every week we hear news of a newspaper that is in much better shape than the local Armenian press closing, switching exclusively to the web, or at the very least significantly reducing its circulation — so do we continue to keep and safeguard our beloved print media close to our heart.

We reflect on resources to breathe new life into newspapers, searching for solutions on what to do: improve the design, find new sales methods, and so on. But it’s an undeniable fact: it would only be artificial respiration. Newspapers are slowly, but surely dying.

But blogs died long before — their end came more quickly. And now we are urged to resuscitate them. Some arguments, of course, are sound.

For example, that a blog is an archive. I myself use my blog that suddenly died as storage, from time to time posting links to articles that seem worth storing.

But Martirosyan’s other arguments I consider disputable. For instance, that “a blog makes it easier to change jobs.” Do we know, for example, anyone in Armenia who was hired for journalism work in recent years because of their blog posts?

Those years when having a blog was fashionable, I remember a blogger was hired at a media outlet to write a blog; another became a press spokesperson… But that was a long time ago. There are no recent examples, is that right?

A journalist’s professional image doesn’t create a blog, that’s for sure. Neither can malevolent Armenian editors, who don’t want to propel journalists, “to present them as the face of the media outlet,” obstruct its creation. This, I assume, is journalists’ dissatisfaction that the reason for their insufficient popularity are media managers who don’t want them to achieve fame.

Meanwhile, in my humble opinion, a journalist creates their own image and in the media outlet where they work. Otherwise, what you write on Facebook or in a blog will add little to your professional image. What is the worth of the signature of a journalist who writes vague and neutral stories for their media outlet but is bold and stylish in their blog or on social media?

By the way, I’m sure that also hardly agreeable for employers is for a journalist to publish a piece they rejected for whatever reason on any other platform, including also on their blog.

But perhaps all this is trifling. The main reason why it’s not that desirable for a journalist to maintain a blog “outside” of the media outlet is how they will combine it with their activities at work.

Let me explain: one of the complaints I received recently refers to the caption of an Aravot reporter’s own photo. It was viewed as being disrespectful toward the state agency where the journalist in question carries out their activities.

We’ve received numerous complaints regarding our reporters’ social media posts, which, according to the complainants, made their impartiality and objectivity toward the issues they cover problematic.

One example: there was polarized confrontation between two figures in the education sector, and the journalist reporting on education issues clearly expressed their sympathy for one side and their antipathy for the methods executed by the other side. And that they expressed these observations in their personal domain did not at all insure them against the accusations that they are obviously biased in this matter.

I also know of an example whereby because of a journalist’s social media post, a state agency completely abandoned an earlier reached agreement to be interviewed by a given media outlet, refusing cooperation in general.

This and numerous other such incidents now give me grounds to, to put it mildly, be cautious toward exhortations to recreate blogs where journalists will be able to express themselves “on those issues which, for various reasons, they can’t in their media outlet.”

A less important factor: in favor of blogs, one of Martirosyan’s arguments is search engines, for which posts on social networking sites are less visible than blog posts. He has a command of this topic a hundred times better than I, but something tells me that stories published by media outlets are better indexed in search engines than blog posts.

And so, I assert my opinion: a journalist should try to express themselves and acquire a reputation within their media outlet. And if they very much want to express their observations separate from the news, it should be done within the scope of the newsroom of which they are currently a part.