Journalistic Solidarity — Only If It Really Is About Journalism 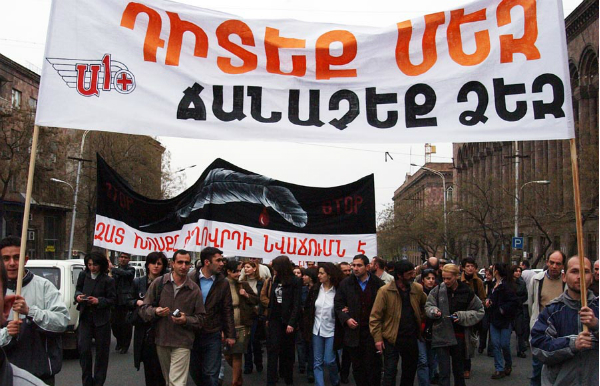 It quite often happens that staff of news outlets whom law enforcement agencies hold accountable complain that their colleagues are not sufficiently supportive and don’t express journalistic solidarity.

Let’s put aside that the dissatisfied, as a rule, represent media outlets that never even try to pay attention to the rights violations of other news outlets or journalists, don’t report on court cases related to the issue, and so on.

But when it comes to them, they cause an uproar and expect that as many colleagues as possible will join them.

But what, do journalists comprise groups in which members defend each other no matter what they do? I, for instance, have no desire to act in defense of or demonstrate solidarity with the journalist or news outlet of the following scenarios:

(a) When you have never heard that journalist’s name either before or after the incident. There are already a few such cases: during demonstrations, activists tell police officers that they’re journalists and so they have no right to obstruct their (professional) activities.

Of course, activists also should not be obstructed nor subjected to violence. But why don the ‘”mask” of a journalist? Perhaps in the case of violence against a journalist the uproar is louder.

(b) When a news outlet promotes hate speech. For instance, should the newspaper or journalist who published a “black list of enemies of the state and nation” and called for certain acts to be carried out against the individuals on that list be defended and receive journalistic solidarity?

(c) When a “news story” is a Facebook status update, an email from an unknown person, or a website neither the founder nor the reporters of which are known…

If you’ve taken such a risk without checking the veracity of the news and the authenticity of your source (have you confirmed the information he provided?), and republishing it in your media outlet, be good and deal with the consequences yourself. Why do you expect that other journalists will relish with you “the soup you made” yourself?

(d) When the news outlet refused to grant a right of reply, and in general, professional norms of journalism were violated in this regard.

The list could go on. But I also want to set aside scenarios where I strongly believe that journalists must act in unity.

Journalistic solidarity must be demonstrated in cases that potentially could refer to all media outlets.

Similar cases are those with claims to disclose sources. In this regard, if there is no unified counterclaim, we very quickly will lose the right to the protection of sources, which we have by law.

And, finally, journalists are obliged to demonstrate a united front in every scenario that involves violence, threats and insults by various (public and political) figures, and obstruction of professional activities.

I myself have no desire to defend someone purely in the name of “journalistic solidarity” who disregards even the basic professional ABC’s of journalism.