No End in Sight for Armenia’s Transition to Digital Broadcasting 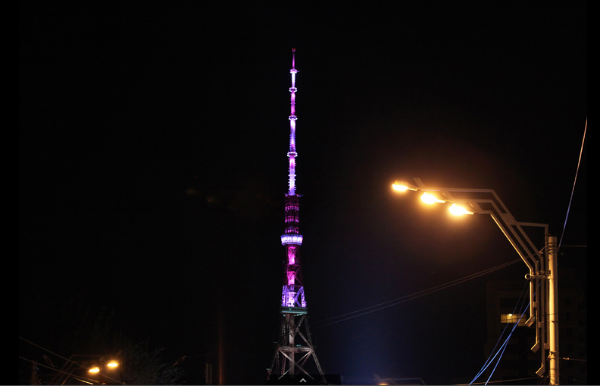 Armenia’s National Assembly on June 23 adopted the Law on Making Amendments to the RA Law on Television and Radio, postponing the deadline for the switch from analog to digital broadcasting to January 1, 2016.

The complete switchover was to have occurred by January 1, 2015, but the date was postponed to July 1. And now it is being postponed again.

Will the digital switchover be completed by the new deadline? I highly doubt it.

On July 30, during a roundtable discussion organized by the Committee to Protect Freedom of Expression, Armenian Television and Radio Broadcasting Network Deputy General Director Sahak Davtyan said that as of June 30, the installation of 211 television stations required for digital broadcasting was completed in the entire country.

He assured those present that the broadcasting network is completely ready, the quality is excellent, and there are no technical issues. Indeed, all households that are able to accept digital signals (through either a digital TV set or a digital-to-analog converter) are probably already watching better quality TV programs.

So, if the country is technically ready, what is the reason for yet another delay?

The digital switchover has not only a technical, but also a legislative and social component.

First, the switchover must be provided for by the appropriate legal framework, so that TV companies that haven’t received a license to broadcast on the digital network won’t suffer. Today their number reaches nearly a dozen, and all are local TV stations.

Unfortunately, the National Assembly till today doesn’t wish to discuss a package of legislative amendments proposed by several media organizations (Committee to Protect Freedom of Expression, Yerevan Press Club, and the Media Initiatives Center), which, if adopted, would provide the opportunity for these TV companies to remain on air.

It’s true, the Armenian Television and Radio Broadcasting Network also made an interesting proposal in this regard (giving TV companies the opportunity to broadcast on the public digital network but for a fee); however, this proposal was rejected by the heads of TV companies.

Then, the biggest obstacle to complete digital switchover remains the social component: the unpreparedness of the population. This component is the most important because shutting off analog broadcasting and completely transitioning to digital will happen only when there is no single family in the country deprived of receiving digital signals.

And if more or less well-off classes in society can (and do) acquire a new television or converter box, well, needy families wait for the state. And they are not few in number: more than 100,000 families. The issue is to provide them with free set-top boxes — a function that the state has taken upon itself.

But so far, the bare minimum has been done: only the official Procurement System website of the RA Ministry of Finance several times posted announcements to acquire set-top boxes, though it seems no one wants to import them. Furthermore, it’s unclear which ministry or organization will distribute them after they’ve been acquired.

Moreover, the final count of needy families, the method of providing the set-top boxes, the distributors on the ground, and other matters are not confirmed. And until these families are provided with converter boxes, it won’t make sense to shut off analog broadcasting and offer only digital broadcasting, since it would mean depriving a significant part of the population from watching TV.

This is why I say that I highly doubt that the digital switchover will be completed by January 1, 2016: I’m not convinced that the state will be able to import and distribute the required converter boxes to needy families in the remaining three-and-a-half months.

Secondly, I’m not convinced that legislation and conditions will be established that will keep on air, if they so wish, TV companies that are currently broadcasting but don’t have a digital broadcasting license.

And when December arrives, the government once again will hastily propose a legislative amendment — to postpone the digital switchover for another six months.

If only I’m wrong…