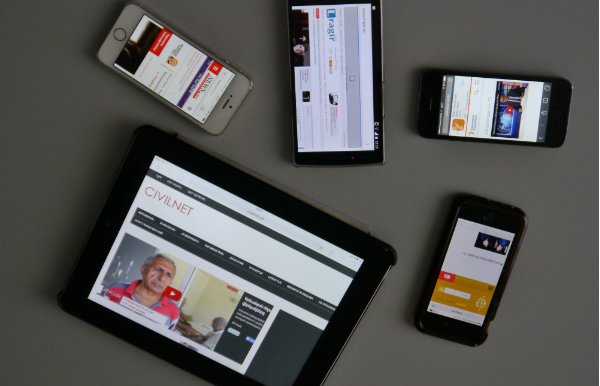 In Armenia, the number of web visitors using mobile devices (phones and tablets) is gradually increasing. Their number is in the hundreds of thousand. It can be assumed that nearly half of internet users use mobile devices.

Though there isn’t any recent statistical data on this topic, approximate calculations can be made. For example, according to Facebook data, in the month of July, of the 820,000 active users from Armenia, 570,000 entered the social networking site also with a mobile device. This is a fact that online news media also must take into account.

A few years ago, it was acceptable to create a separate mobile version of or supplement to the website. Today, it is assumed that a website must be optimized for mobile devices. And it isn’t only a question of users’ convenience.

Recently, Google made a specific decision on this issue: websites that aren’t optimized for mobile devices will appear lower in searches from a mobile device than those that pay attention to this fact. That is, a website that isn’t mobile friendly loses an audience at least for two reasons: people prefer to visit more accessible sites and websites are penalized by the search engine.

Local Armenian online media today to some extent has migrated to mobile versions. Despite this, there are a large number of news outlets that have remained in the previous online era, when visitors visited websites mainly from desktop computers.

If we look at Armenian news outlets, based on the Alexa.com website rating system (the system doesn’t calculate the rating of Armenian websites accurately, but it’s helpful for compiling a general list), we can gather a list of sites that have made the move to mobile and those that are still antiquated.