When Voyeurism is Mixed With Journalism 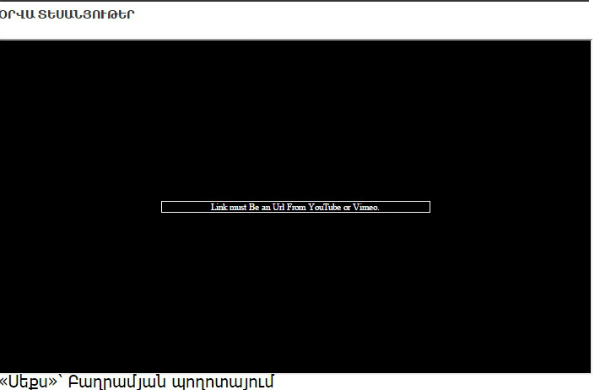 A news and information website in Armenia with a large audience, 1in.am, today uploaded a video with the headline “Sex on Baghramyan Avenue”. The video was of a couple participating in the #ElectricYerevan protest on Baghramyan Avenue against the electricity price hike. Beneath a blanket, a boy and girl were perhaps kissing but in no way were they having sex.

The suitability of 1in.am publishing the video was discussed on social media throughout the day. The opinions were unequivocal: the site hadn’t acted appropriately.

The video is no longer available on YouTube, and there’s no corresponding link on the website. It is assumed that the news outlet drew conclusions from its critics on social media.

There are outstanding questions in this incident, a few of which I outline here:

– The website removed the video, but did it explain to its audience why it decided to publish a few minutes of these two young people’s private life or why it removed the video? On the 1in.am website and on its Facebook page, at least that I could see, there was no explanation regarding removing the video.

– Why did the 1in.am staff film the private life of the two youths? What demonstration of voyeurism is this, and that regarding a non-existent sexual act?

– There was an attempt to conceal the face of the couple in the video. But, first, there was a moment when their faces could be seen, and second, even concealed faces are a breach of the immunity of the couple’s private life. Who allowed their personal, private moment to be filmed and uploaded on YouTube? What public significance did this video have that the news outlet chose to publish it?

– On public significance: some believed that the video was for the purpose of discrediting #ElectricYerevan. Perhaps. I’m sure that the video was uploaded on the website simply to ensure more views and visits. After all, the topic is doubly advantageous  — there’s sex and Baghramyan Avenue.

– Though 1in.am removed the video, republished articles with the headline “Sex on Baghramyan Avenue” (without the video) are still online. And it’s hard to say: did someone manage to download the video from YouTube? It’s utterly possible both technically and theoretically.

Thus, by removing the video, 1in.am didn’t resolve the issue.

There’s no information on journalistic ethical norms or a Code of Conduct on the 1in.am website. This website hasn’t joined the Code of Conduct of Media Representatives, though I think the Media Ethics Observatory will discuss this case. Apart from the shaming on social media, this case also has a need for professional opinion and reaction.