Why Doesn’t the World Talk About Armenia Anymore? 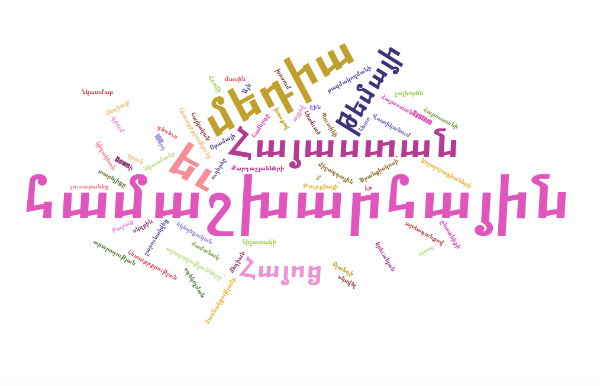 Remember how a few weeks ago Armenia was the focus of international media attention? Everyone was writing only about us. The reasons were understandable and repeatedly analyzed. In all this, a general trend of growing interest in Armenia was observed. Already being discussed was to what extent tourism in Armenia will grow — and other agreeable matters.

But what’s the situation in the news media now? It’s completely fallen back into old patterns. For example, if we look at the number of posts about Armenia on Twitter, this figure has returned to approximately the same level as it was before the Kardashians’ visit to Armenia.

Our issue is both news outlets and newsworthy people, the newsmakers. All speak for the local audience; it’s as if they’ve locked us all in a small room and no one else can see us.

Our news media is very much like Armenian history textbooks, where it seems that there exists a separate world and parallel to that, Armenia, which has almost nothing to do with the world, not counting a number of unwelcome schemers who regularly invade to poison the lives of Armenians. Our news media also has almost no relationship to the outside world.

The target audience for the majority of speeches by MPs or other politicians is not just Armenia, it’s not even Yerevan: they talk in the local vernacular and about the issues of some neighborhood.

Information about business? News stories are mainly about the opening of branches of some company, which aren’t interesting even for the employees of that company. Cultural news? Quite a lot. But mainly in Armenian and without presenting them properly, or connecting them to other cultural events or culture in general.

Look at the English- and Russian-language versions of local Armenian news outlets. And try to find news about Armenia. You’ll find them, no doubt — every tenth story will be from Armenia. But they are mainly bleak, carbon copy press releases, which are not readable for any healthy, self-respecting person in any language. (How many people do you know who read with great interest press releases that don’t refer to a very interesting and currently important topic?)

Now let’s understand something: Neither newsmakers feel a part of the world (and they produce news that aren’t interesting even to their relatives) nor is the majority of news outlets interested in talking about Armenia to those outside the country. What remains after this is to bring the Kardashians once a month to Armenia so the international community doesn’t forget about us. Or they’ll remember us from afar only after something bad happens.