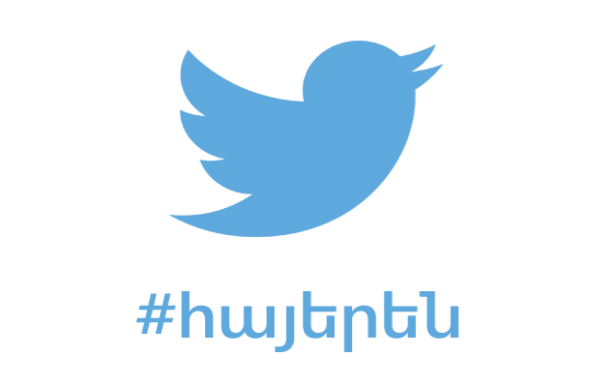 Twitter hashtag support for the Armenian alphabet was introduced a month ago, which can’t make one not happy, since finally it’s possible to shape flows of information in Armenian with hashtags that are decipherable. This can be useful especially for civic and political activists, as well as journalists and news outlets.

When speaking about Twitter, people often complain that there are practically no Armenians there; that it’s an empty platform. Yes, this isn’t Facebook, where there are almost 800,000 people. But those who read and post in Twitter are more attentive to the news; meanwhile, the majority of people on Facebook are more interested in entertainment.

Today it’s impossible to know exactly how many people use Twitter from Armenia, as the platform doesn’t provide such data, and there have been no reliable and open sociological studies done in this area in the last year. 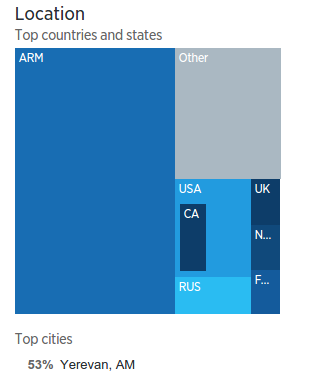 But it is clear to the naked eye that though slowly, Twitter is growing in Armenia. This is evident also by the example of my personal Twitter account: If two years ago, those reading my tweets were mainly users not from Armenia, today 60% of readers are from Armenia, with 53% from Yerevan.

If news outlets offer a quality newsfeed, they will be able to establish a following on Twitter, which in this case means two things: understandable, clear headlines and searchable topics that can be categorized.

The first is a serious problem in the Armenian press, but the solution to the second was provided with the introduction of Armenian-language hashtags. Finally, users reading in Armenian are able to follow developments of incidents with one of the best tools designed for this — on Twitter. (Facebook, which today is used in Armenia as the main platform for following the news, uses a specially developed algorithm, which doesn’t allow users to make independent decisions in streams of information.)

As for Armenian hashtags, a positive shift is already noticeable.

And how did the Armenian press respond to these changes? It can be said that the press didn’t notice the changes. About three years ago, I wrote a piece on this topic. Reading the article, you’ll notice that the Twitter accounts of a majority of Armenian news outlets automatically post headlines from their website or Facebook page. Only Hetq’s Twitter account uses hashtags, though still with the Latin alphabet. And contributing to the Twitter feed only in automatic mode is meaningless. Better to simply close the account.