The Power and Responsibility of the Media: Baby Leo’s Story 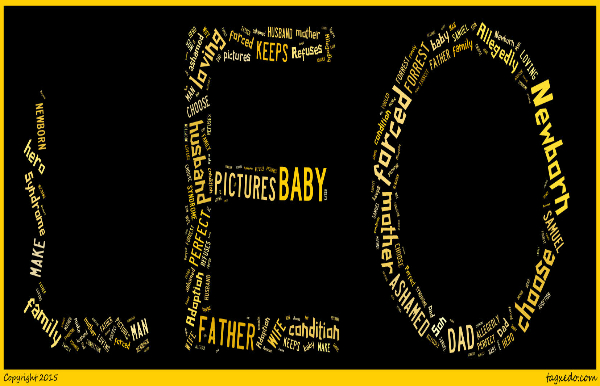 Leo was born in Armenia on January 21, 2015, and diagnosed with Down syndrome (DS). His non-Armenian father from New Zealand and his Armenian mother from Armenia were both living in Armenia when Leo was born. The father, Samuel Forrest, claimed the family abandoned the child because of the diagnosis of DS, and, as a result, launched a crowdfunding campaign on January 27 to collect money to take Leo with him to New Zealand “where Leo can have a quality of life and acceptance, integration into society that sadly is not yet possible in Armenia.” In 10 days, Forrest surpassed the original amount of $60,000 AUD (about $47,000 USD) he was requesting and as of this writing has raised over $440,000 AUD. Amazing. But the story doesn’t end there.

In a matter of days, this story has been picked up by ABC News, the Daily Mail, Salon, People Magazine, and Huffington Post, among others. How did the personal story of a couple and their newborn baby in Armenia make international headlines? In this internet and social media age, information spreads like wildfire and everything — including public shaming — becomes magnified in a way that wouldn’t have happened, say, 20 years ago.

The public has become judge, jury and executioner. Comments left on the campaign page call Forrest an “awesome dad,” a “fantastic man”, and an “excellent human being”. Some women, apparently, are asking to date him. Whereas Leo’s mother should be “ashamed of herself” and is “the most hated mother in the world right now”. One person went so far as to say, “I would donate $20 just to see somebody slap his ‘mother’.” The mother has received other threats online.

The hate and aggression expressed on the internet, perhaps, is not surprising. After all, only a few years ago, feminist and media critic Anita Sarkeesian was subjected to a barrage of online threats after she launched a crowdfunding campaign to raise awareness of gender representation in video games. The negative attention (in this case, also disseminated by the media) is magnified through social media, and it can have lasting detrimental effects on the person being scorned.

It’s important to note that in both cases the subject of the attack was female. Though historically, women have been easy and frequent targets of blame, the internet only makes it that much easier and quicker to cast judgement. “The Internet does love a good story of a bad mother,” writes Anne Penniston Grunsted in Role Reboot, adding that if the roles were reversed (if the dad had left), the story would not have made international news.

The international media, in turn, picked up the story and ran with it. Coverage was clearly one-sided: the father was a “hero,” while the mother was a villain. But since when did becoming a father, assuming guardianship over your child, make one a hero? And when did the media allow one side of a story to take over, accepting it as the official version? Good journalism includes checking facts, asking questions, and presenting an honest and complete picture.

And what about the ethics of publishing personal photos? A major British tabloid newspaper covering the story published photos of not only Leo and Forrest, but also Leo’s mom, whose photo we had not seen till now — obtained from her Instagram account. Though social media users need to be informed that any content they label “public” can be used in ways they might not expect or desire, the news media also has a responsibility when it comes to using personal photos without obtaining prior consent.

Last but not least, the media frenzy and public backlash condemned not only Leo’s mother, but also an entire country. Questions were raised about the conditions for children with Down syndrome in Armenia and the state of orphanages and children’s homes, where many children with DS end up. Comments left on social media asked why prenatal tests weren’t done — tests that could identify the likelihood of DS, should the family choose to terminate the pregnancy. Though by no means a solution to the difficulties of raising a child with DS in Armenia, the option of abortion was also condemned, despite the fact that in countries around the world, an “estimated 92% of women who receive a prenatal diagnosis of DS choose to terminate their pregnancies”. In short, a simple story of a couple and their child with DS became a publicity nightmare for not only one woman, but also a small, landlocked country that, in all likelihood, the majority of those leaving hateful comments have never been to and know little about.

Baby Leo deserves a loving home and a family that wants him and can care for him. However, the questionable use of crowdfunding and the media storm might have done more harm than good. Leo’s father is heard loud and clear, but where is Leo’s mother’s voice in all this? The internet is too quick to condemn women (“bad mothers”), and the media is too quick to report a one-sided story without context. In this day and age, when the effects can be far-reaching and devastating, the media has an even greater responsibility to ethics and fair reporting, and online users need to think twice about public shaming.