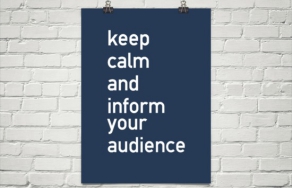 And how did they work during the tragedy in Gyumri and the days that followed? For instance, what did an ordinary citizen of the Republic of Armenia find out about Armenian President Serzh Sargsyan’s attitude toward the events? Absolutely nothing. Only that on January 12 he had a private consultation. The press office of Baghramyan 26 (the address of the president’s office) reported everything — whom Sargsyan received, where he went — except for the most important: his position on the Gyumri tragedy and why a day of mourning is not being declared in the country.

Why did the public know of the prime minister’s attitude toward the tragedy? Again, nothing. Because the government’s press office also reported nothing — just that they commemorated the victims with a minute of silence before the cabinet meeting.

And the information that the police press office disseminated about the incidents following the tragedy, it would’ve been better if, rather, it had not.

Do you remember the fabricated video disseminated by the police connected to the incidents of March 1, 2008? The alleged syringes, batons, and so on discovered in Liberty Square? It was easily circulated, since, because of an order from high up, newspapers were shut down and websites were blocked, while TV stations freely disseminated this official lie.

Seven years have passed since 2008, but the police press office (officially called the Public Relations and Information Department of the Police of the Republic of Armenia) has not progressed an inch with its propagandist tricks, forgetting that now it’s January 2015 and that apart from television, people (and nowadays many people) get information from the internet, and by the way, during emergency situations, also via live stream.

It has forgotten and disseminated an incoherent statement on the Gyumri public’s spontaneous revolt and clashes with police on January 15, 2015. This statement (titled “Clarification” in the Armenian version) is a string of “heartbreaking” remarks about the “civilized” police and strong words citing the Constitution and laws, from which the public is supposed to understand that our police is an innocent lamb; it was only maintaining public order; it was not obstructing the free movement of people; and so on; and that some irresponsible people began to throw stones at the police.

On what do they pin their hopes, by spreading such “clarification”? Have these people not been informed that the world created the internet, and the internet allows for live streaming, and that there were at least 4–5 news outlets live broadcasting on the scene in Armenia on that day, and their links were on all the news websites, and, according to reports, there were more than a hundred thousand people simultaneously watching those live broadcasts?

What’s even more funny is the comical justification for detaining people from Yerevan’s Liberty Square made in the same statement:

“Simultaneously, we would like to inform you that on Thursday January 15, 2015, at 10 p.m. a group of persons was detained on the Freedom Square, Yerevan, on suspicion of law breaking.”

First, there are videos and everyone can see how the police violently attacked, and second, doesn’t the police press office realize that it discredits the state with this statement? That is, it turns out that Armenia is a police state; at any moment, you can attack people and take them to the police station, then say it was “on suspicion of law breaking.”

Shouldn’t this “clarification” have said how many people were detained, and why those people in particular (including human rights defenders, lawyers, public figures)? And did you apologize to them for unlawfully detaining them? Not a word. Radio (a.k.a. police) silence.

Official news, gentlemen, is a type of media. And it’s meant not to raise the honor of the mundir1 with bogus and shadowy propaganda but to inform the public. The time has long come to realize that even the family members of those spreading such cheap propaganda don’t believe it.

P.S. By the way, the cheapest trick was employed by Deputy Chief of Police, Commander of Police Troops, Lieutenant General Levon Yeranosyan, who said [AM]:

“In Gyumri yesterday, 80% of the demonstrators were drunk. Some individuals intoxicated the people, after which the crowd became uncontrollable. The majority were under the influence of alcohol, which caused that which happened.”

1 A military overcoat. The author here is referring to Russia in general.