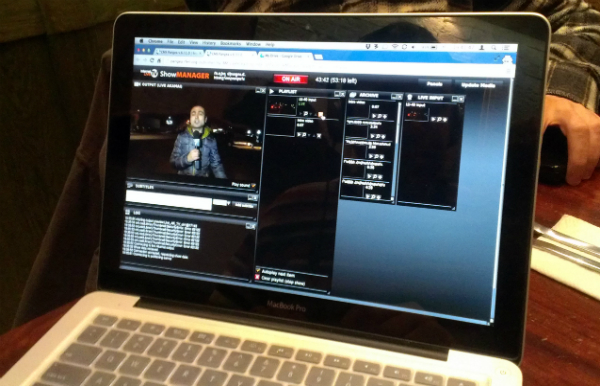 Reporting the brutal murder of the Avetisyan family on January 12 in Gyumri, the search for the suspect, and the ensuing investigation was difficult for all local news outlets. Emotions ran high across the entire country.

The news stories published and broadcast during these days were unable to convey the full picture, since the reality itself contained many unknowns.

Many questions, which in a broad sense are not dependent on the media’s quick reporting, continue to remain unanswered today — rather, they are dependent on the media’s presence. There are situations when the media simply has to be present — as a witness, as a fellow participant, and finally, as a documentarian. Not rush to filter, edit, and assemble the information, but become a simple information window. And the wider the window is open, the more necessary it is for news consumers.

One searching for information in a tense, emotional situation always aspires to find information both online and in traditional broadcasting that’s unmediated; that is, information that is first-hand and, consequently, free from manipulation.

The online live streams are such windows, which open during widespread information occasions and become the most sought after source. The snail-paced, in some cases full of shortcomings and not professionally filmed “pure” event is more convincing and captivating than a news story produced according to strict journalism rules.

This is the total media effect, when the news is offered not quickly and with commentary, but lasting hours and without intervention. And the viewer assumes a completely different role, forced to independently search for information nuggets from a long stream. And this is a very useful and pleasant task. Live stream followers have the opportunity to see the bigger picture with all, even seemingly insignificant details.

Several media platforms live-broadcasted the January 14 large demonstration near the Russian military base in Gyumri: Azatutyun (RFE/RL’s Armenian service), Civilnet, 1in.am, Gyumri’s Asparez Journalists’ Club, and the next day even A1+. Their live streams had a large number of views, as the public wanted to see the situation in Gyumri in real time. According to our calculations, 250,000 people followed that day’s live stream (each platform had up to 40,000–60,000 viewers). 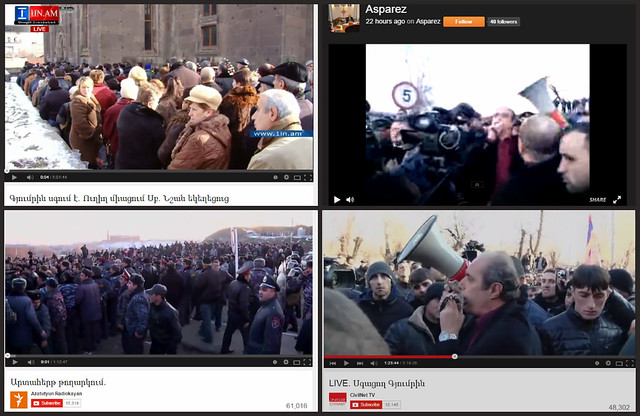 It was the window effect. Different news outlets and social media platforms used that which was seen and heard to develop or disseminate their news of the day. It was important that there was a link to the reality on the ground, and it could always be verified, if so desired.

There were many questions. Who will lead the investigation of the murder case (Armenia or Russia?), who will question the main suspect (Armenian or Russian law enforcement bodies?), where will the trial take place, and where will the now accused, Russian deserter Valery Permyakov serve his sentence? And in general, who is responsible for what?

The questions were formulated during the demonstration through the connection established between demonstrators and those following their actions (social media users even gave directions to the military base when news teams went the wrong way).

Answers to the questions arising during the demonstration were sought on the spot from authorized persons. For example, the Prosecutor of Shirak Marz called the Prosecutor General of the Republic of Armenia in the presence of demonstrators and thousands of viewers and beneath calls for silence conversed with the administration online (from 42:00).

During this emotional and potentially explosive situation, everything could be heard on live stream (curses, threats, calls, simply noise and jostling, emotional turmoil). The important thing that could be seen were people who aren’t indifferent. And who don’t need journalists. Journalists simply documented the reality.

In the case of events that suggest various interpretations and develop rapidly, when there’s mass concern and anticipation, live streaming is the tool that excludes misinformation — and this is protection for the media and from the media.

In our visually saturated life, the authenticity of video and the absence of breaks — when content is uncut and unedited — becomes the priority. This is the media model that, with its slow and constant flow, is coming to replace (or at least to offset) rapid response journalism.

Live stream’s fascination (possible also without disconnections) is most felt during tense situations, when the case evokes a massive reaction. Say, during the presidential election, when all the details — gestures, pronunciations, fragments, and even mistakes — are important. Even that in a given moment in a given place nothing is happening. The live stream of the entrance of the military base in Gyumri would be interesting round-the-clock. Even perhaps act as a deterrent.