Dramatic Silence and the Armenian Dram 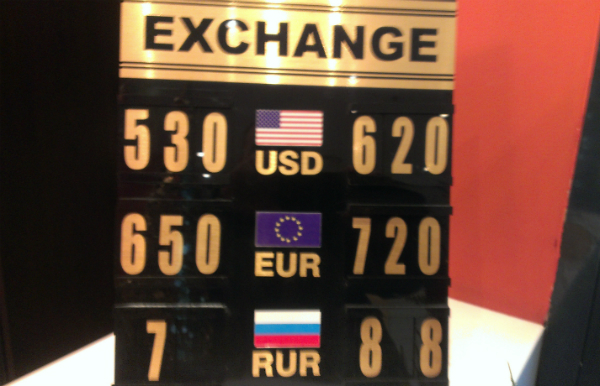 The depreciation of the Armenian dram and the ensuing panic showed that apart from objective and subjective financial problems, Armenia also has a problem of being informed in times of crisis. It’s a fact that while the dram was being depreciated, panic was not playing the last role (and still can play it).

Experience over these last few days showed that the public has an enormous interest in Armenia’s and Russia’s economic and financial state. There is great demand, but little offered in the way of such information that is locally produced.

On one hand, we have a lack of economic-oriented news outlets — the list is quite short. And those that exist often are limited to the latest news, since there is lack of economic analysts.

Furthermore, there is a very serious issue related to “newsmakers”, since experts in this sector prefer not to give comments, while those who comment often are the same people, who are also from the political sector, as a result of which economic issues are interpreted more so politically and geopolitically.

As a result, the public is mainly either highly politicized and often gets comments of a manipulative nature or is forced to consume the more general analysis of the situation in Russia published in the foreign press.

The news on the Central Bank of Armenia website

On the other hand, the issue in recent days was the silence of the Central Bank of Armenia (CBA). In fact, from December 10–12, when the dram began to rapidly depreciate, the Central Bank was silent. On December 12, when the uncontrollable fall of the dram began, published on the CBA website was this voluminous story, which had nothing to do with the issue. This was followed by an additional three days of silence, after which only on December 16 were explanations provided.

Naturally, at times like these the public has a demand for information. The demand these days can be evaluated considering that  currency exchange rate site Rate.am in a matter of days became one of the most visited sites in Armenia.

Interest toward news websites likewise sharply rose. For example, from Panarmenian.net’s open data one can see that the number of visitors during these days of crisis doubled at best.

In such a situation, when the public doesn’t receive information sustenance, and an information vacuum is created, it remains for everyone to become economic analysts and Facebook to become the main analytical platform — which is not the best solution to the situation, if not the worst.