Armenia’s Most Visited News Sites: An Experiment in Analytics 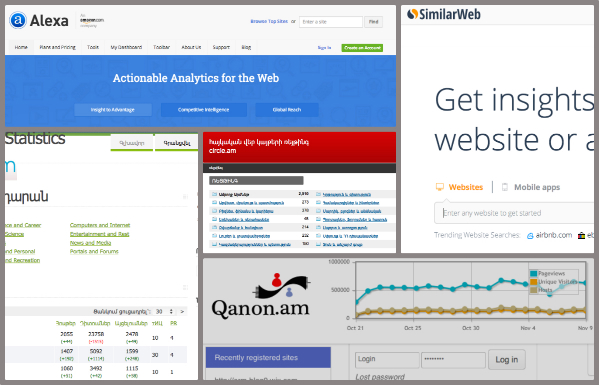 When Circle.am was the general online web resources rating platform for the majority of Armenian media, many were displeased for various reasons.

Later, the site underwent a transformation, and a few days ago it became completely dormant, which lead to other kinds of complaints, since it’s now unclear which are the most visited Armenian news websites.

If during Circle.am’s better days specificity was a bit much and editors fought fierce battles for high ratings every half hour, now is a time of uncertainty.

There are several tools today that allow one to conduct a comparative study of Armenia’s press. There are two web traffic data tools operating in Armenia’s landscape today, Qanon.am and Counter.am (the latter has been around for a while but became active more recently), which appeared after Circle.am’s transformation and tried to assume the same position.

Though several Armenian news websites have already registered on these platforms, both sites are far from fully representing Armenia’s media landscape. However, for the sites that are registered with them, they provide more complete and diverse analytics.

Today, one can get an idea of Armenia’s media landscape from two international web traffic measurement tools: Alexa.com and the relatively new Similarweb.com.

On one hand, the two tools calculate site visits through more relative methods than Circle.am, Qanon.am, and Counter.am. On the other hand, the data from Similarweb is more logical: it allows site owners to provide their Google Analytics data, which makes the data more realistic.

Furthermore, ratings are updated infrequently. Similarweb.com, for instance, updates its data once a month. But, comparing data from the two tools, one can get an approximate picture which Armenian news sites are the most visited.

Since Armenia’s market is small, Similarweb.com provides quite limited analytics on the Armenian web: only the top 50 most visited sites, among which currently there are very few news websites and aggregators.

According to Similarweb.com, the news websites and aggregators among the top 50 most visited sites from Armenia (as of Nov. 8) are the following: 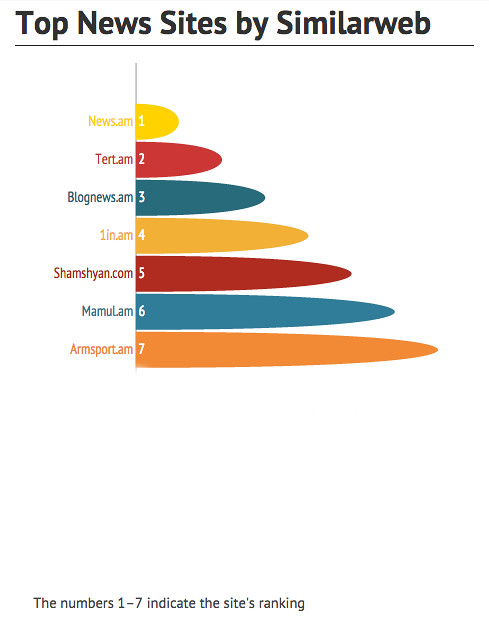 According to Alexa.com, the news websites and aggregators among the top 100 most visited sites from Armenia (as of Nov. 8) are the following: 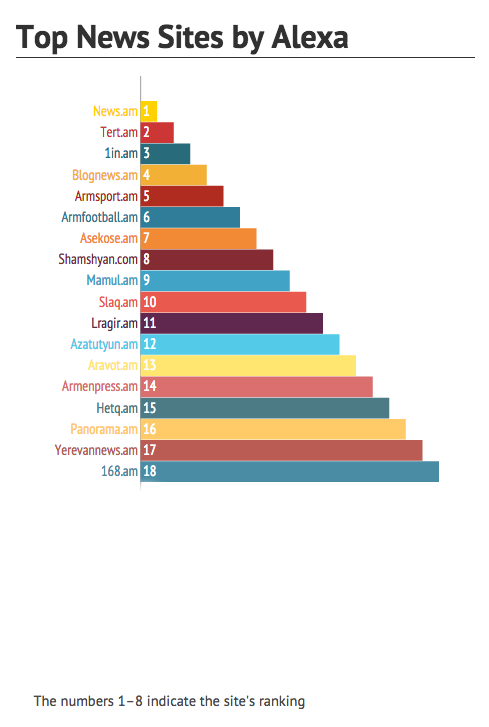 Naturally, these are not precise analytics; it’s obvious that there are differences. With these tools it’s possible to conduct a comparative study to some extent, but more serious tools, which are not applied in Armenia today, are needed to get a clearer picture.