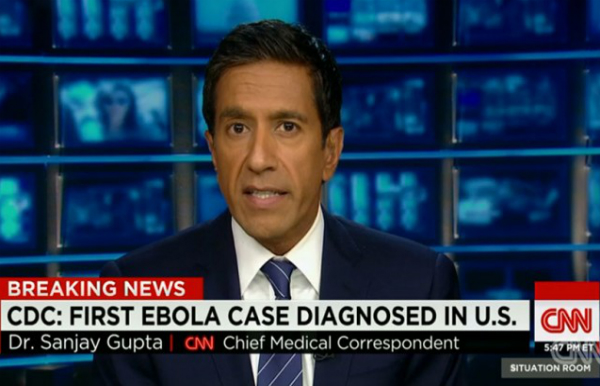 Ebola penetrated the American public at once, due to a few carriers of the virus and the news media.

Ebola’s “homeland” is Liberia, where the deadly virus was first diagnosed back in March. Liberian journalist Priscilla Quiah moved to the US in August for study.

In her opinion, panic is constantly spread through US media coverage of Ebola, due partly to journalists’ and partly to the public’s ignorance.

“The virus emerged from contact with meat. As a result of not adhering to rules of animal slaughter and meat preservation, it moved on to people. Patients are treated in large groups — that too contributes to the spread [of the virus].

“Furthermore, people come in contact with corpses: they give a farewell kiss and touch the body of the dead at the funeral. And this is one of the most likely ways of transmitting the virus. That’s how my brother-in-law died. He was a good man; he always helped with moving heavy objects.

“Two weeks ago, my sister died — she was 28 years old. She was so good; she always helped and washed the dishes.”

The “Ebola panic” in US news media reached an all-time high between October 16–19 — tantamount to the death of Bin Laden and Hurricane Sandy.

“Reliable Sources” host Brian Stelter, in an interview with Media.am, said the topic is constantly on screen and in the pages of newspapers because there are many unclear circumstances.

Brian Stelter: There’s mystery surrounding Ebola. Where did it come from, how did Americans get infected, under what circumstances? This appeals to journalists — we can speak about this at length.

But there’s no mystery surrounding poverty. Here, everything is clear. That’s why the news media speaks about Ebola and not poverty, which is quite a significant issue now in the US.

Media.am: Why does it cause panic?

Brian Stelter: Let me cite an example. This morning [October 27] a five-year-old child suspected of having Ebola was hospitalized in New York. Journalists reported this. Nothing else is known.

Journalism professor, ethics expert Dr. Bill Silcock believes that breaking news about Ebola in no way replaces a more detailed history of the case. It is simply replaced by other news — and that, only temporarily.

Media.am: Until when will the news media keep Ebola at “the top of the scale”?

Bill Silcock: Probably when ISIS attacks the US. See, even the shooting in Canada didn’t change much: Ebola disappeared from the media for a day but appeared the next day.

Now that five-year-old child’s illness, and today [October 29] I read that there’s a case in Baltimore. Baltimore, how? I’m already anxious because I have to travel and I’m afraid of airports.

Bill Silcock: As long as there’s obscurity surrounding this issue, it’s very hard to cover it from the right angle. And breaking news, accidents always cross the boundaries of journalism ethics.

Journalists don’t have time to think what consequence their words will have on the audience. Here they simply throw ethical norms out the window.

On October 16, the day with a high indicator of Ebola anxiety in the news media (according to data from the Pew Research Center), the Ebola scare at Syracuse University conquered healthy curiosity before the eyes of everyone.

University management prohibited a Washington Post journalist from entering the university, being afraid by the fact that he was in Liberia.

Three-time Pulitzer Prize-winning photojournalist Michel du Cille was to present his observations of Ebola, its nature and stereotypes “first-hand”.

University management remained resolute against any other arguments and apologized for the inconvenience but didn’t change its decision.