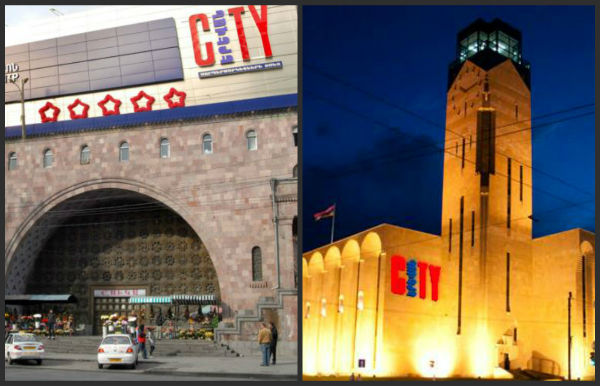 Often it happens (or it’s planned) that the public responds more with greater willingness, enthusiasm, and outcry to fabricated news rather than those that reflect reality. These so-called fake stories, appearing online and in print, immediately become the most read news items for the very reason that they’re fabricated, provisional, and staged — and therefore influential.

They’re influential because they condense something that’s reached its peak density and is looking for ways to express itself. When there’s dissatisfaction, revolt, legal or legislative disorder, fake stories begin to be created, disseminated, and commented upon as real news, since formulating, disseminating, and commenting on discontent any other way won’t work.

In Armenia’s media sector, the fakes are many — even massive. Regularly appearing are not only individual news stories and photos, but also fake websites and fake civic movements. As if we’re all living in a big fake country where real concerns and problems are served as light-hearted theater, while fake information assumes the role of a reliable and solid argument.

I’m talking not so much about the careless work of journalists and chief editors, when non-existing news and photographs accidentally or due to error creep into the newsfeed, but rather about measured, intentional tactics.

This skill is very well applied by websites claiming to be independent but that really operate in the shadow and enjoy government sponsorship. Many websites not only disseminate fake news, but also play at fake opposition insubordination — as a result of which the original problem becomes fragmented and disappears.

And that very successfully depreciates the idea of insubordination, of revolt. Using this group of youth [AM] asking drivers who are double parked or parked on the pavement to move their vehicles as an example, we can say that they’re trying to have a law-abiding country, obliging drivers to park in the designated areas — but to do so without mentioning the recently enforced controversial paid parking scheme. And so it becomes just a demonstration of an abstract and superficial struggle — a fake movement.

I’m not even recalling numerous other, more easily constructed fake news which report on non-existing or assumed romances, marriages, separations, and operations.

These days an entire “fake” building made its way into local news — one that has neither a name nor status. That is the Covered Market, which under the name of Pak Shuka became perhaps a nameless supermarket.

When the reopening-reconstruction-launch of the Covered Market (or Yerevan City supermarket?), which had occurred in an environment of proven violations and public outcry, took place, the media began to search for ways to present this fact.

This was difficult, since this building’s official status is still undetermined (is it a monument or not? Is it a market or supermarket?). Previously, there were several protests and published reports pointing to violations in the building’s construction and demolition, but when the new building opened, a need arose to convey the news — by maneuvering around the obstacle of violations.

The owner/MP of that fake (non existing, not formulated on paper) building likewise wants to appear fake, saying he has no property. He reaffirmed this statement on A1+ [AM], saying the building doesn’t belong to him and he’s just come to buy some fruit.

And so, it is the media that has to legitimize the nameless market-supermarket structure, combing and editing the not-too-distant past, which assumes that the history of the monument, its mutilation and compensation of abuses in the future would’ve been ignored.

This story headlined “The Reconstructed Covered Market in Photos” [AM] cautiously prompts readers that that which reopened is, in fact, a market.

ArmNews TV declared with great pleasure that the Pak shuka opened (a successful wordplay1) and uploaded a fake photo on which an additional floor, five stars, and the Yerevan City logo were added with photo editing software. Though that photo was later removed from the site, it reaffirmed the view that we are dealing with another branch of this supermarket chain (though this is not officially declared).

1in.am, however, kept the doctored photo as the main photo to the story “The Symbol of State Disgrace” [AM].

These fake stories have one important, psychological role: they acclimatize the public to an unjust reality, where mistakes, violations of the law, the disgusting, and the dangerous have their unique place (they are given status, they are legitimized), while allowing us to lightly mock that which loses its potential when mocked.

1 It is a “successful wordplay” because only the first letter of the first word is capitalized so it’s unclear whether the editors are retaining the covered market’s original name or simply calling it a covered market.