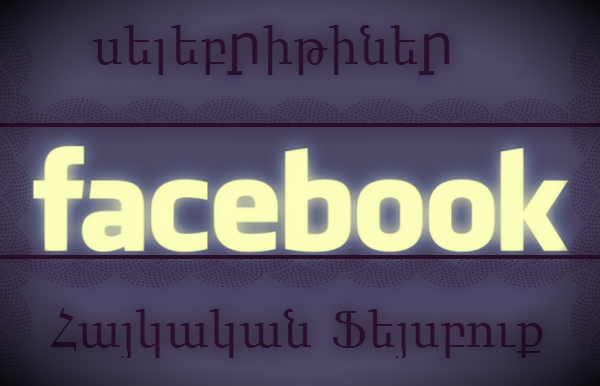 Partly because the issue of mass media publishing posts made on social networking sites continues to remain controversial and partly because it doesn’t want to repeat the practice of those websites that copy others’ written work instead of publishing their own content, Aravot.am refrains from publishing Facebook posts or status updates (there were cases when such posts were invoked, but they were disseminated by other websites). But. At least once a week I am forced to refuse political figures who suggest we republish their Facebook post.

To the counter proposal of giving us an interview, I’ve heard already a few times now the counterargument that the post made on social media is republished by several [news] websites, while an interview is limited only to the visitors of that specific website.

Well, of course, it’s possible that it might be published in part by other websites. But, moving ahead, we can predict that when the amendments to the RA Law on Copyright and Related Rights are in force, the number of republished material will decrease, since this legislative initiative is stated as follows: “Without the author’s permission and remuneration, republishing excerpts from print and electronic media by other print media and websites is carried out only if the purpose is justified. Regardless of the republished material’s volume, republishing excerpts from news items should not reveal the actual news item.” As for what might qualify as a “justified purpose” is unclear at this point, and co-author of this bill Arpine Hovhannisyan cites examples from international practice, when a court decided that even republishing only the headline already reveals the actual news item.

In short, citing from websites is becoming more and more dangerous from a judicial perspective, while citing from Facebook is safe, if you don’t cite a creative work, insults, or defamation.

But already without theoretical conversations, I want to present a few facts to the opponents of citing from social networking sites:

Perhaps the main argument in our conversations was made by Anahit Bakhshyan, head of the Barev Yerevan faction at Yerevan City Hall, when she suggested republishing the open letter she posted on her page on Facebook. In response to my traditional justifications as to why we can’t do that, she asked, “But why? I simply chose Facebook for dissemination.”

Many have chosen Facebook as a means of disseminating statements and open letters. For example, attorney Aleksander Sirunyan defending Vardan Sedrakyan, prior to the start of the court process, turned down interviews with many journalists, explaining that if there’s any news, he will publish it on the Sirunyan legal office Facebook page.

Prosperous Armenia Party MP Vartan Oskanian acted the same way regarding the case against him. And even CivilNet, a program of the Civilitas Foundation of which he is a founder, was simply republishing what Mr. Oskanian wrote on his Facebook page about the latest investigation.

Some of them even later send their posts as a press release to the news media for dissemination. And doing this is not only head of the Armenian Union of Political Analysts Hmayak Hovhannisyan, but also the Council of Europe Commissioner for Human Rights. Recently, I received the following email message from the Council of Europe press service: “Dear colleague, The Council of Europe Commissioner for Human Rights, Nils Muižnieks, has just published a tweet in relation to the attacks to activists in Armenia. He wrote: Concerned about attacks vs Arshamyan, Saghatelyan & other activists in #Armenia. Effective investigation & accountability must b ensured.” That is, a message posted on social media has been sent as an official statement.

I could go on, adding statements from the “We pay 100 dram” and other similar Facebook-based initiatives, which to bypass at least would impoverish our news feed. But to summarize: it’s obvious that the question to republish or not to republish content from Facebook does not have a definite yes or no answer. And the most acceptable version of an answer is as follows: yes, if the message is about a public figure or civic initiative, and no, if it’s an ordinary citizen’s message intended for his friends.