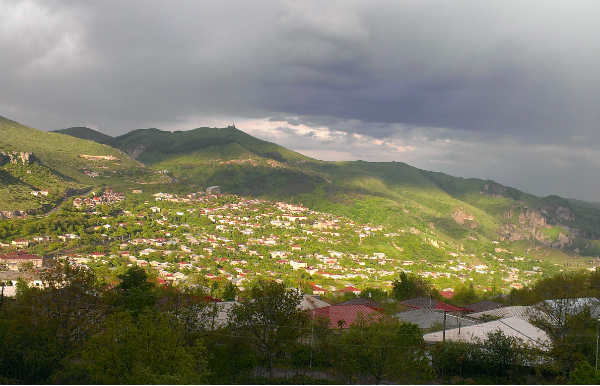 The gunshots fired and the resulting murder near the home of the regional governor of Syunik province (marz), which killed a former mayoral candidate and wounded his brother, occurred on Saturday, when those news outlets considered the “heavy guns” (that is, mainly television) practically don’t work. The news feed began to be saturated with the details of the incident and to ramify initially online.

Syunik’s regional governor (marzpet), in some sense, is “legendary,” being associated with several scandals (regarding mainly the use of force), which he has always been able to get out of “unharmed,” even being awarded a medal for his services.

And since among the suspects for the murder and attempted murder near Syunik regional governor Suren Khachatryan’s house was his own son, this piece of information was immediately accompanied by several allegations and assumptions. The Internet was flooded with headlines mostly ending in question marks, as much was unknown, and apart from being solely a felony, this bloody incident also had a political subtext.

On June 2, a Sunday, all local news outlets were asking: will the marzpet (or his son) be punished? Will he resign or not? 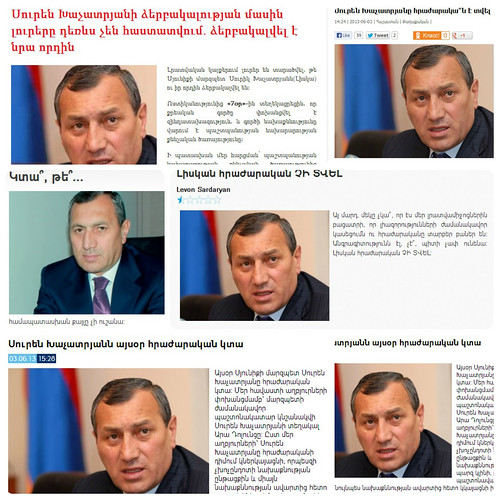 The police were beginning the investigation, the marzpet was silent, and the Internet was thirsting for more details and official statements. Some news outlets (mainly pro-government) initially said the gunshots were “random” and what happened was simply an unfortunate accident. Especially since during the incident, the marzpet — these news outlets insisted — was sleeping and couldn’t physically have been present at the dispute that arose after the banquet and the subsequent murder.

And so, for two days, news outlets were digging up new information regarding the incident and publishing stories comprised of question marks. Will he resign or not? What will the Armenian president do? When will there be an accusation (or a resignation)? And so on.

And when on the eve of June 3, a written statement by Suren Khachatryan appeared, the media got a second wind. The main question was tied to the nature of the message. If before the media predicted that there would be a resignation (or not), well now the marzpet leaving his position temporarily of his own free will was presented as a resignation. 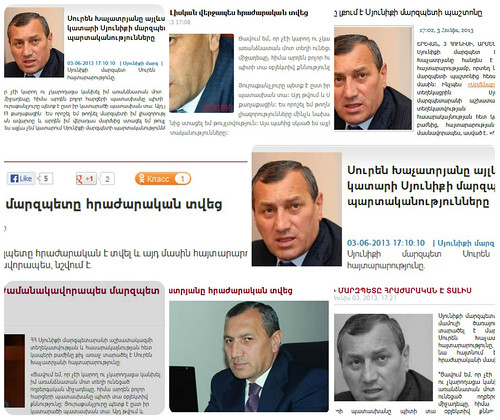 Later, when it became known that the marzpet was simply saying that he received permission to be absent from work and is not at all alluding to his intention to resign, the general tone of the headlines changed once again. The negative, that is, the word “not,” began to be emphasized (did not resign, will not resign, will not leave, and so on).

And so it was that the commotion and these highly symbolic incidents truly shocked local news media outlets, which either decided to sleep this one through (as was the case with many TV stations) or publish news with such anxious speed that they were forced to edit their content only moments later.