The Market for Mobile Devices in Armenia 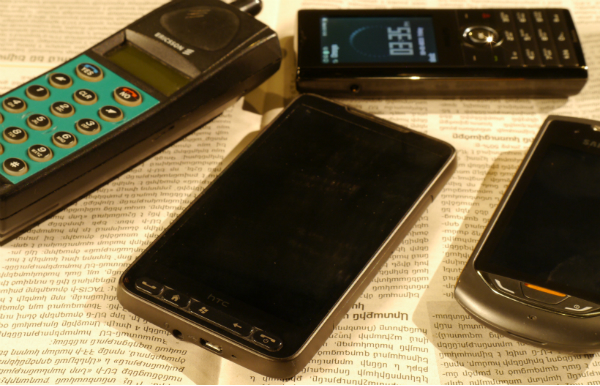 Armenia’s mobile device market has not been properly assessed. It’s unclear how many people in Armenia access the internet with a tablet, a smartphone, or a basic phone that is able to connect to the internet.

There are no accurate, publicly accessible data, though an approximate picture of the mobile market in Armenia can be obtained from other sources.

In July 2012, a representative of Mail.Ru Group announced that more than 787,000 users in Armenia visit the Russian social networking site Odnoklassniki, 272,000 of these accessing the site from a mobile phone; that is, about one-third of visitors.

Facebook provides more detailed data. According to data accessed in mid-May of this year, 470,000 users from Armenia access Facebook per month. Of these, 193,040 — about 41% — use mobile devices to do so.

The following is a breakdown of smartphone and tablet use according to operating system:

Take into consideration that the same user might access the Internet using more than one device, and so the overall number of users might be different than expected.

Statcounter collects aggregate data from across its network of sites. The statistics aren’t that accurate as visits to social networking sites are omitted. On the other hand, users are considered from a broader spectrum. 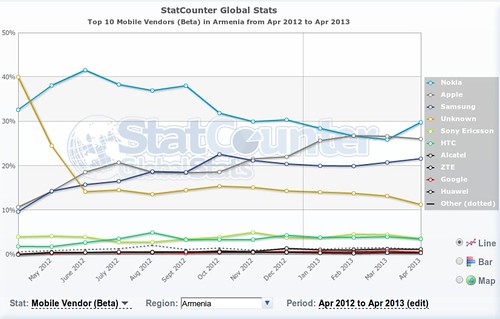 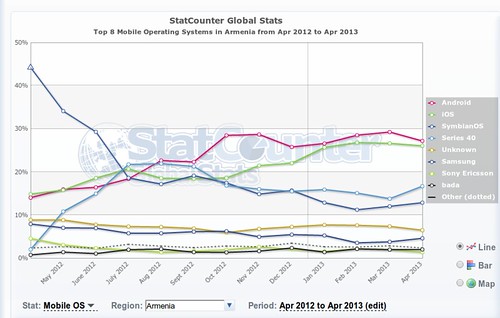 We can generalize and say that the number of mobile device users in Armenia is rapidly growing, in some cases approaching nearly half of all (Internet) users.

On the other hand, smartphones don’t have a predominant role in the market; however, they are gradually pushing older phones out of the market. While iOS and Android operating systems continue to share the smartphone market.