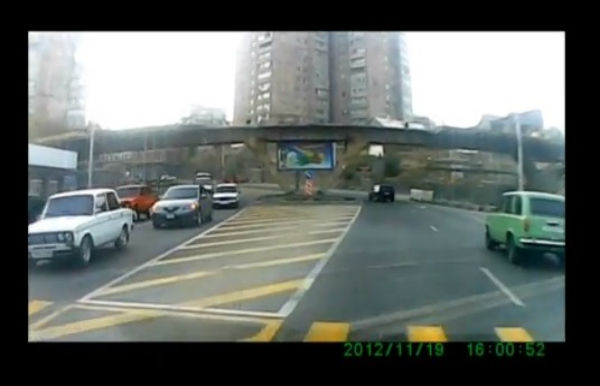 Citizen journalism and social media news is a serious component of the news media sector. Many even make citizen journalism their second profession, and editors are constantly combing the Internet to find interesting content.

Citizen journalism allows consumers to get information from places where there wasn’t a professional journalist present at the time. On the other hand, in many instances, people realize after the fact that they could’ve recorded an important event they witnessed, say, with their mobile phone, but didn’t do so.

In many cases, capturing the moment fails simply because no one managed to get out their phone and record the incident in time.

In such instances, the news media attempts to use the footage captured by video cameras located at the scene, which, obviously, is not always successful. Sometimes it happens that the incident is caught on tape by more unusual devices. For example, the terrorist attack at Moscow Domodedovo Airport was caught on tape by the video camera of a bank’s automated teller machine (ATM).

Lately, devices that people always carry with them have begun to play a greater role. I’m talking about the dashboard-mounted video cameras that drivers place in their cars to protect themselves from crooked cops and insurance scammers.

Naturally, when there is a large number of cars on the streets that document everything that happens in a given day, bizarre scenes are often caught on camera. These are mainly automobile accidents, the footage of which have flooded the  Internet.

Occasionally unique incidents are caught on these dashboard-mounted cameras. For example, the Chelyabinsk meteor was caught by several of these cameras simultaneously.

Or the well-known footage of the plane crash in Afghanistan.

In Armenia, these dashboard-mounted cameras also have managed to play a role in public life, so far recording mainly violations committed by other drivers.

Perhaps the first case in Armenia in which a dashboard-mounted camera played an important role and became the subject of much discussion, was this recording, filmed by Daniel Irannisyan, of police officers who ask the driver to pull over without putting their sirens on. Once they find out they are being filmed, they quietly leave the scene — even forgetting to turn on their left indicator to signal their merging into traffic.

Considering that dashboard-mounted cameras are becoming fashionable in Armenia, it won’t be long before this sort of “passive” citizen journalism will be more widely employed.