In the Images of Yerevan 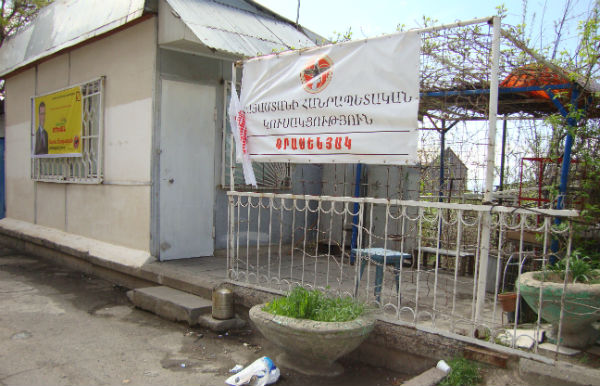 Elections usually flood the city with a great number, extent, and amount of videos, mobile or fixed posters, and slogans, which, assuming the role of political advertising, turn the city into one big news outlet — with its colorful segments.

With the help of this ‘news outlet,’ different political parties (one, greatly; the others, less so) inform residents of their visions and forthcoming achievements.

The upcoming May 5 Yerevan municipal election (which will determine the new mayor of Armenia’s capital city) provided an occasion to speak of visual messages being opportunistic or anachronistic — especially, since after the official start of the election campaign period, we were greeted with an onset of audio and visual goods, all for the citizen’s vote.

We’ve already become used to the fact that the city’s external appearance sometimes tenderly but usually aggressively is subjected to an intervention — residents are bombarded with slogans, photos and videos that visualize some political actor’s notions of our future.

The main emphasis, of course, is placed on decoration and ornamentation; that is, that which is superficial but at the same time noticeable.

Of course, those series of posters and videos sometimes seriously contradict reality and are accepted with internal resistance, but sometimes they quite clearly say that which you won’t find in the political actor’s official statements or programs.

This was the case this year as well: there was practically no difference in Yerevan’s real (shaped as a result of daily use) and invented (dreamed, expected, utopian) images during these elections.

In the ruling Republican Party of Armenia party’s video, we see the same city that exists in reality today. That is to say, a city where there’s nothing to film apart from artificial and staged performances, young women dancing with bunches of grapes or strolling with clay jugs, statues covered with facial powder, lifeless streets, and residents satisfied with very little, who are happy just to receive small floral bouquets from the statues. 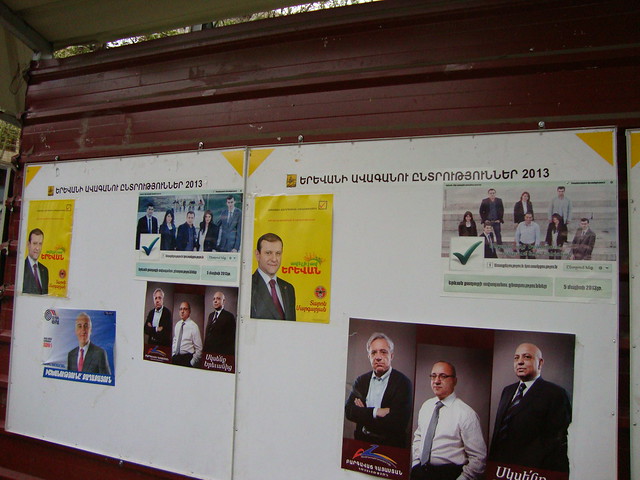 The video showed that it’s quite difficult to find signposts in Yerevan that are written in Armenian (English and Russian prevail in Yerevan today) and that prior to going for a stroll, one has to wish that the stroll goes well (otherwise, perhaps, it might not).

The choice of photos, poster colors, and music videos, at first glance seemingly naive and not containing much information, actually says a lot about how the life of our city will be in the coming years.

Perhaps it will be like a plastic white swan swimming among a sea of tulips. Or, it will become “everyone’s favorite and great house” for that political party, the leader of which prefers to walk on a red carpet. 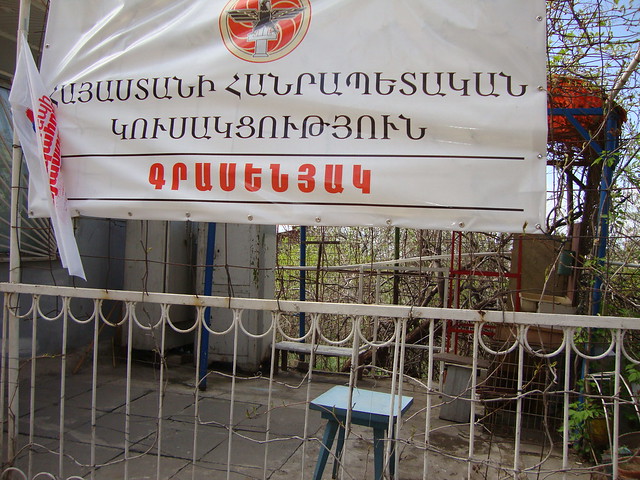 Yerevan will continue to talk about its thousand-year-old history, while actually consistently and rapidly eliminating the trace of even a half-century city (many of those from opposition political parties will use this fact).

From the buildings, fences, and roofs of the Armenian capital, political party representatives pictured solo, in a duet, trio or even a quintet have already begun to smile at citizens, reducing Yerevan to a news outlet with augmented segments unrelated to one another.

Not left out of this depiction are the outdoor pavilions in yards, which political parties (one, greatly; the others, less so) have bestowed with party affiliation and colorful slogans. In the name of the citizen’s future.