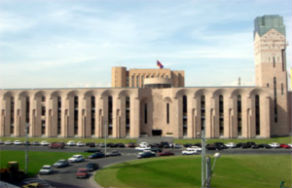 In a previous article on the lack of debates among candidates during this year’s presidential election campaign, I wrote: “…what concerns me more is the behavior of the news media in this matter — especially national TV stations, which are the most influential, [which] didn’t organize televised debates or if they did, were unable to gather the candidates face to face for a conversation.”

There probably is no need for additional clarification as to why I recalled this and why I am addressing this topic again: the election campaign period for the May 5 Yerevan City Council elections is beginning, and it is important for the residents of the capital to know what mayoral candidates think about Yerevan’s many and various problems and their solutions.

Furthermore, I believe that a great number of voters undoubtedly would want to hear not the grandiloquent promises of monologue-speaking candidates but specific proposals and specific ideas to solutions to specific problems (which are many in the capital). And such proposals, discussions of such proposals, opposition to them, and proposed alternatives, in my opinion, can only be raised during debates.

And though at the presidential elections, regardless of what you do, those abstract and grandiloquent slogans are many and the objectivity of debates (if they are held) might be nonexistent, Yerevan’s problems are very specific and an abstract debate or ornate slogans won’t save the day. Therefore, in this case, a more objective debate can occur around specific issues, which will make clear to TV viewers (i.e. voters) who is prepared to solve the problems related to everyday life more effectively.

Now what, in my opinion, is necessary for us to witness real televised debates at least during this election campaign period?

(a) Any broadcasting TV company — it would be good if it was Armenia’s public broadcaster (or any TV station having a general orientation and a license to broadcast in the capital) — must take the initiative [to organize such a televised debate], informing campaign organizers of political parties participating in the election of the initiative, its format, time, and so on beforehand.

(b) It would be good if organized were so many TV programs that the top candidates put forth by their political parties have the opportunity to debate with each other — each candidate debating with all the other candidates.

(c) Chosen for each program should be two or three specific topics, to which the participants have agreed, so that they are properly prepared to present their ideas on the issues.

(d) For such programs, the most convenient time slots have to be chosen.

In my previous article on the topic I wrote, “…I believe, not being able to debate face-to-face is one of the greatest shortcomings or perhaps greatest displays of arrogance (“Who is he for I to debate with him?”) of Armenian politicians. Probably giving monologues, characteristic of this (why only this?) election campaign, is easier: there’s no one disputing you and you can say whatever you want…”

Now my wish is that political figures — i.e. mayoral candidates — at least during the Yerevan City Council elections review this approach, and we witness real televised debates.

Of course, for this to occur, TV companies must first take the initiative.