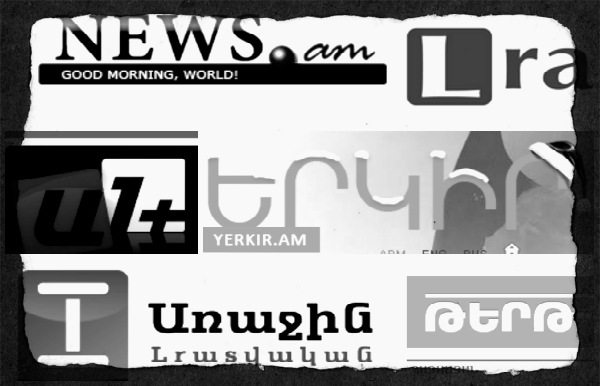 Armenian online news media reported the assassination attempt on presidential candidate Paruyr Hayrikyan with the principle “the quicker and the more, the better”.

The newsfeed was full of details regarding the attack on Hayrikyan and the condition of his health. Journalists were diligent and persistent. Site visitors were receiving the most important main news of the hour.

But the main strategy that I pointed out — the great quantity of news reported at breakneck speed — wasn’t always justified.

There were statements reported by online news media that in some cases were ambiguous (“[Presidential candidate] Raffi Hovannisian’s wife was beside Hayrikyan the entire night”) or that evoked misplaced laughter (“… at this moment Hayrikyan is trying to sleep”).

Do readers want to know about Hayrikyan’s breakfast or his daily regime generally — with all its details? Is this a reality show or breaking news coverage?

There were three core topics regarding the shooting which all inconsequential and major news and reports covered:

Local online news media worked according to the following principle: each new piece of information was published as a new story or article. The classical approach, whereby each major news headline is updated with new details with the addition of “updated” in the headline, was mainly nonexistent.

I’m not saying that a newsfeed updated every few minutes is a bad thing or is highly inconvenient. But coverage of the Hayrikyan incident revealed another problem for Armenia’s online news media.

News sites aren’t adapted to covering breaking news with a special regimen. Online news media outlets (perhaps with the exception of RFE/RL’s Armenian service) primarily don’t have a flexible structure, whereby it’s possible to add a new section to the main menu. In this case, the headline “Assassination Attempt Against Hayrikyan” or a “Hayrikyan” section in the site menu would help users immediately filter news about the day’s most important event.

One doesn’t have to look far for such an approach. Russian news site Gazeta.ru has long allocated a separate area on its site menu for important current events.

When designing news websites in Armenia, the opportunity for breaking news isn’t really taken into account.

But breaking news, whether we like it or not, do happen, and they require extraordinary coverage. During elections as well news websites usually work according to a special regime. And many news sites’ newsfeed is also in the format of live coverage, also known as “live blogging” online.

And here too there are corresponding tools that news sites in Armenia ignore. For example, Scribblelive, which allows real-time content creation by allowing users to post and edit content, insert images and video, create polls, provide comments, moderate and curate the social web. It’s a paid content delivery platform, but it’s not that costly for Armenian online news media outlets.