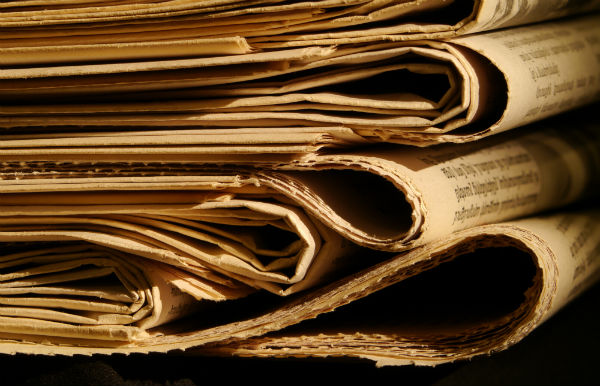 Recently I was speaking with a journalist, and the discussion turned to one of the specific characteristics of Armenian online news media — publishing a daily print press digest. Many of the news media websites in Armenia today actively produce a digest of the main news stories printed in the given day’s newspapers.

From the morning, if there’s no other events that are out of the ordinary, the news feeds of online news media are mainly full of content republished from that day’s newspapers.

Print press digests effectively comprise a fairly large percentage of the content on Armenian news media websites. In the mornings, these digests are nearly the main material of these sites.

Of course there is local press digest in other countries as well. If we take Western countries, for example, this is mainly done with one or two news stories, and the interesting stories published in the local press is simply presented briefly.

Even in the post-Soviet states, where they prefer to cite the daily press more so than in Western countries, there isn’t such an interest toward newspapers as there is in Armenia. This is even more surprising when you consider that print media in Armenia is gradually simply disappearing, that circulation is going down, and after February perhaps we will bear witness to a new phase of decline.

An interesting situation is created. Newspapers are gradually losing their readers. The reasons, of course, are several — the internet, the matter of immediacy, the “partisanization” of a large portion of newspapers, and the lack of interest by youth.

On the other hand, they continue to be a specific agent in the news industry. One to two news stories from each newspaper reach readers through the internet — and, by the way, not articles in their entirety but their short descriptions. No doubt it can be debated that newspapers have migrated to an online model; all have their own websites; and people read everything there anyway.

But readers today mostly don’t read long articles. And so, articles are written, then distilled, and one to two important news items are republished online. In the best case scenario, the article published in the newspaper is read by several hundred people, while online news media get the important stories out to thousands of readers.

Television also does the same thing, as a result of which the number of print media readers drops even further (what’s the point of buying and reading several newspapers if you can find out the most important news in five minutes?). The paradox is that parallel to all this, the influence of newspapers grows.

In this case, perhaps we shouldn’t torment ourselves, but rather print a couple of flyers, which could be cited. The rest the Internet and television will do. The important thing — that the newspaper’s brand name remains.