Must We Laugh at People? 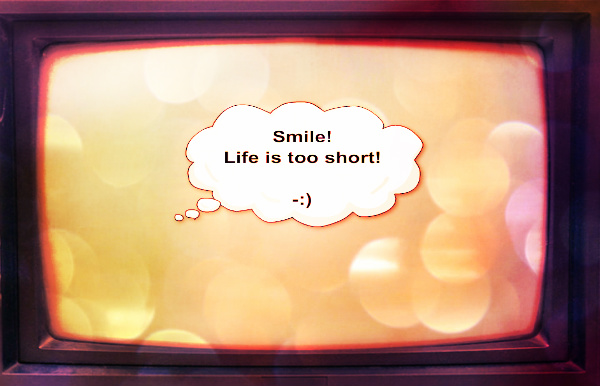 Shant TV’s program “X-Factor 2” laughs at a woman who has aspirations of becoming a singer. In the past, she participated in the same TV station’s “Superstar” and “Im Anunn E” (“My name is”) programs and is known for her performance of a Tony Braxton hit song.

Our fellow compatriots have made the video uploaded on YouTube a topic of jokes. On Blognews.am, there are more than 100 comments on her performance, 95% of which ridicule her. There are 116 comments below the YouTube video. Similarly comical is the assessment both on the air and online of the participation of some in Shant TV’s “Parir, Ete Karokh Es” (“Dance, if you can”) — a video of a female participant’s performance was eventually removed from YouTube, but the program can still be viewed.

They describe the subjects of soap operas to each other everywhere — on public transportation, by telephone. In the regions, to be frank, they don’t even laugh at the singers or dancers on those shows — they accept them as they are. Because they view it somehow within the logic of soap operas.

That is to say, they just don’t expect more. Have you ever seen anyone on air laugh at, say, the statements or actions of a politician representing the ruling political party? No. And thank god.

Has anyone on air laughed at the judge who slapped a 30,000 AMD fine on [local opposition activist] Vardges Gaspari for calling former police chief Alik Sargsyan a “hooligan”? After all, isn’t the ruling itself satirical? It has been equated with a violation of public order and insult.

There’s no such thing in international law; international law has separated these so that insult doesn’t become a topic of persecution. In England, for example, you are not persecuted for insulting the Queen on the street. Instead, if the person issuing the insult is violating public order, say, he’s blocking the work of public transportation, he is fined at the very least.

Nver Mnatsakanyan, a commentator on the First Channel’s program “Hartsacryuc” (“interview”), hosted as a guest on his show head of the team investigating founder and former chair of the Civilitas Foundation Vartan Oskanian’s case, Deputy Head of the Investigation Department of the National Security Service (NSS) Mikayel Hambardzumyan. The host’s first question was “In whose procedure is this criminal case found — the prosecution’s or the NSS’s?”

The second question could’ve been addressed to the Ministry of Agriculture official, if the case was in his department: “What was the basis for the NSS to get involved with the Civilitas Foundation?” A journalist has to check such questions before the interview. One more thing: from June till now, Mnatsakanyan hasn’t invited Vartan Oskanian to be a guest on his show, why has he invited the head of the investigation team?

However, from a journalistic viewpoint, the “most amusing” was what ArmComedy did during its Nov. 4 broadcast (watch from 18:25). Speaking about Vardan Sedrakyan, who nominated himself as a presidential candidate and who concludes his remarks with the words “There’s a god above”, the ArmComedy host counters: “I don’t know about god, but there’s a really comfortable establishment next to Sevan for candidates like this.”

The young man is referring to Sevan’s psychiatric clinic (I’m not identifying who said it because the two hosts bear equal responsibility for these words. The other host added to the remarks with “We’re not implying anything, but if the universe suddenly demands it, it’s good to know the place — near Sevan”).