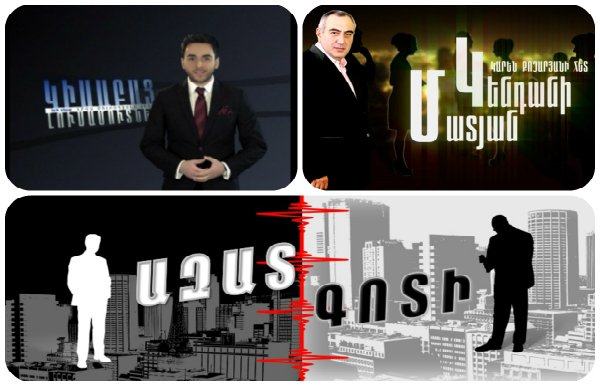 Do Armenia’s TV programs provide sufficient information to voters so that they can behave like democratic citizens?

Many, most likely, will say no, pointing to the recent flood of entertainment programs, which are supposed to integrate the necessary part of “digested news,” gradually supporting the development of the ability to master the main news.

As a rule, pure news that conveys the most important events (if, of course, distorted information and political videos aren’t incorporated) have no attraction for the not yet politically mature.

Presumably a TV station with a clear mission and knowing its role should’ve aimed for the maturation of each TV viewer, gradually being led from digested news to the intelligent understanding and discernment of pure news.

Probably it’s time to demand that on this basis of this affirmation TV stations invest in complete quality management systems and serve their purpose (as they say, fit-for-purpose).

If like the education system and according to the standards of the International Organization for Standardization (ISO) the airwaves were subject to monitoring and assessment, then it would be much easier for the National Commission on Television and Radio to make judgments about revoking a TV channel’s broadcasting license.

Whether we like it or not, talk shows have become an integral part of entertainment and leisure and a broadcasting slot that’s anticipated by many. Initially, such shows had a problem with discussing and detailing the day’s news, but gradually they began to become sensation-containing demagogy.

Some talk shows try to maintain a high quality tantamount to their own mission (led by the goal of developing informed citizens in society), while others discuss topics of secondary significance to public life, trying to present them in a more entertaining but harmless format.

Finally, the worst and most harmful talk shows are those in the notorious Jerry Springer style, which stuff our most basic desires and wrath (which, by the way, have been lashed in all dogmatic systems), negatively influencing society.

There isn’t even a need to cite research; the claim is so obvious.

From the start, none of them met the classic requirement to be called a talk show, where, in the context of the latest important news, a relatively unprepared TV viewer might gradually prepare for informed participation as a result of some awareness gained through detailed discussion. 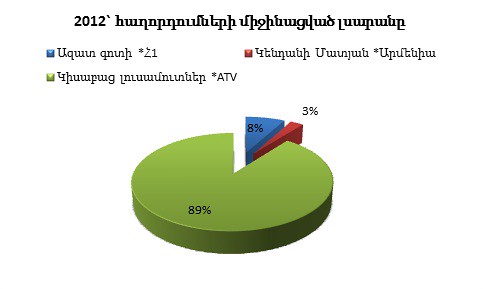 Moreover, one of these was an earlier discussed pernicious program, in the style of Jerry Springer and having a great reputation, where people were talking about their most menial thoughts and adventures.

This was followed by a reciprocated response by experts and the audience, which reproduced that “culture,” where value is flavored with low-class epithets and dishonor or ongoing high-pitched conversation, and in the worst case, with the host’s unbearable vocabulary and shouting.

If TV stations were subject to total quality control and were licensed on this basis, then such programs, no matter how in demand they were, would be unable to occupy air space.

But the reality in Armenia is not yet so. Online I tried to calculate by random sampling the average values of viewings of these three shows’ broadcasts this year.

Probably we have to put a stop to all this, but within the limits of the constitution and faithful to the democratic spirit.

It’s necessary to demand that, alongside several other industries, journalism also be subject to the dictate of quality control.