Journalists and Knowledge or the Presumption of Insanity 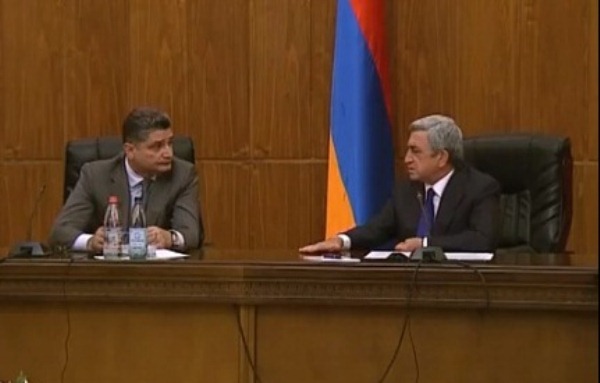 The last several weeks RA President Serzh Sargsyan and RA Prime Minister Tigran Sargsyan surprised the public with rigorous measures aimed at eliminating abuses in various sectors, which were widely covered by the local media. One of these measures referred to the relationships between people with disabilities and social services.

On Teacher’s Day, Serzh Sargsyan also spoke about the social services sector, especially about needy children. Following the attention from the media, I figured my sometimes journalist colleagues need to acquire some scientific knowledge or refresh their scientific knowledge if they had it at one time, in order to record a number of important facts for our reality.

It’s hard to get a journalist to pay attention to nuances in language if a Member of Parliament can address her with words such as “I’ll give it to you, I’ll break your jaw — don’t film… no, I don’t want it; your father wants it; go film your father.” Or when in the public and offhand speeches of a famous and loved (person,) oligarch rarely does he end a sentence with the subject with which he began it; that is, he doesn’t keep the requirement of sentence structure learned at school, that a sentence must express a complete thought.

It’s true, if she (the journalist) is armed with patience, it’s possible that there might be a change for the better. For example, the oligarch in question beginning to read more smoothly from paper, while the sentences, which are repeated from one speech to another, in form and content are like traditional Armenian toasts — they are often complete.

But if journalists are not patient, since it’s possible that politicians’ self-education won’t produce the required results, I would like journalists, so as not to lose their professionalism, to pay attention to a linguistic phenomenon known as euphemisms.

At the end of the day, linguistic nuances sometimes say more about a famous politician or the country’s political state than blatant unintelligence.

Let me cite an example: it was with great interest that I was watching how the prime minister didn’t leave a stone unturned during the Ministry of Labor and Social Affairs visit. How he expressed his horror at what difficulties are faced by the annual 65,000 people with disabilities, when they have to receive benefits and their level of disability has to be determined by the ministry’s Medical and Social Expertise Agency, which the head of the Control Service of the RA Prime Minister personally ascertained…

And so it was that the head of Medical and Social Expertise Agency was fired on the spot. The horrified prime minister continuously repeated that the people with disabilities “had paid”… an uninformed TV viewer (say, a diasporan Armenian) might think that the prime minister was referring to a state fee and might not understand why the head of the department was dismissed. But an informed TV viewer (that is, one in Armenia) knows that the he was referring to bribes.

But why is the prime minister using a euphemism; that is, a milder word than the given incident implies? Because people in Armenia won’t believe that there’s an innocent minister in this government whose subordinates would accept bribes and he wouldn’t know about it or not get his share. Because we in Armenia won’t believe, as well, that the prime minister take a bribe and not pass it higher up (perhaps not checking to see what part of that money was received from people with disabilities).

So, a clever journalist in an analytical piece might come to the conclusion that the prime minister is using a euphemism, since whatever word he articulates in describing the Medical and Social Expertise Agency’s work methods refers directly to him, and he prefers “fee” over “bribe”.

An interesting analytical piece for a journalist as well is Serzh Sargsyan’s use of the word “also” (likewise). Speaking about the fact that a good student shouldn’t drop out of school if she is unable to pay the tuition fee, Sargsyan said that “children of needy families are also our children.” That is, “our” children are those who are needy, but those are needy are also our children.

A journalist is thus confronted with an issue: if in Armenia, as a social state declared by the Constitution, more than 30% of children are poor, what class does the country’s leader represent, he who is generously preoccupied with their concerns? The bourgeoisie. And how did that bourgeoisie form and what slogans did it have that it came to power — bourgeois [slogans] perhaps?

During the Ministry of Labor and Social Affairs meeting, the prime minister expressed concern also over what those 65,000 people with disabilities thought about the authorities when they demanded a “fee” from them. The prime minister is right to be concerned; that is, after all, what they thought, what he figures — only a little bit worse… a little bit… and with stronger words…

So the work of 4 ministries was plentiful enough that no voter wanted the current government to stay in power. The number of ministries in the Armenian government is 18. After this math, journalists and the prime minister will likely come to the conclusion that

Other hypotheses are welcomed by the author of this article.

Epilogue or the Presumption of Insanity

The presumption of insanity requires also the assumption that for years neither successive ministers nor the prime minister knew about what was happening in the areas under their control. In that case, I would advise my journalist friends to also concern themselves with jurisprudence, and, for the internal placidity of their native country, to reach the point where an article on Presumption of Insanity be added to the criminal code.