They Pay Little, But Demand A Lot 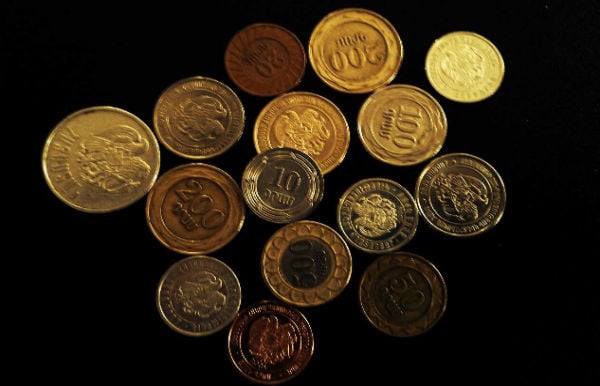 Many say the reason there’s a lack of good quality articles in Armenia’s media today is that journalists are not well paid, which forces those in this profession to work compulsively, working for several employers at the same time. And going after money left and right doesn’t foster the preparing of diligently written pieces.

To get a picture of journalists’ salaries in Armenia, let’s take a look at job offers in the market. A job posting on one site, for example, advertises the need for an editor for a Russian-language monthly: the work is almost every day (except Sundays) and the monthly salary is 100,000 AMD (about $243 USD) — actually, this is the first time I’ve seen an offer of such little pay for an editor position.

A posting on another site notes that experienced, well-informed journalists are needed, but when asked about the salary, the answer is very murky — it’s a monthly publication; journalists are paid 10–20,000 AMD ($24–48) for each piece, but if it’s a commercial article, the pay is 5,000 AMD ($12). Well, now go and figure out when an article is considered a commercial piece and when it’s not. It’s obvious that men can’t feed their families on this type of salary.

And it is for this reason that working in Armenia’s news media industry today are mainly women — particularly young women. And young female journalists aren’t rushing to improve the quality of their work, since they understand that, all the same, they won’t get a higher salary. Journalists run from one press conference to another, rush to the office, write an article quickly and with errors, which is then republished by several news outlets.

And what money do our soldiers on the media frontline earn?

In order not to compare with developed countries in the West, let’s see how journalists are paid in countries in the region. In Azerbaijan, the average salary is 300 AZN (about $380); in Russia and Kazakhstan, it’s $900; in Ukraine, $654. It’s only in neighboring Georgia that media professionals get paid less than those in Armenia — especially those who work in print media ($120–180 monthly).

Career Cast, which ranked 200 jobs in the US based on physical demands, work environment, income, stress, and hiring outlook, considered the job of newspaper reporter to be at 196th place — among the 10 worst jobs of 2012. Of course, it doesn’t help that the annual income of journalists in the US is $35,275.

Market specialists connect the decline in journalism’s reputation with the fact that the need for print media and daily news publishing in the Internet age has significantly decreased.

Though a journalist’s profession is attractive and adventurous, it is considered one of the most dangerous (consider attacks on media representatives). And then, journalists’ work hours are not set. Only we know how many nights we’ve spent at the office, writing anticipated articles.

Besides, a journalist’s brain doesn’t stop working even after the job is done. We have to come up with new topics and think about future stories, and be informed of all new developments. And it goes without saying that journalists are vulnerable to stress.