Medals and the Media 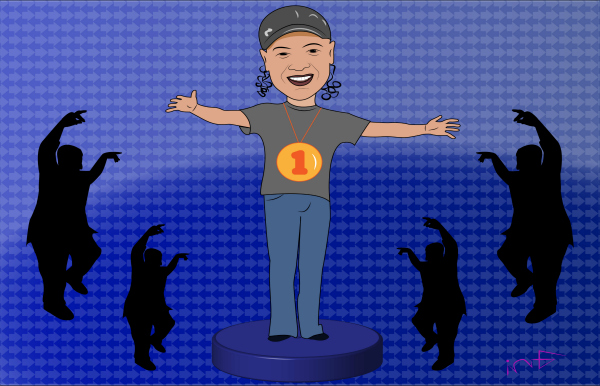 As you know, the president of the republic bestows many titles, medals, and awards, particularly on jubilee occasions, to people of different professions for their good work and achievements in their field. This has been the case during the times of all three presidents.

And during all three presidents’ terms, there have been complaints, particularly from journalists and news outlets, which have mostly been directed at local pop singers who have received medals and awards, particularly and especially those who enjoy a certain amount of fame and popularity. I want to specify what I just said by citing the example of the most popular and highly recognizable among us, Tata, especially since his becoming an honored artist was criticized and even ridiculed by local journalists at one time.

The reason for this is probably that everyone knows Tata Simonyan — some not only know him, but also like him — whereas few know our medalists or honorees from the fields of literature or painting in order to criticize or ridicule them. Though yours truly is familiar with our honorees and medalists from the field of literature, I haven’t read their works because most of it is not suitable or interesting enough to read.

To a certain extent I am also familiar with our honored painters and sculptors, and I can say that the honorees and medalists in these fields, as well as the prize winners, are not even famous or respected in their respective fields, unlike Tata, who is already known and liked outside the borders of our country. My referring to Tata so much is also intentional because it was Tata’s receiving the title of honored artist that was ridiculed and derided the most by local journalists at one time.

And Tata, actually, is the only one of those ridiculed who didn’t responded in any way to any journalist’s derision. And this fact is just one of the reasons for my fierce love of Tata; that is, his humane and gentleman-like behaviour. And although I am heartily defending him, I understand perfectly well that this particular honored artist has no need for my defense, and I also understand quite well that if Tata – who has been scorned so much by journalists, particularly female journalists – agreed to give an interview, they would pounce at the opportunity and try to outrun the others so that the honor and monopoly of getting that exclusive report be attributed to them.

But Tata isn’t particularly fond of giving interviews, and he has no need for more honor because his singing and his artistic behaviour is what makes him honored; moreover, he was honored before receiving that title from the Armenian authorities and neither does he distribute his music by selling it or giving it away free to various people and parties during election campaigns, and if he does so occasionally, it is probably so that he won’t stand out too much from his colleagues.

I continue to think only well of him because I too want to set myself apart from my colleagues whose minds it doesn’t even cross to see something good in their contemporary and especially honored artists. When I say colleagues, I mean not only journalists, but also writers because I consider myself a journalist as well as a writer, and I think I have that right especially now, at this moment, when I have begun to write for websites; moreover, my novel is already being offered on the website of local daily Aravot (“morning”) and not in the newspaper itself.

And now as a contributor to such websites, I would very much like to have at least one percent of Tata’s audience, and I use the word audience because whenever someone visits a webpage that in some way represents you, it remains unknown whether or not they actually read your work or just looked at it and saw it, whereas those who see Tata also listen to him, and when they hear Tata’s music at parties and weddings they get up and dance. And among them you undoubtedly will come across the same elite journalists and intellectuals who wholeheartedly will criticize Tata later on, considering him rabiz (an Armenian subculture).