In Armenia, Level of Access to Official Information Still Insufficient 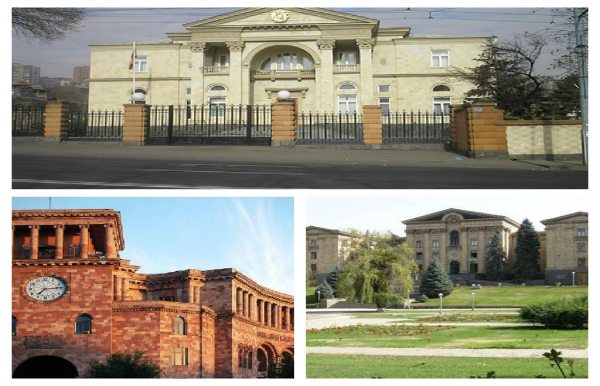 The president’s official website is periodically updated and the president’s activities are regularly reported on television; however, recently, the press secretary’s press conferences have completely disappeared, which I find it hard to explain.

Included in the National Assembly’s public and media relations department (head: Hrayr Zoryan) are the parliamentary information and media relations divisions. Armenia’s parliament also has a press secretary, Gohar Poghosyan, who at one time was declared a persona non grata, but later again assumed this position.

It should be noted that entering the parliament building is considerably easier — it’s enough to show your media accreditation card to the security officer at the entrance. Members of the press are relatively free to move about inside the building, but they have no right to enter the meeting hall (after the renovation). Instead, they can cover meetings from a special glass room at the top of the hall. Journalists aren’t too happy about this, since they’re not used to seeing the parliament’s work from above and behind glass. The only plus side is that journalists can now easily see how Members of Parliament vote — including if they happen to vote in place of their colleagues.

The person responsible for responding to the press at the government building is the prime minister’s adviser, Aram Ananyan. Though on the Government of Armenia’s official website we see that there is the position of press secretary, there is no name next to it. The last name of the head of the public and media relations department is also not noted. And this, when the areas and scope of government activity are quite many and broad.

It should be noted that journalists have various opinions (from content to dissatisfied) regarding the work of press services of state departments. However, to be impartial, let’s cite the findings of the research conducted by the Freedom of Information Center of Armenia and the RA Civil Service Council. Thought it has a four-year limitation period, it gives the general idea of the departments working with the press.

According to the researchers, the level of access to official information is still insufficient in Armenia. The Law on Freedom of Information sets a five-day period to respond to information queries. If additional work has to be done to provide the information requested in the query, then that work has to be done within 30 days. The applicant, thus, is informed within 5 days that he must wait (the reasons for the delay and the final deadline by which information will be provided is also noted).

Though state officials acknowledge that they are obliged to provide information, experience shows that this doesn’t always happen. According to the officials who participated in the survey, the main obstacles are:

The results of the monitoring of Armenian state bodies from Feb. 15 to Apr. 15, 2012, by the Yerevan-based Committee to Protect Freedom of Expression indicate that not all state bodies in Armenia make sufficient use of modern technologies and, above all, the Internet to provide complete information.

On the whole, only in the last few years have Armenian state bodies begun actively improving their websites and considering them as important sources of information and tools to communicate with the public.

The results of the study show that the majority of ministries and government bodies, as well as the ten regional councils have improved their websites, in terms of both content and technical characteristics.

The level of transparency of state authorities’ activities concerns many people — and not only journalists.