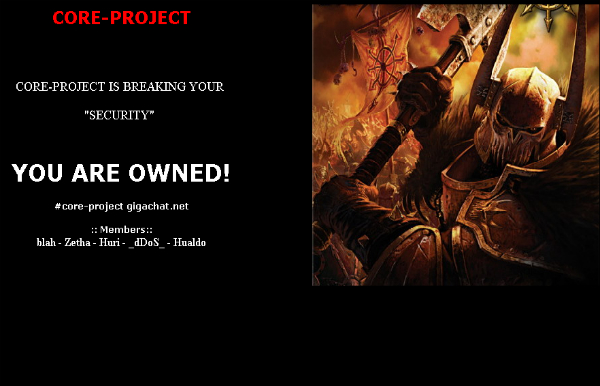 There’s a factor in the Armenian media industry that isn’t particularly taken into consideration — Azerbaijani and Turkish hacker groups.

A large portion of the attacks are on unknown sites, but platforms having a social impact are also quite often under attack. It’s already been a few years that state websites are under the protection of Armenia’s National Security Service, and for this segment it seems that the issue is resolved. But online news media continues to be under attack, as general solutions haven’t been found. Each news outlet resolves its security issue based on its capabilities.

Experience shows that not always are solutions in the case of news outlets successful. In the last two, three months the websites of at least the following news outlets were hacked: Armenpress, Hayastani Hanrapetutyun (“Republic of Armenia”) newspaper, Hayeli (“mirror”) press club, Delovoy Express (“business express”) weekly paper, News.mail.am, and the blog of Megapolis monthly.

The security of online news sites is starting to become a public issue. When the country’s news and information arena is constantly under attack and a significant portion of these attacks are successful, then we are dealing with a serious degree of vulnerability.

The current situation certainly isn’t very serious, but there’s a trend toward negative developments. The number of hack attacks isn’t decreasing; on the other hand, many news sites are in a very vulnerable state mainly for two reasons:

1. There are sites the editors of which don’t realize the seriousness of the issue.

2. For the majority of Armenian news sites, serious defense is financially unavailable, since in creating the sites, the matter of security isn’t calculated from the beginning and there simply isn’t a line in the budget set aside for it.

The matter of finding ways to solve the security issue of news websites is becoming ripe.

It can come in the shape of the state providing advice to all (there’s already a precedent: the presidential Center of Information and Public Relations organized a consultation for news outlets on the fight against DDoS attacks. So we can rely on this as a good example). Or, in the case of cyber threats, for example, we can use the capabilities of the local quick response expert team CERT. One thing is clear: if we do nothing, developments toward the better cannot be expected.