Approaching is the Loudest Day of Silence 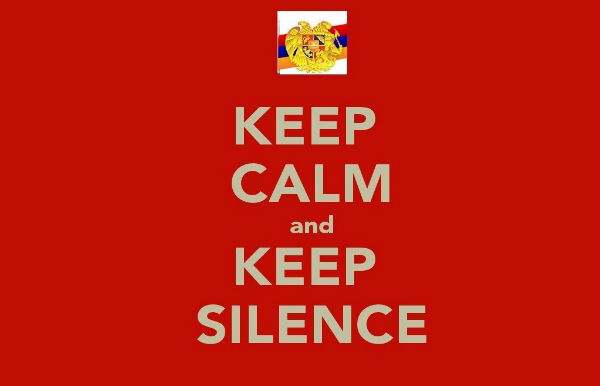 What does Article 18 of the Republic of Armenia Electoral Code tell us? It tells us:

It seems pretty apparent and understandable, perceivable, and logical. But it’s quite possible that this time what will happen will go against the law. It’s understandable that TV stations will stop broadcasting campaigns. Other traditional media and even a portion of online news media, mainly those that don’t operate according to partisan interests, that are open and transparent, will do the same.

Take, for example, blogging platforms. Not only do bloggers not consider themselves news media, but also it’s not clear how to view the affiliation of major blogging platforms: WordPress is an open-source platform developed by people from all over the world. Blogspot is a Google product. LiveJournal belongs to a Russian company; its servers are in the US. That is to say, these are platforms that aren’t controlled by Armenia.

So, for example, if the law required bloggers to observe the “day of silence,” Armenia either has to officially contact several foreign companies to ask them to shut down a given list of bloggers or ask internet service providers to block these blogging platforms for internet users in Armenia. In both cases, the following day Armenia would get a very “lovely” international image.

In the case of bloggers, the issue to some extent is resolved by ethics. Respectable bloggers follow the norms in such cases. Let’s look at another arena: the diversity of online news outlets. Here we have about a hundred websites that, more or less, are updated regularly. A significant portion of these have no option for providing feedback and it’s unclear who their editors and journalists are. A portion too don’t have Armenia’s .am domain and are located on non-Armenian servers.

The aforementioned platforms can be under constant observation, but the situation on social networks is even more dire. It’s theoretically not possible to oversee all 300,000 Facebook or 600,000 (Russian social network) Odnoklassniki users. For example, a political campaign ad on Facebook might be shown only to a targeted group of users and political parties can easily make use of this option.

We can go on like this forever, since there are also YouTube, Twitter, Vimeo, RuTube, Vkontakte and many other platforms that can be used by political parties, their supporters and opponents.

There aren’t many solutions to this dilemma. Like Russia, Armenia can try to legally prohibit bloggers to publish election campaign posts on the day of silence, which is a bad idea and a senseless option, since the state won’t succeed in keeping track of all the platforms.

The other option is to follow the example set by those countries where campaigning outside of the election campaign period is defined not by law but by a “gentleman’s agreement.” This is closer to being implemented. But will they be able to withstand temptation?

P.S. Actually there are a great many issues related to the Internet. Here’s but one example: even if an online news outlet follows the law and stops publishing news about the elections outside of the official campaign period, the site’s archives are still accessible to visitors.