When Assumption Becomes the News 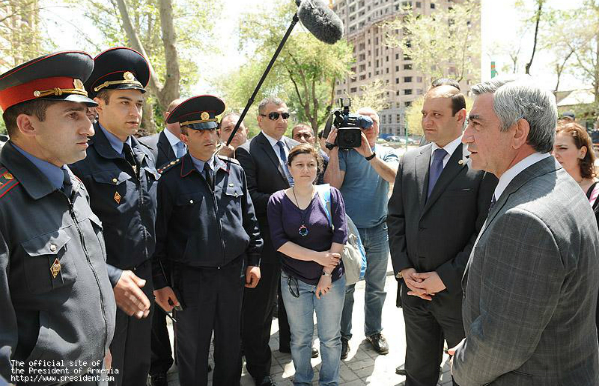 We’ve already become acclimatized to the fact that the information offered by the TV news industry is mainly positive — particularly in those cases when the news is about the actions, statements or decisions of state bodies and officials. This is done perhaps not only as PR for state bodies, but also to stroke the mind and eyes of TV viewers. No matter that in order to ensure a plus sign in the newsfeed, analysis or simple human logic suffers. As they say, what’s important are the good intentions, which hold greater weight than genuine news or the questions that emanate from the news.

For example, the TV might tell us that something tremendous has happened; meanwhile, the reporter is basing this news not on what actually happened but on what is assumed to have happened. But since this assumption comes from the ruling authorities’ lips, the reporter reserves the right to convey this information as indisputable reality and the truth from above.

This is approximately what happened when the president of Armenia recently visited Mashtots Park (which was presented as an impromptu visit, but for some reason he was recorded by about a dozen cameras) and said that the stores being constructed in the central Yerevan park weren’t beautiful and hard on the eyes. The president uttered this aesthetic assessment to the Yerevan mayor in an intimate tone and in the form of advice. He also urged the latter to find ways to demolish the kiosks — a move which environmental and civic activists have been demanding for over two months. The mayor responded, they will try to do so in a short period of time.

But all the local TV stations are reporting the sensational news that the “kiosks are being demolished,” which was to signal the happy end to the activists’ struggles. But is this fact? Of course not. It’s simply an assumption — and the assumption of an official who doesn’t have the mechanism to make such a decision at that. After all, city hall is a self-governing body which is not under the president’s area of control — in fact, there is no official decision to demolish the “not beautiful” structures and perhaps no such decision will be made. But reporters “forgot” to mention this, or they simply didn’t pay any attention. Local journalists generally have become very inattentive. And gullible.

When a journalist doesn’t even try to obtain logic and simply quotes in order to avoid unnecessary headache, it’s already unnecessary to speak of journalism ethics, wit, and professionalism. Now is the time to accuse him of disseminating misinformation.

The president said that which he needed to say (after all, the elections are on May 6) and the Yerevan mayor said that which was required of him. Journalists, in the meantime, wanted nothing and without wanting to, submitted reports to television networks. If they wanted to, at least they would consider that something (or several things at once) in this story is inaccurate.