Elections an End to the Masquerade for News Media 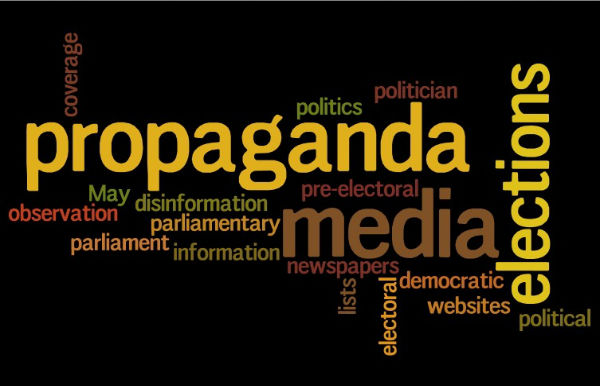 Under the circumstances in Armenia, where the advertising market is small and all those means of publishing and disseminating the news are expensive, elections for news outlets, apart from everything else, are also a way to make money. So news media waits for the elections, supposedly as a kind of panacea, while rubbing its hands in joy.

Election candidates pay news outlets not only to advocate for them, but also sometimes not to pay attention to them, simply to counteract their competitors’ anti-campaigning.

During the campaign period you become witness to extraordinary changes: all of a sudden the radical of the radical opposition news outlets partly becomes an advertising agent for ruling politicians. In its first few pages it picks on the ruling authorities, while in the back pages it praises some ruling politician or another. And it’s a good thing if it includes a sort of sign letting its readers know the story was paid for.

But independent of everything, it can’t be blamed. Keeping a news outlet going is hard work — especially in Armenia.

The election period also becomes an opportunity to put aside our masks. And it turns out that a news outlet, which ahead of the entire campaign period tried to market itself as balanced and unbiased, immediately begins to publish obvious lies — not even trying to correct them. And you think, perhaps those who insisted that this news outlet was created just for this were right? Simply waiting for some “x” moment, the news outlet was gathering an audience and trying to gain its trust all these years.

And these are only the parliamentary elections, when such phenomena isn’t so vividly out there. During the presidential elections, generally paying heed neither to observations nor legislation requiring balanced coverage, the mass media becomes full of targeted election campaigning.

I didn’t name any particular news outlet in this article, though I’m sure that an attentive reader who reads Armenian newspapers and visits Armenian news websites (I want to say nothing else about TV stations — everything has been clear about them long ago) has to realize that all the aforementioned remarks are addressed to very specific recipients.