Humor is an Integral Part of Journalism 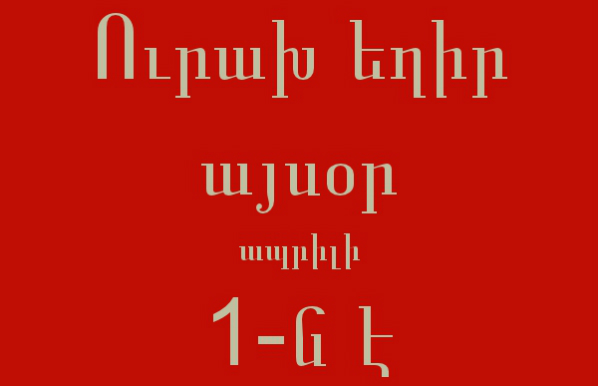 Journalism is a striking, interesting profession. The distant mission, the constant chase after sensational news, and the endless meetings with new people become a regular thing for journalists. Of course, there are also unusual, even funny situations at work. April 1st is a good opportunity to remember such incidents.

The female camera operator of then-Hay TV (present-day Channel 12) was filming MP Samvel Aleksanyan during a National Assembly meeting once, when he asked her: “Dear, what television are you from?”  — to which, without missing a beat, she replied, “Color”.

Here’s another story. A female minister we all know enters Zvartnots International Airport all breathless and to the first citizen she comes across, a journalist as it becomes known later, asks: “Where is the Czech Republic?” (naturally, she wants to know where the check-in desk is for Yerevan–Prague flights). “Next to Slovakia,” responds the quick-witted journalist, all innocent.

This next incident happened with me. In 1995, I had the honor of participating in the ceremony dedicated to the second bloc of the Metsamor Nuclear Power Plant resuming operations. Present were all of the country’s high-ranking officials, led by then-president Levon Ter-Petrossian. Among other highly esteemed guests, Supreme Patriarch and Catholicos of All Armenians, His Holiness Karekin I made a welcoming speech and gave a blessing. During his long speech, the Catholicos also mentioned the nuclear plant builders who also made a contribution.

“Glory and honor also to our glorious builders,” said His Holiness, directing his gaze to me. To tell the truth, initially I didn’t understand why our religious leader looked particularly at me at that moment. A journalist standing next to me, trying to suppress a laugh, advised me to remove the helmet on my head which had been gifted to all the journalists covering the event. It’s just that I had forgotten to remove the headpiece on time and the Catholicos had mistaken me for a builder.

There are quite a few funny stories connected to the mispronunciation of the names of well-known people from abroad. For example, out of excitement or anxiety, one journalist in Yerevan called then Secretary General of the UN Boutros Boutros-Ghali esteemed Mr. Batros Ghali.

One time, former Yerevan State University Rector Radik Martirosyan, presenting NATO’s Secretary General to several students, faculty members, and journalists gathered at the university, said: “I now give the mic over to Robert Johnson…” He meant George Robertson, of course.

Of course, there are several such funny stories, which journalist colleagues constantly remember and tell each other, for example, to make the time go by on the way to a job.

If you remember funny journalism stories, please share them in the comments section below.