The Disorder of Genres 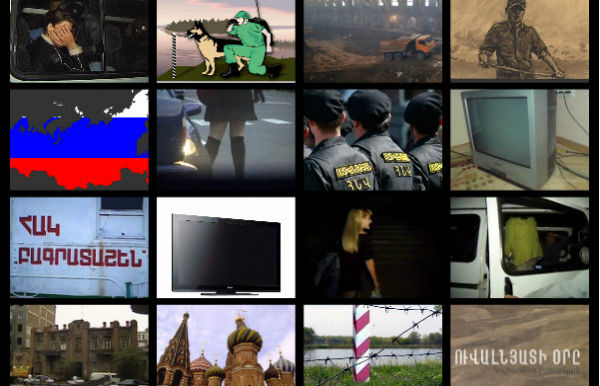 These days, it seems, an incident can be perceived at once as an encroachment committed on unshakeable grounds and as a daring and free creative expression. That is, according to interpretation, key individuals in an incident will either be condemned (including up to being sentenced and prisoned) or considered exemplary (receiving a medal, diploma or parliamentary mandates).

And since state agencies often make surprising, even stunning, steps, the work of the media industry has increased — since it’s those of us in media who try to find justification in quite meaningless decisions to present to the public.

Due to a change in the way the ruling system in Armenia has begun to work, absurd situations have increased in our lives. For example, colliding are moral norms and church rules, national security and the lexicon of young bloggers, the free trade of speech and the free trade of the body, false morality and market relations. Historical and cultural monuments meet the RA Minister of Culture and crumble, while the Armenian government alienates land and hands it over to another country as possession, portraying this act as a mission resulting from national interest.

Generally, apostles have increased in our country. Joining their ranks, for example, is the Military Police, which has asked local blogger Hovhannes Ishkhanyan to give written explanations related to his book of stories called The Day of Discharge. Then, also feeling the need for explanations was the central investigations division of the police (assuming the role of a missionary). According to law enforcement officials, the author is disseminating pornographic material and unsuitable vocabulary through his work, which harm girls’ dignity and the image of the army.

Alongside this, the police has banned a website (which publishes photos and a price list) that legitimizes the work of sex workers in Armenia.

We might also recall Yerevan’s partially demolished Pak Shuka (ironically, the “closed market”) with its uncertain future, which is being demolished under the guise of protecting historical and cultural interests (Armenia’s Minister of Culture mentioned sanitary norms, which are probably a priority for this state agency).

The absurd usually becomes stronger when something done in one genre (sector) is criticized by the rules of another genre (sector). A legal, cultural and criminal disorder happens, one of the “guilty” of which is Armenian television. It puts into circulation incidents, placing importance not on their genre, place or significance, but on the explanation of the ruling system. The incident, after all, is a little bit more than a record —it is also a context.

No television journalist asks herself why is the police defending our moral character, religion and mother tongue, while at that same moment TV stations are violating our mother tongue by broadcasting programs and films in a foreign language?