The Mechanics of Happiness 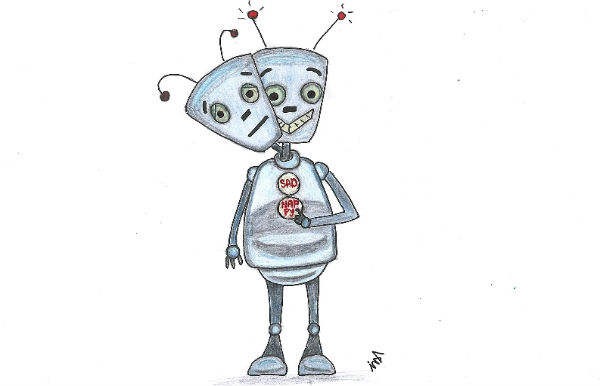 The numerous and countless families that Nazeni hosts on her show are not simply happy but personally consider themselves to be happy, and in this sense, they are all unique and in their uniqueness are really alike to one another — so, in this sense, I am indeed validating Tolstoy’s remark.

I quite agree with those who last year recognized Nazeni as the best female TV host. Nazeni really does everything in her power to save her program from her guests because people who declare themselves happy are capable of anything.

I am now speaking with irony about this endless number of guests of Nazeni’s because I know many of them personally and I can assure you that those declaring themselves to be happy are not all that happy. As I know and see it, of course.

Let me be mistaken in this matter, and it’s quite possible that I’m mistaken, because my perceptions of happiness don’t correspond at all to their perceptions — or rather, I can’t imagine that there are totally happy families in nature and in real life. To put it more accurately, unlike Nazeni’s daily guests, I haven’t yet discovered the definition of happiness and don’t know yet which Armenian families can be considered happy families.

And generally, I don’t know not only which families can be considered happy, but also who can be considered a happy person. The only accurate characterization of happiness, in my opinion, was given by Martiros Saryan: asked by a journalist what happiness is, he said, “Happiness is living.”

That is, we’re all happy. For now.

P.S. One memorable day in the 70s of the last century, we were sitting in the Writers’ Union cafe, if memory doesn’t deceive me, Vano Siradeghyan, Alvard Petrosyan, Roland Sharoyan and I. We were drinking our coffee when writer Manuk Mnatsakanyan, breathless, came in to the cafe, took out from his pocket and put on the table a piece of paper and said: “People, you have to help me. Moscow gave the green light on our film, but we don’t have a final title. Pick one of these titles for us.”

There were about 10 titles on Manuk’s paper — all were normal. One of the titles was crossed out but still legible — it was “The Mechanics of Happiness.” When I opined that the best one among them was the one that was crossed out, those present and especially Manuk laughed at me. A few days later, when I came across Manuk again at the cafe, he said that after thinking long and hard they opted for the title I chose.