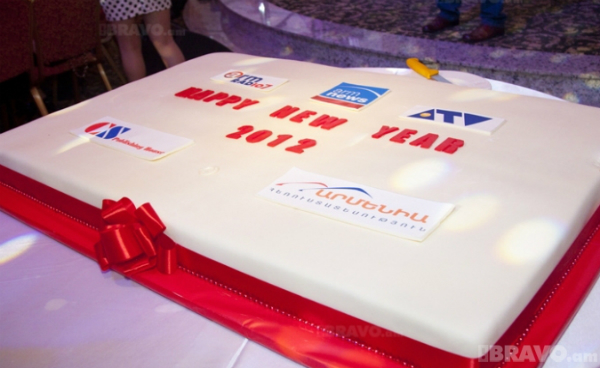 It can be said that Armenia’s Public Television is not the most influential in the country.

The First Channel remains at the mercy of Yerg Yergots (“song of songs”), the newly created Azat Goti (“free zone”), the weakened Haylur and soap operas.

The new company name, Panarmenian, itself speaks of claims (its radio station, for instance, has been renamed ArmRadio — Armenian Public Radio’s website address).

By the way, it’s not only First Channel staff who have gathered under the Panarmenian Media Holding banner. There are attempts to gather the who’s who of the media industry, those with perspective, the youth, the talented and the industrious.

Apparently, the issue is not the weakening of Public TV. The issue is offering TV viewers a new generation, new type of television. The sort of television that at least will have more agreeable news than Haylur, which has become predictable and unreliable.

I suppose, the parliamentary elections this year will be a test, when heavyweight Public Television which meets the obligation to report information through previously established TV strategy, tactics, ways and dosage will be no longer. Panarmenian Media Holding and of course Shant TV, however, are ready to step in.

In addition, the news won’t adhere to the heavy promotion rules of Haylur that Armenian TV viewers are used to. For instance, just as ArmNews was used to working in the genre of infotainment before, so it continues to operate this way. Broadcast is that which is happening and interesting to the public. All this is developing in a certain way. This station is just beginning to work with a full news schedule and has yet to gather a loyal audience.

It is expected that Armenia TV will have a stronger news slate. It’s a somewhat difficult task, since for years they’ve been trying to create a strong news program out of Zham (“hour”), but without much success (if, of course, we don’t consider the Gagik Shamshyan phenomenon).

Shant TV traditionally has a strong news program, which has been given new momentum by Armen Dulyan and Aram Abrahamyan.

The general trend is that Armenian Public TV’s role will diminish. This is natural. In many former Soviet countries, public TV is not the most influential.

The picture won’t really change much from these transformations. Just as before, TV programs will be able to be managed from one center. This is constant.

TV stations run by political parties and oligarchs — Yerkir Media, Kentron TV, AR — are out of the picture. Their audience, the portion getting a piece of the advertising cake, is quite small compared to Armenia TV, H1 and Shant TV — traditionally and continuously.