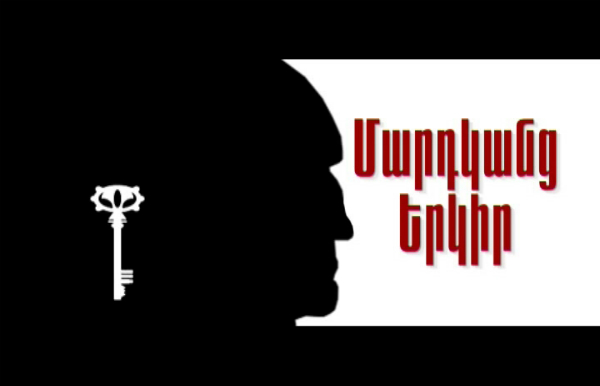 And just like that, Armenia’s Public TV Channel H1 shut down Syuzan Simonyan’s show Mardkanc Erkir (“land of people”). I was working at H1 when this series went on air. It covered people and events that were out of sight, which, conditionally speaking, were the invisible colors of life.

“There is only one real act and it is to bring people together” — this quote from Antoine de Saint-Exupéry’s Terre de Hommes (English title: Wind, Sand and Stars) opened each episode. You wouldn’t see the lead characters in the program with any news or special report not because they were people who had opposition sentiments. But what was interesting was that it was broadcast on H1.

Land of People described people who don’t look for meaning outside themselves; they are characters who give and receive meaning from the world themselves, nearly none of whom viewers would recognize. They don’t nag and don’t call on the authorities to help them keep clinging to this life.

When Syuzy was proposing this program, the same H1 had shut down her Hatuk Goti (“special zone” or “special corridor”) program, which was about people rejected by society and also about people who not only have been rejected, but also others have been consistently made not to be seen. That is, there was a program on H1 on crimes, but it wasn’t 1-02 [the name of such a program, and also the emergency number for police] since it wasn’t about murders and robberies, but about the human nature to consistently cause distress — and there’s no article in the criminal code for that.

H1’s new management was expecting a more lively and optimistic program from Land of People. The first or second episode already sobered up H1’s management. And it became known in the Land of People too — discussed are people whose fates have been crippled. The title of one of the episodes was “Complaint on Demand.” Heghine is the victim of an entire state organized criminal offense — she was moved from the Nubarashen orphanage to the mental health clinic in Vardenis because while still at the orphanage she complained of inhumane conditions and abuse to Ministry of Education employees. The orphanage workers who destroyed this girl’s life continue to work there today. “I don’t want to see sick children; I can’t sleep at night,” said H1’s Deputy Director for Programs.

Special Zone and Land of People were unique TV programs in the sense that the streets, outsiders, and crime became topics from time to time. It’s not that people rejected by society and out of the limelight were what H1 wanted and for this reason, both programs were aired late at night, say, at 2:40 am.

But how is it that H1 tolerated these programs? Because H1’s management didn’t recognize the intended recipient; that is, it didn’t know who is the person responsible for the issues raised by Syuzy’s program. A person sitting in the forest is speaking about the atrocities committed against the animal kingdom. Obviously, atrocities committed during the Soviet years are not talked about. If that person isn’t shouting about who is responsible for these atrocities, it seems to H1’s management that it’s a report about animals that are going extinct.

All programs, especially news programs, in all TV stations are broadcast from this angle — who is responsible for what. Why is it taboo to talk about the person responsible? Because it’s always someone in power.

Syuzy’s programs discussed values lost and thrown in the gutter, and at H1 they could’ve thought: who is the intended recipient of this episode? It was a funny situation: the episode was on air when the recipient, who it might have to do with, couldn’t be found. Who is the recipient (the person responsible, in this case) by H1’s standards? It’s glamour. That is, the management pictures its broadcasts to be glamorous. If Nazeni Hovhannisyan goes to Armenia TV, the Maya and Sophia Poghosyan sisters have to be brought from there, one of whom is also the editor of the glamorous magazine El Style.

When other TV companies talk of murders and other crimes, they do so without journalistic work — say, to disclose the social or psychological subtext of the act. There is no criminal or victim who has the right of speech on air.

There are no criminals or victims in Syuzy Simonyan’s programs — if there’s even a crime and as a result, death. “Complaint on Demand” is such an episode. Why aren’t there? Because the right of speech leaves it up to us to understand who she is, the victim or the criminal.

The episode “Crumbs” is dedicated to poet Gayane Babayan. It’s solely about the poet — her men, her god, her words. She died two years ago, from a car accident. But Gayane speaks of her sins and her feebleness. Who can say why Syuzy’s talking about Gayane Babayan? It means, the absence of the poet’s purity is felt in everything else; it means, you too are the victim, and the criminal.

How did Land of People differ from other reports on TV? Because the series didn’t have a fight to pick with the authorities or the public; it had nothing to hide or disclose; humans and their modes of existence was the entire meaning of every episode; and most importantly, it was evident that they have nothing to ask or plead from the powerful of this world and don’t owe them anything. This is why the principal characters in Land of People are poet Gayane Babayan and Heghine Kirakosyan locked inside with her truth in the Vardenis mental health clinic.