Good-Quality Scripts are Not in Demand 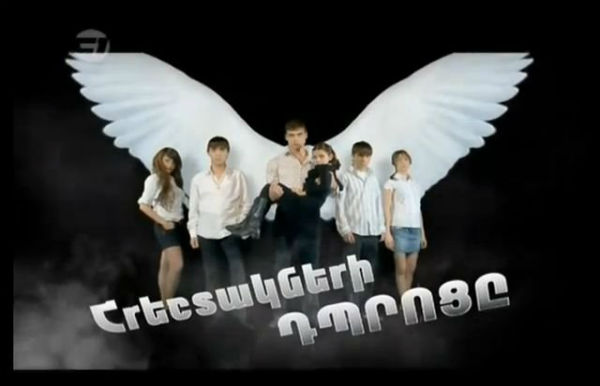 No matter how odd this may sound, despite the fact that nearly everyone complains of the quality of Armenian soap operas — the actors filmed in the shows, the producers of these shows, journalists, the intellectuals left as a legacy to us from the Soviet Union, TV viewers — neither the soap operas undergo a qualitative change nor do their ratings fall.

As is the case with Armenian cinema, so too with locally produced TV soap operas — there’s a widespread belief that the issue is the lack of good screenwriters and professional screenwriters.

First, let’s turn to technical issues. Scripts for Latin American and European soap operas for the most part are the result of team work — compare this with Armenia where basically one, or at most two, people work on a script.

The reason of course is money. The price of a script for one episode in Armenia is such that it is too little to be divided among several people. But for one person, it’s a tremendous amount of work: the script for a 30–40 minute episode, by rough estimations, comprises 30–40 pages, including actions and dialogue.

Compiling a 40-page document on the computer is already hard enough, but when you add the creative endeavor, it’s understandable why the “fluff” in soap operas produced in Armenia is so great. It’s hard to write 40 pages a day and produce good quality work.

The scriptwriter of an Armenian soap opera has to be very resilient and always ready to change plot developments and ideas planned in advance.

The day’s writing is filmed the next day and appears on air a few days later. There isn’t the practice of filming a show till the end of the season or at least a significant portion of it before going on air. The reason again is financial investment. No TV company dares to invest that much money up front with the expectation of receiving income later.

TV viewers might be perplexed at the abundance of sudden deaths and the just as sudden resurrections of characters in domestic productions — not to mention the sudden disappearances and unexpected appearances of characters. But the reason is very simple.

When a soap opera actor leaves the show for financial or other reasons, the scriptwriter is forced to remorselessly “kill” or have “go missing” a character, and when the issue between the actor and the TV station is settled, the scriptwriter within a half a page immediately “resurrects” or “finds” the character.

Resilience is necessary also for quickly responding to sponsors. When the show’s sponsor is some restaurant, then, naturally, a portion of the scenes must play out in a restaurant, where the characters must drink the wine or brandy produced by yet another sponsor.

But if the sponsor suddenly changes and the restaurant is replaced by a beauty salon, then, naturally, the scenes have to take place in a beauty salon. This is one of the reasons of the crazy rhythm of shooting soap operas and explains why backup episodes aren’t filmed in advance.

TV companies and producers don’t ask scriptwriters to produce good quality work. Quite the contrary — they are asked to ensure high ratings. And when you look at the list of ratings for soap operas, you get the impression that the principle of “the worse the quality of the product, the higher the rating” is at work.

The topic, style and important plot developments of soap operas are basically dictated by producers. Thus, in this case, the opinion that the reason for the poor quality of Armenian soap operas is the lack of high-quality scriptwriters isn’t accurate.

On the contrary, there simply isn’t a demand for high-quality scriptwriters and good quality scripts in the TV market. And the professional scriptwriter — in order to make a living — is forced to make concessions.